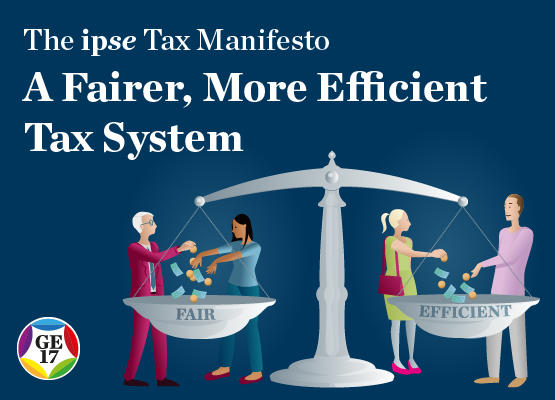 The UK tax system is no longer fit for purpose. It's based on an outdated principle that all income tax payers are employers or employees, which they are not. Not anymore at least. There are now 4.8 million self-employed people in the UK, representing 15% of the workforce. This is not a peripheral group, this is a significant pillar of our economy. And as the number of self-employed continues to rise, the cracks in the tax system are beginning to show.

That is why IPSE has today (31 May) released our Tax Manifesto: A Fairer, More Efficient Tax System. It’s time for a fresh approach to the way work is taxed – and it must be built around the way people want to work, not the other way around.

Our tax manifesto builds and expands on the points made in our main manifesto in which we are calling for a fundamental review of the tax system. We need to look beyond the existing system and think about how a transparent, fair system for the self-employed would work.

For too long tax policy has been geared to capturing different forms of work and processing it through the outdated system. IR35 is a prime example and the recent changes to the way it works in public sector has heaped yet more misery on an already overburdened population of tax payers.

One idea we have developed, with EY, is a concept called the Freelancer Limited Company (FLC) – a corporate structure much like the current Limited Company but one which is tailored to the needs of those who work for themselves. Crucially, the FLC would be exempt from IR35.

We also call for the next government to ease the transition into Making Tax Digital (MTD). There has been too much of a rush to implement what will be a major reform of the way tax is reported (and in the long term, possibly paid). IPSE is not against the principle of MTD but businesses must be given a chance to adapt to the change gradually over time.

The last government’s attempt to hike the rate of Class 4 National Insurance Contributions was met with fierce criticism, forcing a U-turn. But the intention was clear – it wanted to increase tax paid by the self-employed. The next government must think carefully before attempting such a hike again. We must have a proper, comprehensive consultation so that the impacts of such a move can be fully considered.

Finally, we believe HMRC should not have the power to make policy and should instead focus on enforcement and collection, which, after all, is what it has been set up to do.

We believe that all of the ideas in our tax manifesto are achievable and we are looking forward to working with the next government to improve the tax environment for the UK’s self-employed.

A Fairer, More Efficient Tax System can be read in full here.