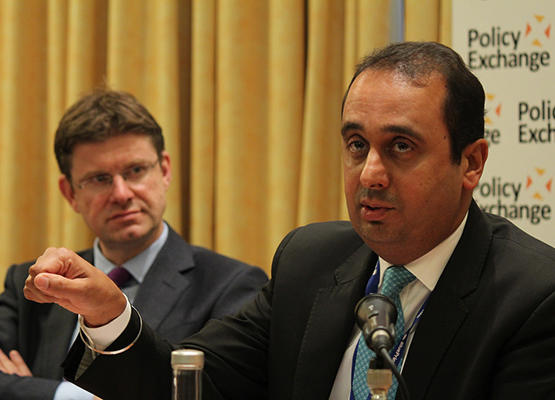 The collapse of Carillion has put late payment in the spotlight. Whether failing to pay on time or imposing punishing 120-day payment terms on those who supplied work, the construction giant was notorious for its poor payment practice.

This will be little surprise to the self-employed, for whom late payment is a perennial problem. Evidence shows that freelancers spend on average 20 days each year chasing invoices for late payment – time that equates to an estimated £16.5 billion in lost income. Late payment can be crippling for the self-employed, who may not have the reserves to cope when their cashflow is under pressure.

That’s why IPSE is very pleased that athe position of Small Business Commissioner, a post filled by Paul Uppal, has been created. We first called for the creation of this position a number of years ago, based on the model established in Victoria, Australia. We envisage the Commissioner playing a leading role in changing the culture of late payment and, having met him last week, he is clearly determined to make a real difference.

The Commissioner will be able to name and shame the worst offenders in his report to Parliament every six months. This will be a valuable platform, but we would like to see the Commissioner given more powers in order to make an even greater impact. Unlike his Australian counterparts, Uppal will not have the ability to issue fines to culprits or compel companies to attend meditation services.

As well as cracking down on late payment, IPSE wants to see Uppal examine the issue of unpaid work. This is endemic in the creative industries including film, fashion, music and sport. In these saturated and ultra-competitive industries, unscrupulous businesses are exploiting people’s desperation to get their foot in the door.

They ask freelancers to work for free in order to gain “experience” or the “prestige” of working for a well-known brand. This is unfair, devalues the industry and means that only those with deep pockets can afford these freelance opportunities.

Research conducted by IPSE and The Freelancer Club found freelancers working in creative industries have, on average, completed 31 days of unpaid work in the last two years – losing out on £5,400 of income each year in contracts that don’t pay.

Perhaps most shockingly, it’s not just those looking to break into an industry – our survey found the average freelancer engaging in unpaid work has 7 years’ experience.

We look forward to working with the Commissioner over the coming months and years to ensure a leveller playing field between large businesses and the self-employed people they engage. The Commissioner’s website, is now up and running and provides guidance about the process of lodging a complaint if you are experiencing an intractable problem with a client.