The coronavirus pandemic has shone a stark light on the fragile finances of the UK’s freelancers. Since the lockdown measures were introduced in March, the evidence has mounted that the self-employed have been one of the groups hardest hit by the resulting economic downturn. Despite the vital intervention of the government’s Self-Employment Income Support Scheme (SEISS), many of those who work for themselves have missed out on financial help and seen their incomes drastically reduced. 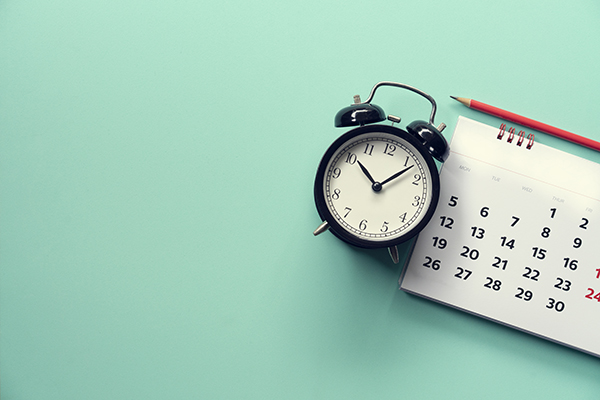 While the self-employed are used to having fluctuating earnings from month to month, the pandemic and the associated lockdowns have undoubtedly exacerbated this situation. To try and further understand freelancers’ financial circumstances, IPSE and our partners Starling Bank recently collaborated on a dedicated piece of research looking at their finances during the pandemic. The report, published this week, looks at everything from taxes to how many have been able to access the government Covid support packages.

One particular focus of the research is late payment. As we know from previous research, late pay is the scourge of the self-employed, with SMEs being owed £23.4bn in overdue invoices and creative industry freelancers losing an average of £5,400 a year through unpaid work.

So, what do our latest findings tell us about the problem, particularly during the pandemic, and is there any sign that government policy might change on this soon?

Unsurprisingly, our new research shows that late payment remains an issue that affects the majority of the self-employed. Over half of the respondents (56%) said they had experienced late payment in their self-employed career and, concerningly, this figure increases substantially for groups such as lower paid freelancers (65%), women (67%) and younger freelancers (65% of those aged 16-34). More than half (60%) of the freelancers surveyed also said they were asked to complete work for free to gain skills, exposure or industry experience while self-employed.

Worse still, while many businesses have treated suppliers fairly during this difficult year – and industry initiatives such as ‘Pay it Forward’ have gained publicity – the payment situation has deteriorated during the pandemic. Over a third (36%) of respondents said instances of late payment had increased since the beginning of the crisis and only eight per cent said they had decreased. Our findings, sadly, align with other research by organisations such as the Credit Protection Association suggesting businesses have gotten worse at paying on time during the crisis.

Again, particular groups of freelancers appear to have fared worse than others. Younger (57% of those aged 16-34) and less experienced (53% of those who are self-employed for 1-3 years) freelancers were the two groups most likely to indicate they had experienced an increase in late payment. This is doubly concerning as these are also individuals who may have been affected by the government’s decision to rely on 2018/19 tax returns for eligibility to the SEISS – meaning newer self-employed businesses formed after April 2019 could not access  financial support.

The impact of late payment on finances and wellbeing

While late payment is never good news it is arguably more serious than ever at a time when many freelancers’ sources of work are drying up or closed off altogether. Statistics from the ONS indicate record falls in the number of those in self-employment and IPSE’s Q2 2020 Confidence Index showed a 25 per cent drop in average earnings for that quarter.

Put simply, this is costing the self-employed time and money at a moment when they urgently need more of both. Our research showed, on average, freelancers wait 32 days to receive a payment from a client. However, a significant proportion – one in seven (15%) – usually have to wait 59 days or more to receive payment for the work they have completed. Freelancers who experienced late payment are currently owed an average of £5,140 for the work they have completed.

This has serious knock-on consequences for their finances. Looking at freelancers’ financial circumstances, close to a quarter (23%) of those we surveyed reported using up all or most of their savings as a result of late payment. Over a fifth (22%) also had to use their credit card or overdraft facility, while one in six found themselves with no money to cover work-related expenses (17%) or basic living expenses (15%). The need to access other sources of income is unsurprisingly most acute among those groups – such as younger and lower paid freelancers – at the more precarious end of self-employment.

Our report also delves deeper into the impact of late payment, not just on freelancers’ business finances but their livelihoods as well. Beyond their finances, late payment had a significant negative effect on the mental health of freelancers who had experienced it, with half (48%) feeling stressed or anxious as a result and a third (31%) losing sleep over worry. The report found that it also left many feeling less productive or unable to concentrate on work.

Thankfully, there may be some good news on the horizon when it comes to late payment. After years of campaigning by IPSE in which we have called on the government to take stronger action on payment practices, it looks like real policy change might finally be coming.

Last month, the government announced it would be consulting on expanding the powers and remit of the Small Business Commissioner, an independent public body dedicated to tackling payment problems. Among the proposed reforms, the Commissioner could soon have the power to:

You can read more about what those proposals might mean, and our take on them, here. IPSE endorses the proposals mentioned above and we will be putting in a full response to the consultation in the coming weeks.

In the near future, however, it is clear from our report with Starling Bank that freelancers need help in the here and now. The government should take notice of their fragile financial position and, at a minimum, reconsider the scope of support available to the self-employed as we continue to battle against the coronavirus and head deeper into the hard winter months.