The Autumn Budget: exploring the economics 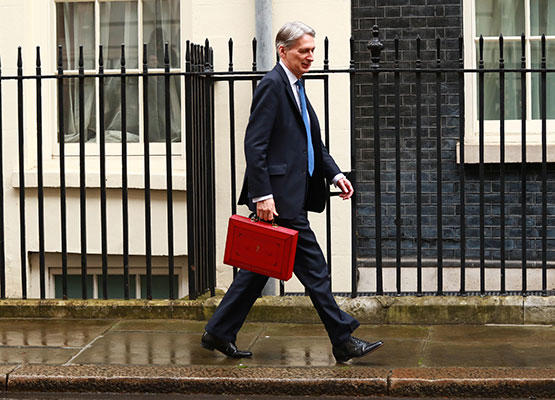 Heading into the Budget, Chancellor Hammond was under pressure to deliver some better news on the economy. Unfortunately, the economic backdrop provided the Chancellor little wriggle room, or ‘headroom’ to use the economic word de jour, though he still managed to strike an optimistic tone.

The plan for Corporation Tax reductions remained the same. However, there was one change to note for companies that are planning to sell assets – though this won’t affect the typical IPSE member. The Corporate Indexation Allowance available to companies which sell assets for a capital gain will be frozen from 1 January 2018. Inflation accruing after this date will not be available for companies when calculating the value of the capital gain.

So, what is the economic backdrop informing the decisions of the Chancellor? The three main issues the Chancellor must grapple with are economic growth, productivity and the public finances.

On economic growth, the OBR delivered bad news for the Chancellor. Economic growth was downgraded and is now expected to average 1.4 per cent-per-year over the next five years. The next two years will see the largest fall in economic growth due to Brexit-related uncertainty and productivity problems – a downgrading that will cost the Treasury £40 billion over five years.

Whilst improvements in public finances are welcome, we must remain cautious. The downgrading of economic growth is expected to cost £40 billion over five years. The Brexit Divorce Bill may amount to another £40 billion. Measures introduced in the Budget will further cut into the fiscal headroom that Hammond left himself, so,  going forward, he must be careful sticking to his deficit reduction plan.

Overall, the downgrading of growth and productivity is a major problem for the Chancellor. His fiscal headroom has been halved, so further reductions in forecasts may mean he misses his own fiscal targets. But for the time being at least, he’s resisted tampering with the government commitments on the Personal Allowance, the Higher Rate Threshold, Dividend Allowance and Corporation Tax.