Meet the woman who took on HMRC, and won

“This case was never about the money, it was about fairness. It was about standing up and fighting an organisation who was cherry picking how the law works to bully me.” Those are the words of IPSE member Susan Winchester, a marketing contractor who this month defeated HMRC in the ultimate tale of David versus Goliath. 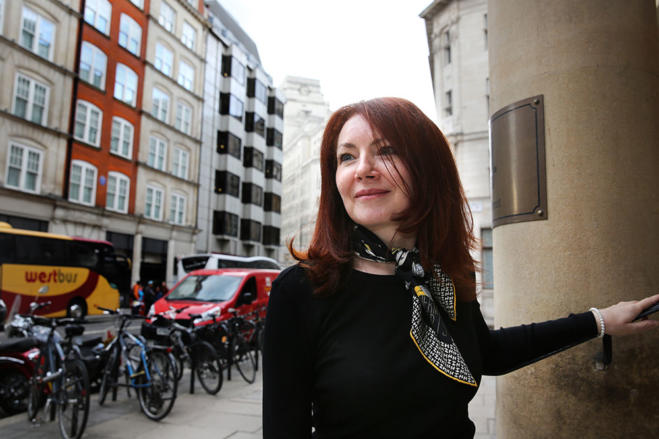 The landmark case – funded and backed by IPSE – saw Susan successfully claim £4,200 after HMRC deemed her to be ‘inside IR35’, fundamentally changing her employment status to ‘worker’, but not ensuring her legitimate right to holiday pay.

A marketing professional since 2006, Susan worked on various projects across the financial services sector before incorporating her personal service company – SJW Marketing Solutions Ltd – in January 2013. Enjoying the flexibility, autonomy and increased earning power that contracting afforded her, Susan worked on a number of projects in both the public and private sectors before taking up a four-month contract with HMRC in September 2016.

“My details were online on a number of recruitment sites and I was contacted by a recruitment agency in August about an opportunity with HMRC,” Susan said. “They’d lost a couple of members of staff and needed help to manage various campaigns. I had an interview, was offered the role and was contracted through my limited company on what was initially a four-six-month contract.

Susan helped run six campaigns and had autonomy on a day-to-day basis. As the end of the initial contract approached, a senior member of staff inquired about her interest in a fulltime role. She declined, but the initial contract was extended. That was the first of what became a series of contract extensions.

Two months after Susan’s contract with HMRC commenced, the Chancellor Philip Hammond announced at the 2016 Autumn Statement that, by the following April, reforms would be introduced that would shift the burden of determining IR35 status from the contractor to the engager. Following the announcement, but prior to the reform’s implementation, Susan had extended her contract at HMRC in the understanding that she would be paid through her personal service company.

“I was contacted around the 16 of March, not long after I’d accepted a contract extension until the end of June,” She continued. “I was contacted as I was leaving the building by my recruitment agency, and they told me they’d just received a spreadsheet from HMRC and my name was on it as ‘Inside IR35’. My manager at HMRC had been sent an email and asked to fill in a questionnaire – which he later forwarded to me – but I wasn’t given the opportunity to have any input to it.”

It was the results of this questionnaire which led to her ‘inside IR35’ status.

“I was told I absolutely had to find an umbrella company, but nobody would actually tell me why. I decided that I was going to fight it. I sent a number of emails to various people within HMRC trying to determine who had made the decision. No response was forthcoming from anyone.

“I sent an email to an address that had been set up specifically for IR35. Twice I emailed it, and twice no one responded. Eventually I was given a document that had a section saying: ‘What happens if I am unhappy with the decision?’. It was completely blank. I didn’t understand why somebody could make an arbitrary decision about my tax and employment status based on a piece of paper that I had no input to and no apparent right to challenge. I was forced down a road that I didn’t really want to go down.”

Susan had refused, initially, to accept the PAYE terms. Her recruitment agency, without her permission, had passed details on to their preferred umbrella company. Furious, Susan refused and began to investigate CEST – the tool which, with a series of brief, over-simplified questions, had determined that she was ‘inside IR35’ and therefore employed for tax purposes. It was then that Susan contacted IPSE.

“Andy Chamberlain [IPSE’s Deputy Director of Policy] told me about the work they’d been doing against this terrible tax. We talked about the CEST tool, which was very rushed – it was supposed to be there in January, but they had only launched it three weeks before the rules were implemented. I used the tool [then the Employment Status Service] and it was only a few questions. How can you assess something in so few questions? It’s so flawed.”

However, with her contract extended to September 2017 and keen to resolve her working arrangements, Susan began contacting a list of approved suppliers provided through HMRC in April. By this stage, having not yet signed a contract with an umbrella company, Susan had not been paid for five weeks. In the end, having been told she had no choice, she signed a contract with her chosen umbrella company and continued supplying her services to HMRC.

“After the initial correspondence with IPSE, I came in for a meeting with Andy and Simon McVicker [Director of Policy] in July because I was still incensed that I should pay National Insurance as both an employee and an employer,” she continued. “Someone had made the decision to change my status without giving me any of the employee benefits. HMRC were having their cake and eating it. Chris Bryce [IPSE CEO] came in and asked how far I was prepared to go. I said, ‘the entire way’. I thought I had a case and IPSE agreed to take me on in that meeting.”

That same July, IPSE partner, Abbey Tax, assessed Susan’s working practices and found her engagement with HMRC was indicative of self-employment. IR35, therefore, should not have applied. In September, IPSE asked Travers Smith LLP – a leading corporate, financial and commercial law firm – to look at the paper work. They too said that the evidence clearly showed that the contract should be with Susan’s limited company, not Susan herself. A case was building.

By this stage, Susan had been operating through an umbrella company for a number of months; first through her chosen umbrella until July, and then through her agency’s original preferred suggestion until the conclusion of her contract in September.

Following the meeting with IPSE and Travers Smith, she was advised that she was an agency worker supplied to HMRC by her recruiter and was therefore entitled to clear and transparent holiday pay  under the Agency Workers Regulations in addition to her daily rate. Her daily rate had remained unchanged from her initial contract with HMRC through her personal service company to when she was an agency worker. Evidently, neither umbrella had paid holiday pay, and had instead sought to “roll up” her holiday pay in her daily rate.

“I had never agreed that holiday pay should be included in my daily rate under any new arrangement until I had signed a new contract with my recruiter with updated terms and conditions that reflected my new status,” she added.

In October, the recruiter ignored three further emails from Susan, so in November she filed a complaint with the Acas Early Conciliation service. The respondents were HMRC, her recruitment agency, two umbrella companies she had been an agency worker through and one other entity in the chain.

“When it had become clear that the parties in question were not going to pay, then we could bring everyone else into the fold. Over the subsequent months, we then proceeded through all the appropriate channels and took HMRC to tribunal. IPSE has been involved throughout.

“I’ve always been prepared to go as far as we needed to go. It’s never been about the money, but about shining a spotlight on unfair practice. It’s an incredibly unfair environment for contractors, who take on all the risk without employee benefits and only a one-day notice period. Nobody ever stopped to think how this law would actually work in practice and how it would affect people like me. So, I was always prepared to take up the fight.”

With IPSE and Travers Smith orchestrating Susan’s case, a judge was assigned, and the tribunal was set to begin on Tuesday 11 September 2018. But, with the parties assembled in the court on the morning of the first day of tribunal, an 11th hour settlement was reached – HMRC and the umbrella companies agreed to pay the full claim.

“I won’t drag people into court without good reason. We’d asked for a small amount of holiday pay, and confidentiality rights to be waived. Once they had been met, I couldn’t see how I could take them to court. We haven’t changed IR35 with this victory, but it is another step in our challenge against it. There are cases coming out on a regular basis and if there’s enough people that get behind this, then we can change it.

“I couldn’t have done it without IPSE, who have been incredible. It’s so good there’s an organisation to help. I spoke with another organisation and they seemed to accept HMRC’s decision immediately and wipe their hands with me. I was very disappointed by that. But I’ve been extremely happy with the way that IPSE got behind me and helped me take this fight to them. IR35 is unfair. But collectively, as part of IPSE, we can do far more against IR35 than we could alone. As IPSE, we can challenge this and not let it go.”