Pensions: A life full of beans for the price of a coffee 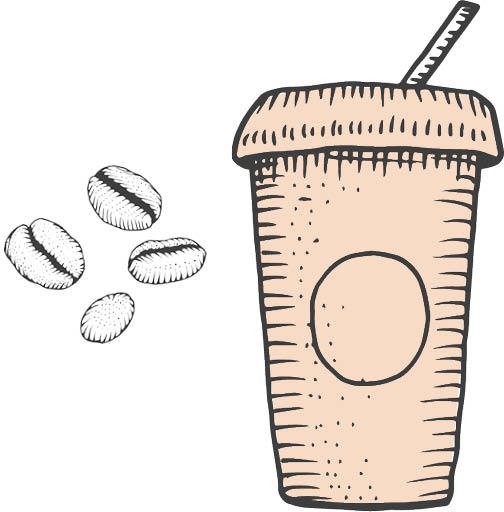 Pensions: an unattainable concept and distant concern that strikes unease and trepidation into the hearts of the UK’s population. Irrelevant of where you read your news, the pensions outlook has long been considered bleak. Unfortunately, the looming shadow on the horizon will only grow more severe unless positive change isn’t enacted, urgently, by both Government and the pensions industry.

IPSE’s landmark report – ‘How to solve the self-employed pensions crisis’ – found that, with just 31 per cent of the self-employed saving into a pension, there is an unavoidable need to act now before it is too late. The report finds that if the ‘pensions crisis’ is not addressed and the over-reliance on the state pension not alleviated, sooner rather than later we will face serious consequences as the current generation approaches retirement age.

Given the absence of an employer to enrol them and the lack of control associated with it, Automatic Enrolment (AE) simply would not work for the self-employed. And without a workplace pension, too many may rely on the modest state pension which runs the risk of increased pensioner poverty.

Right now, there is a dangerous dependency on the already over-burdened and heavily-funded state pension. With its long-term viability called into question in recent years, where does that leave the swathes of self-employed people who may be forced to rely on it as their primary source of retirement income?

Presently, there is a dearth of pension products that are tailored to the self-employed. Despite that, the self-employed – those who have taken on the onus of running every aspect of their business – have an obligation to be proactive, seek advice and begin saving for a secure and stimulating retirement.

So, to highlight the importance of supplementary savings, My Money met two self-employed people with very different saving strategies. Meet Sarah and Martin... 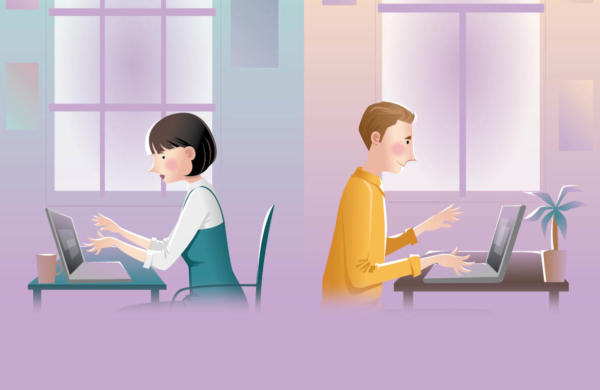 Sarah is savvy. On top of her state pension entitlement, she is saving an additional £100 per month into a private pension pot. Sarah has noticed that she’s been spending a lot of money on coffee lately and has instead decided to put that cash to better use: her future. She knows that by foregoing that tall, non-fat latte with caramel drizzle every day, she is investing in something far more desirable: financial peace of mind.

Martin, on the other hand, is relying solely on the meagre state pension of £164.35 per week. Both Martin and Sarah are the same age, do the same work, and earn the same annually; but Sarah has identified that making a small monthly sacrifice now will have huge benefits when she comes to retirement. For Martin though, retirement is a distant worry, and so he is instead focussing on the here and now and leaving thought of later life until, well…later life. 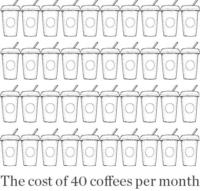 Having graduated from university aged 22, Sarah and Martin are embarking on the first stages of their careers as freelance graphic designers. And, so far so good – both have invoiced for £30,000 worth of work in the first year of being their own boss. While Martin has been deterred by the lack of flexible pensions products and the complicated, inaccessible jargon adopted by providers, Sarah has decided she is comfortable enough financially to sacrifice some of her earnings.

Her first step? Starting a private pension and beginning to make her regular £100 deposits. In the absence of a flexible sidecar pension scheme with the option of a “rainy day” fund – something IPSE called for in its report – Sarah’s money is locked in. But she’s ok with that - her monthly deposits add up, and as the years go by so too does the size of her private pension pot and the contributions she makes.

Now, 43 years is a long time to wait, but thankfully My Money has access to a pensions time machine. After a long and stimulating career, both Sarah and Martin are ready for a well-deserved retirement; and the experts at Old Mutual Wealth have been crunching the numbers to calculate the annual income each will have in retirement.

Martin, who will have a retirement income of £13,700 per year, may be looking over slightly enviously at Sarah whose income is £19,200. It may not sound like a significant amount, but if Sarah and Martin live until they’re 82 (the average life expectancy), that’s an extra £93,500 – not a bad long-term investment! 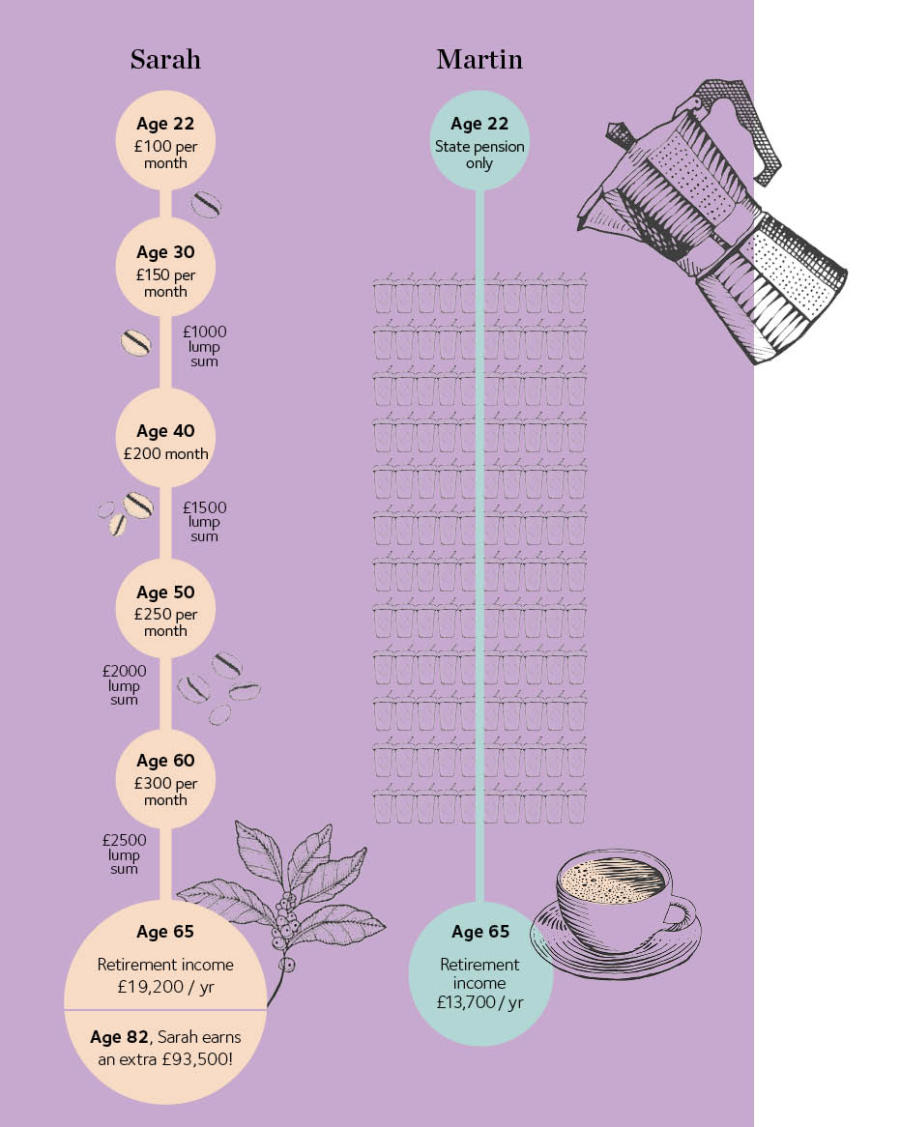 In a rapidly changing world of work, where flexibility and work/life balance are more sought after than security and the guarantees that come with employee pensions benefits, the lack of savings products that are tailored to the self-employed is a major concern.

There is a real risk that, like Martin, more and more self-employed people who are not saving for later life will turn to the state pension as their primary means of retirement income. This is not only a problem for the Government – which according to the Office for Budget Responsibility spent £91.6bn on state pensions in 2017 – but also for the self-employed individuals themselves.

The pensions landscape for the self-employed is far from adequate. But there also is an obligation on the self-employed to take control of their finances and be the masters of their fate. After all, the additional £5,500 Sarah will have access to in later life is the difference between pensioner poverty and a happy, fulfilling and secure retirement.