A new start for Labour?

The new Labour Leader Keir Starmer gave his maiden ‘conference’ speech from a lonely podium in Doncaster. Having been selected by a huge majority of Labour members in April, this was probably not what he had in mind when he set out to follow Jeremy Corbyn as leader of the opposition. Most party conferences this year have gone online - for obvious reasons - offering a stripped-back timetable of events, mainly for free. 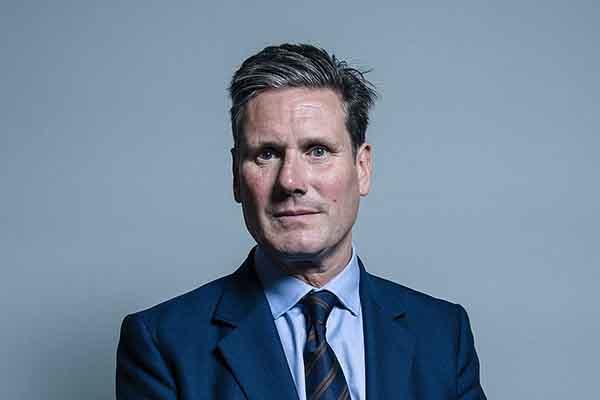 Starmer and his team have sought to constructively challenge the government on its approach to coronavirus and the economy, whilst offering a refreshed picture of what the party can offer. They have begun to draw level with the Conservatives in the polls since the summer, however with the election due to be in 2024 and the government’s huge majority offering some stability, they are yet to outline specific policies.

Starmer’s top team include Anneliese Dodds, who prior to appointment as Shadow Chancellor has spoken eloquently on IR35 and the benefit of high skilled freelancers to her Oxford constituency. MP Jonathan Reynolds, Shadow Minister for the Department for Work and Pensions is a strong critic of the ‘minimum income floor’, which punishes freelancers accessing Universal Credit. IPSE has met both over the last 18 months to discuss these issues along with other MP’s such as Rachel Reeves, who spoke at our conference event in Brighton last year.

It remains to be seen what the party will do to appeal to the self-employed in its next manifesto. However with Labour MP’s in support of freelancers left behind by the government Self-Employed Income Support Scheme (SEISS), and open to IPSE’s concerns on a range of issues, there is hope that Labour along with the other parties can set out an agenda which fosters a better environment for freelancers.

What the Labour party can offer the self-employed

I spoke at a roundtable focussing on how the party can better appeal to freelancers. Co-chaired by pub owner Liz Hind, and freelancer (and IPSE member) Philip Ross, it was also a space for discussing which policies would best support those affected by COVID.

Speaking first, I outlined the economic effects of coronavirus and social distancing on freelancers. They have seen a 25% hit to their incomes, whilst more than 250,000 people have been forced out of self-employment due to the crisis. I also highlighted how the Labour party could better support those who work for themselves, even though there has been some backing for those left out of government support (particularly ltd company directors and the newly self-employed).

In the last election the party lost 61 seats, only gaining one – Putney, in south west London. Of those 60 net losses, 48 had majorities smaller than the number of self-employed in the constituency, so the self-employed potentially had a big impact on the result. Most of those seats went Conservative, with the remaining 7 going to the SNP. Given the timing of the election – just before the initial rollout of the IR35 changes were due - the party could have done more to appeal to freelancers. Though many Labour MP’s stood up for freelancers on this issue in particular, the party’s official position was vague. Under new leadership this hopefully will change.

Representatives from the Musicians Union, Pubs Forum and the Co-Operative Society outlined their recent work in supporting people through the crisis. The MU, who IPSE has worked closely with in the past, advocated a European style ‘breadfund’, having put together a £1Million hardship fund for freelancer musicians no longer able to work due to social distancing rules.

Ruth Cadbury, MP for Brentford and Iselworth closed the discussion. The MP has been a strong voice for the self-employed in recent months, most recently speaking in a debate on those left out of SEISS.

Each speaker was asked to highlight key policies for the party to appeal to the self-employed. Firstly, I suggested that, following COVID, a full review of employment status and of the small business taxation system would be necessary to bring both into the 21st century and help support the rebuilding of the economy.

In the meantime, IPSE have also been calling for a fair, flexible and focussed package for those having to self-isolate or quarantine, and for those sectors which have faced the most hardship, such as freelance musicians.

As we saw in March and April, events can move quickly and the government’s new changes to social distancing measures could only be the start. As always, IPSE will be keeping you informed of any developments and how this might affect freelancers.