Support for the self-employed should be focused, flexible and fair

Coronavirus hasn’t gone away and many fear it will get worse before it gets better. The infection rate is rising and local lockdowns are in force. For many self-employed people, this will mean further restrictions to their ability to earn. Yet support that was available to some – but by no means all – of them through the Self-Employment Income Support Scheme (SEISS) has been brought to a close.

IPSE believes the government must urgently review this, and this week we have written to the Chancellor asking him to do just that. 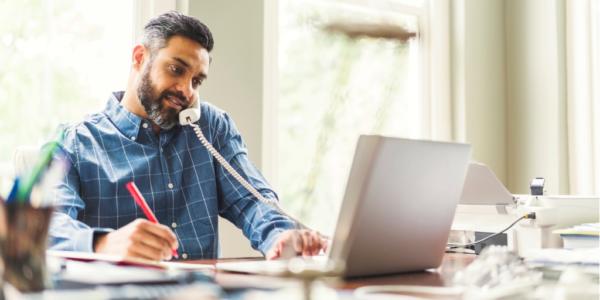 The SEISS has been a vital lifeline for around 2.7 million, and new figures released today show the scheme continues to benefit the self-employed with 2 million claimants for the second grant so far. But many others (1.5 million by our calculations) were ineligible for the grants. Those who work through their own limited company, those new to self-employment, and those with historical earnings above £50,000 received nothing from SEISS, and even those that did now find they are fending for themselves while still restricted by COVID-19 limitation policies such as quarantining following a trip abroad, being advised to self-isolate by NHS Test and Trace or straightforward regional lockdowns as noted above. This is even without mentioning those freelancers working in specific sectors still severely impacted by lockdown, from professionals in the creative and arts industries to consultants working in aviation and even manufacturing.

It is not just a matter of helping individuals put food on the table in the short term (though that is undoubtedly a core consideration). It is also that a vibrant self-employed sector can help the whole economy to recover through offering the businesses they work with a flexible resource to get projects completed. If nothing else, more self-employment means less unemployment – a key concern of the government.

That is why the government should be doing all it can to support these businesses at this most difficult of times. Simply extending SEISS is not the answer – it would be very expensive for the government to carry on in its current form, and it excluded too many people that needed it which would only compound the lack of support if it was repeated for a third time with its old eligibility criteria.

Instead we have written to the Chancellor suggesting that the government should offer support to those who most need it, on a flexible basis, and include those who were previously excluded. In other words, focused, flexible and fair:

Alarmingly, the Office of National Statistics released new data earlier this week which showed a further sharp drop in self-employed numbers, now down to 4.75 million from over 5 million at the start of the year. This is a struggling sector, and a vital one at that. Government must act now to save it.