In recent weeks, Boris Johnson and Jeremy Hunt have set out increasingly expansive – and expensive – policy stalls. Beyond Brexit there have been promises of tax cuts, ‘turning on the spending taps’ for public services, and bold plans for new infrastructure. Though their broadly pro-enterprise stances are encouraging, there has been little consideration so far about the changing world of work, particularly self-employment. 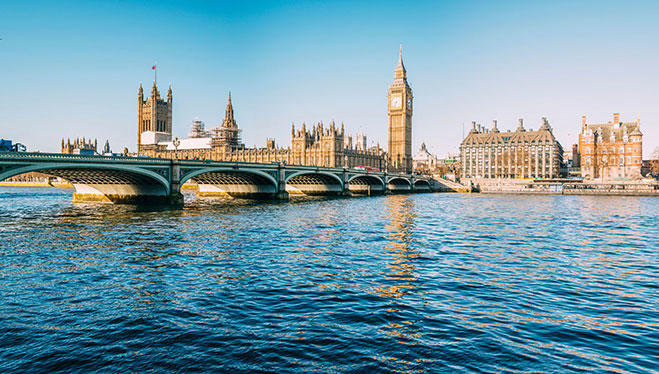 IPSE has been in touch with the candidates and their campaign teams since the start of the race, highlighting the importance of the freelance workforce and setting out how to win their support. We are now keen to see more detail on how the next Conservative leader will help the UK’s smallest businesses.

There are now 4.8 million self-employed people in the UK, 15 per cent of the workforce, helping to drive productivity, bring innovation and boost the economy. Recognising the flexibility freelancing offers, the biggest rises have been amongst millennials, working mothers and retirees. Winning support from these diverse groups will be an important part of any successful future electoral coalition. Around a quarter of Conservative party members are, or were, self-employed - making them a key group to appeal to in this campaign as well.

Those working for themselves should be a natural constituency for the party, as self-employment embodies the values of freedom and entrepreneurship. However, in recent years there has been a growing sense that government and the party are no longer on their side. IPSE’s quarterly Freelancer Confidence Index has shown optimism is at an all-time low, with government policy cited as the main factor. A complex, outdated tax and employment system has been compounded by some misjudged policies. Given there are already inherent financial risks in going it alone, this environment threatens to drain the UK’s entrepreneurial spirit.

With a new leader taking the initiative, the Conservatives should regain this lost ground by backing the self-employment revolution. In our engagement with the candidates, IPSE has been outlining some key policies that would signal the party’s positive intent.

At the top of freelancers’ wishlist is repeal of the IR35 legislation, which has proven to be a disaster since first introduced by Gordon Brown in 2000. Failing this, government should pause the roll out of off-payroll working rules to the private sector for at least two years until the impact of its implementation in the public sector is understood. The new PM should also signal their intent to end the culture of late payment, a major source of financial distress, by fast-tracking the recent BEIS plans to increase the Small Business Commissioner’s powers.

There are other policy priorities that could be contained within a new Chancellor’s first, pro-entrepreneur Budget. Business rates reliefs for co-working spaces (‘workhubs’) would incentivise their use and help plant the seeds of future economic growth. Extending Shared Parental Leave to the self-employed would massively help parents, particularly mothers, build and run their own businesses. Prioritising the rollout of superfast broadband as part of new infrastructure spending would be game-changing for freelancers, particularly in rural areas.

Longer term, the Conservatives should be thinking boldly about a fundamental review of the UK’s tax system and how it currently affects small businesses and the self-employed. Another step would be delivering a legal definition of self-employment to end the confusion over employment status that lies is at the heart of many of the tax and legal problems. Lastly, government should engage with the pensions and mortgages industries to develop tailored solutions for the self-employed that would make it easier for them to achieve core Conservative aspirations of retirement savings and home ownership.

Our flexible labour market has been an integral part of the UK’s economic recovery and jobs growth. It needs to be maintained and supported, especially as we prepare to leave the EU. Not all the issues that freelancers face can be solved overnight but backing these measures would send a clear and incontrovertible signal that the Conservatives are once again the side of the self-employed.