This year’s Conservative Party Conference – and the entire conference season actually – have passed not with their usual headline-firing bang, but with an electronic whimper. As with so much else, the pandemic has reduced them to subdued, home-bound virtual versions of themselves. That’s not to say, however, that there weren’t still some interesting and important points to take away for the self-employed – particularly from Conservative Party Conference. 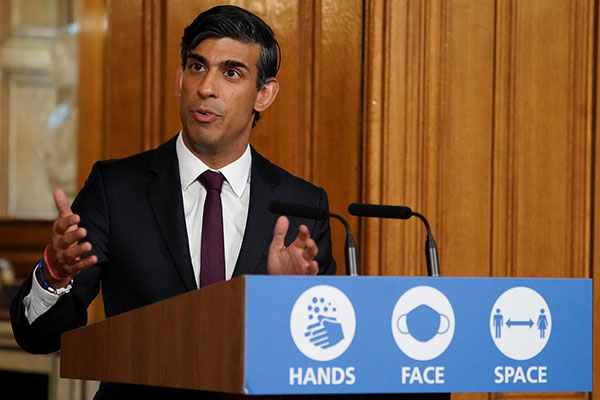 For their conference this year, the Conservatives still tried to push the boat out, setting up an expensive TV studio in Canary Wharf to beam the stars of the party into fringe events across the country. While most cabinet ministers were reluctant to risk travelling into Central London, Rishi Sunak was happy to jump into the limelight. As well as his keynote speech to the cameras, last Monday the Chancellor packed in many video appearances with business leaders at fringe events – including one with IPSE. There were some interesting – and occasionally ominous – messages for the self-employed.

What was in Sunak's speech for the self-employed?

In his keynote speech, the Chancellor was quick to highlight the importance of small business and the self-employed, saying that “In a free market economy it is the entrepreneur who is critical”. A reasonable point, but one that prompts the question: if they are so important, why has the government frozen over a million of them out of support during the pandemic? Indeed, in the same speech, the Chancellor boasted that during the pandemic, “action met words” and the government had delivered, citing SEISS as the first example. A message that is likely to jar with the hundreds of thousands of limited company directors, newly self-employed and others left out of the scheme.

There were also ominous warnings in the Chancellor’s speech that there are no “cost-free” answers and that there are always “hard choices”. Taken with reports in the Times, the Sun and other newspapers over the last two months, we are deeply concerned this may point to the Treasury considering sharp tax rises for the self-employed. We are pushing hard against this – in the press and in talks with the government. We will also be making the case against this when we give evidence to the Treasury Select Committee later this month.

What about elsewhere in the conference?

There was more for the self-employed, too, at The Enterprise Forum fringe on Monday night. There, we said to the Chancellor: “Government has said dividends, with which many self-employed people pay themselves, cannot be supported during coronavirus, because it would be too ‘resource intensive’ to check claims. As we enter the second wave, will government commit the resources necessary to support these struggling forgotten freelancers through the many months ahead?”

Sunak refused to commit to any further support and pushed back against the idea that limited company directors had been “forgotten”, claiming there were many other schemes out there they could access – such as the Bounce Back and Business Interruption loans. As we’ve said time and again, however, this is nowhere near enough and risks freelancers being pushed into spiralling debt. It’s a case we continue to make in response to the Chancellor’s inadequate Winter Economy Plan.

In the Enterprise Forum fringe, we also heard further warnings on taxes from the Chancellor. He pointed to “differences” in the way people are taxed that he said would need to be addressed. Rest assured, we will campaign hard against this: in the press, in Parliament and wherever we can. With a self-employed sector that is more fragile than at any point we have seen, what freelancers need now is not tax grabs but better support. This is the case we are making to government – for the sake of self-employed people and for the economy they power.

Conservative Party Conference 2020, then, may not have been an event of quite the same high drama as past years. There were no hoarse speeches, no ironically tumbling signs (although technical glitches were certainly a feature – as we experienced). However, there was much food for thought for IPSE and the self-employed, which we are quickly acting on to champion you and all the self-employed.