Last week, IPSE submitted our representation to the Chancellor, Rishi Sunak, ahead of the Budget on March 3. 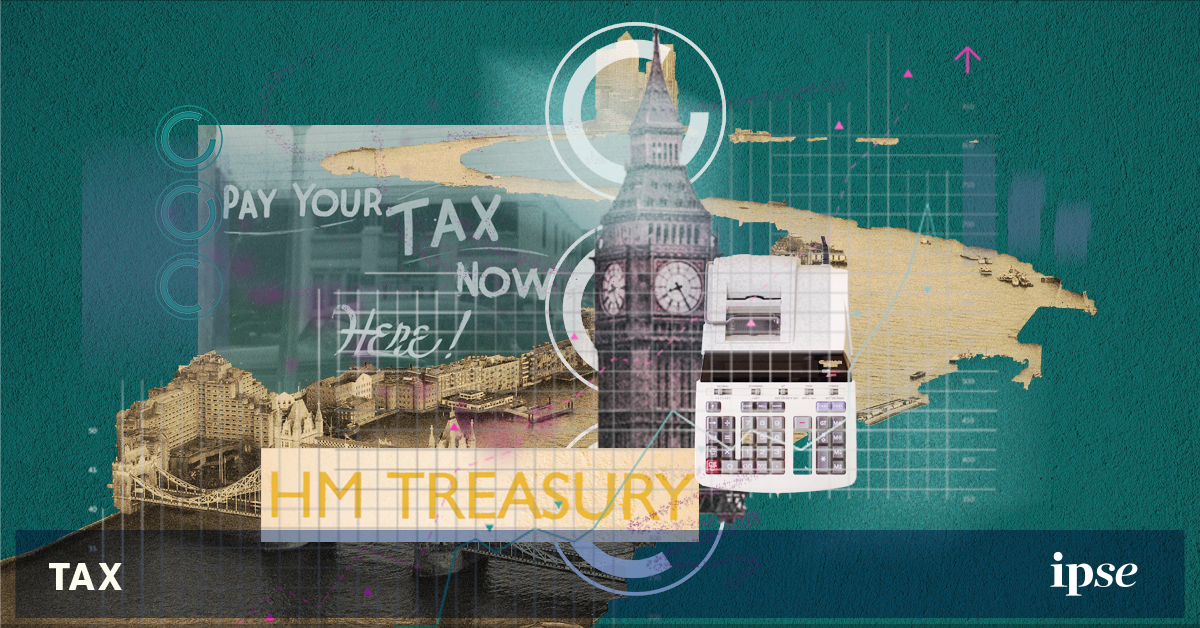 The Chancellor’s spring economic set-piece promises to be one of the most important budgets for years. The coronavirus pandemic is still raging, leaving many workplaces and businesses shuttered, but there is some hope on the horizon with the vaccination programme and increased testing.

Mr. Sunak faces an unenviable task. He will have to tread a fine line between providing ongoing, sufficient financial support to key sectors while keeping an eye on how to drive the economic recovery and ultimately pay for some of the spending that has taken place over the last year.

For small businesses and the self-employed, the coronavirus pandemic and the government’s support packages are naturally of high concern. In our submission, we make clear that there should be no cliff edge of financial support after April if restrictions are still warranted. SEISS should be adapted flexibly in response to the conditions if need be. More importantly, by March it will be a year that key groups of the self-employed – particularly those sole traders who started after April 2019 and limited company directors – have gone without any support. We continue to urge the government to reconsider its approach to those who have fallen through the gaps.

But the self-employed are adaptable and pragmatic, and that is why our submission also asks the Treasury to consider the business environment more broadly beyond covid.

Delay IR35 and rule out tax rises on the self-employed

First, we continue to believe the government should delay the decision to move ahead with the IR35 rollout to the private sector in April and instead undertake a fundamental review of the tax system for small businesses. Not only is the move disastrous for so many contractors, now is also not the right time to heap further complexity and red tape onto businesses already grappling with the fallout from coronavirus and Brexit.

Second, we have been concerned over recent months to read reports that HM Treasury is considering increasing taxes on the self-employed. We strongly disagree with the Chancellor's claim that the introduction of SEISS should mean higher National Insurance Contributions (NICs) for self-employed people, a point he made when announcing the SEISS grants.

Given that many self-employed individuals, particularly limited company directors, have not benefited from the coronavirus business support schemes, the government should rule out any talk of tax rises. The Conservative manifesto was clear on this point: “We will keep costs down for small businesses – rather than hiking their taxes and crushing Britain’s prosperity…We promise not to raise the rates of income tax, National Insurance or VAT…We not only want to freeze taxes, but to cut them too…Conservatives believe in a corporate tax system which rewards entrepreneurship and punishes evasion.”

Instead, the Treasury should be looking at other ways they can support this population rather than seeking to add to their financial burden. Some of the proposals we outline in our submission include:

Beyond taxation, the pandemic has also highlighted how the self-employed are often an afterthought when it comes to so much of government policymaking. Our Budget submission therefore highlights other areas where we think government could meaningfully act to help freelancers.

First, we reiterate our call – made along with the FSB, Prospect and the Creative Industries Federation – for a Freelance Commissioner and Future Workforce Commission. This non-fiscal policy intervention would help government really get under the skin of how we build more resilience into the self-employed workforce and ensure no worker falls through the gaps of future schemes. The Freelance Commissioner would work closely with the Commission (which would be comprised of freelance workforce representatives and entrepreneurs themselves) to drive change in government and business, turning ideas into action and eradicating red tape.

Next, the crisis has highlighted the importance of Universal Credit as the backstop of the welfare state. Universal Credit was not designed with the self-employed in mind and IPSE has long been critical of its operation, particularly the so-called ‘Minimum Income Floor’ (MIF). We were pleased that the government heeded our calls and chose to extend the MIF suspension until April 2021 but we believe it should now go further. The start-up period where the MIF is suspended should be extended from the current 12 months to three years, on the basis it normally takes three years for a business to get up and running and generate profit. In addition, the MIF assessment should be changed to be carried out on a quarterly rather than monthly basis to help freelancers ‘build back better’ after lockdown.

Lastly, we are also keen to see continued improvement in payment practices in the UK. This week the government unveiled a welcome series of reforms to the Prompt Payment Code but it could go further. Since the pandemic began, over a third of freelancers (36%) say late payments have become more common. We believe the government should provide more resources and powers to the role of the Small Business Commissioner, so that the office can fine late payers and investigate a wider range of complaints from small businesses, including the self-employed.

Our submission also outlines other areas, from mortgages to pensions, that the government could act on to improve the lives and livelihoods of the self-employed. In the coming weeks we will be putting pressure on the Chancellor to listen to our asks, which were developed with IPSE member input through our Policy and Research Committee. We have hope on the horizon and our message to Mr. Sunak is that it is more important than ever to help sustain the self-employed workforce now so that it can bounce back quickly when restrictions begin to be lifted and be a significant contributor to the recovery.

IPSE’s full Budget submission can be read in the member resource section of our website.

My favourite recipes to make working from home as a freelancer

Freelance Marketing Executive Orla Lyons-Hamilton shares her top recipes that she enjoys making from home during the working week.

Quick and simple money saving tips for the self-employed

Just by following some of these quick and simple money savings tips for the self-employed, your time and effort will show more value at the end of each month.