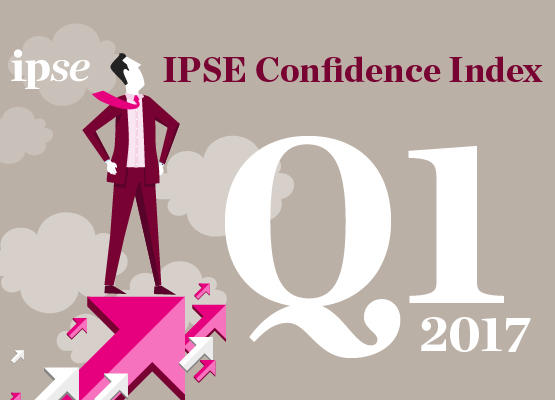 Driven by Brexit and government policy, the confidence of the UK’s two million freelancers has fallen to the second lowest level on record, according to research conducted by IPSE.

The headline business confidence index score in Q1, for the outlook over the next 12 months, saw just 28% of freelancers express confidence in their businesses performance. This represents a decrease of nine percentage points compared to Q1 2016.

Alarmingly, 42% of respondents said that their confidence in their businesses prospects have decreased. Freelancers identified government policy and Brexit as the two prime factors that were having the greatest negative effect on their businesses performance.

While the confidence levels are at a worrying low, the figures are relative and freelancers’ confidence in their own businesses remains higher than their confidence in the wider economy (19%). This is despite the relatively strong performance of the UK economy since Brexit. The 19% confidence represented an increase of two percentage points compared to Q1 last year (17%).

Chris Bryce, IPSE CEO, said: “It is a concern to see freelancers’ confidence in their businesses is so low. Alongside Brexit, those surveyed listed government policy as one of the two primary causes for their downturn in confidence.

“We recently saw the U-turn of the planned NICs increase and we would hope the new Government, whatever the outcome of the upcoming general election, announce measures to support, rather than hinder, the self-employed.

Professor Andrew Burke, chairperson of the Centre of Research on Self-Employment and Dean of Trinity Business School, Trinity College Dublin, said: “The freelancers covered in this survey are typically those involved in projects funded by investment for growth across large and small firms. These are the people who are brought in with expertise to implement technological change, innovate, fulfil entrepreneurial projects and de-risk new business development.

The full report can be read here.