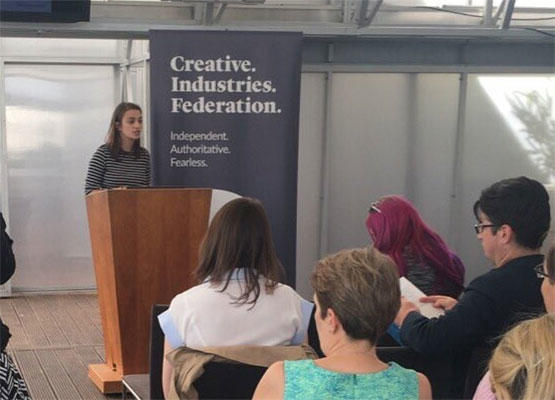 Few sectors are more closely associated with freelancing than the creative industries. From the roving troubadours of the Middle Ages to flat white-swilling sound editors in Shoreditch today, creatives have always worked for themselves. That’s why now, almost half of the people working in the creative industries are freelance, compared to 15% of the wider workforce.

Despite their prominence and significant contribution to the economy, however, successive governments have done surprisingly little to support the UK’s creative freelancers. That’s why the new report by the Creative Industries Federation (CIF) is so important. Titled ‘Creative Freelancers’, it’s a study of 700 self-employed people working in the creative industries, which builds up to a set of key ‘recommendations to improve the working lives of this undervalued part of the workforce’.

So, naturally, IPSE was right on the front row for the report launch. Led by Eliza Easton, one of the report’s authors, the launch delved into some of its core themes and headline recommendations. In particular, Easton discussed the epidemic of unpaid work in the creative industries. Of the 700 creative freelancers interviewed for the study, 65% said they had worked for free in the past and, worse, 80% said they thought unpaid work was ‘normal’. In fact, IPSE’s own research has found that the average creative freelancer loses about £5,400 a year through unpaid work.

As both Easton and the impressive guest speaker Imelda Staunton explained, unpaid work and other problems such as late payment persist mainly because of a lack of recognition. IPSE agrees that we need ‘proper recognition’ for the role of creative freelancers both in the economy and in the culture of the UK. The same could be said for the self-employed in general, who contribute an estimated £255bn of goods and services to the UK economy every year.

But how to give creative freelancers – and the self-employed in general – the recognition they deserve? Well the report had some interesting and positive suggestions. For one, they’re calling for the self-employed to have better representation in Government. IPSE has already successfully campaigned for the creation of the new Small Business Commissioner post, but the report recommends a slightly different approach. It proposes making ‘self-employment, across all sectors, part of a Department for Business, Energy and Industrial Strategy (BEIS) ministerial brief’.

Although the new Small Business Commissioner (the last interview for which was held last week) should increase representation and recognition of the self-employed, the report’s recommendation would be another big step in the right direction.

With the Taylor Review making waves across Government, it is now more urgent than ever to raise awareness about the importance of creative freelancers and other legitimately self-employed people. The Creative Industries Federation report contains many admirable recommendations to improve recognition of this vital sector of the workforce. But IPSE would add just one: the creation of a statutory definition of self-employment. Drawing a clear line between legitimate self-employment and worker status would help improve the standing and conditions not only of creative freelancers, but all legitimately self-employed people in the UK.