IPSE is delighted to announce the six people shortlisted for the 2019 Freelancer of the Year Award. They are from all over the UK and are highly diverse, including an astronomy specialist, a florist and many others.

The Awards, now in their sixth year, recognise and celebrate the innovation and excellence of freelancers across the UK. Applicants are judged on a range of criteria including the strength of their portfolio, their passion and commitment to freelancing, business acumen, creativity and the distinctiveness of their work.

Winners will be announced at the Freelancer of the Year Awards ceremony at Kings’ Place in London on 13 June 2018.

Chris Bryce, IPSE CEO, commented: “Freelancing has grown massively over the last 10 years and the self-employed now add £275bn to the economy every year. These awards recognise the independent professionals who lead their fields, adding creativity, innovation, diversity and entrepreneurial energy to our society and economy.

“I’ve been blown away by the quality of our finalists. We received a large number of strong applications from freelancers all around the UK, and the tough choices we had to make to reach these finalists reflects just how high standards were.”

This year's finalists are:

Rachel is an award-winning songwriter, musical director, arranger and vocal coach. She was an expert judge for Sky One's National Television Award-nominated show, Sing: Ultimate A Cappella, during which she worked with musicians ranging from Midge Ure to The Vamps. 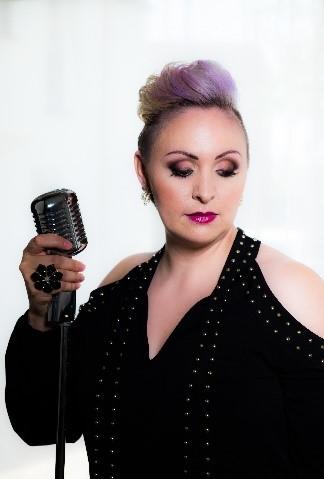 Rachel said: ‘’I love freelancing as it gives me the freedom to choose how I use my time. If inspiration strikes to write a song or plan a new project I can move my schedule around to be able to follow the creative flow when I feel it. It's such a liberating feeling to be able to do this and I know I'm at my most productive when I can work in this way.

"I have a baby and toddler I take care of whilst also working on a variety of projects and teaching my singing students, so having the flexibility to fit my work around my family allows me to feel I can be fully committed to my roles as a mother and a freelance musical director.’’

Colin Stuart is an astronomy author and speaker who has talked to half a million people about the universe. His books have sold more than 300,000 copies worldwide and been translated into 19 languages. He's written over 150 popular science articles for The Guardian, Wall Street Journal, New Scientist and the European Space Agency among many others. In 2014 he was runner-up in the European Astronomy Journalism Prize. 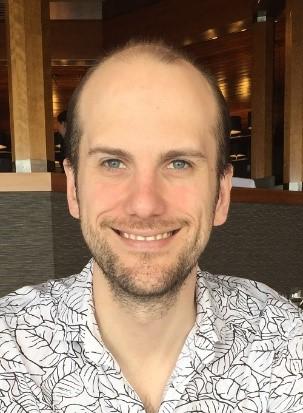 Colin said: "I'm thrilled to be a finalist in the IPSE Freelancer of the Year award. I can't wait to showcase my business and human achievements in space on the judging day. Freelancing is such a rewarding career choice, and has given me so much over the years, that I'm honoured to play a small part in celebrating the world of the self-employed."

Kate Taylor has been a freelance writer, specialising in dating, relationships and sex, for 23 years. In that time she’s written 5 books, two online courses, and thousands of articles for magazines and newspapers including The Sun, The Guardian, The Observer, Men’s Health, More!, and Glamour. She was also GQ’s Sex Columnist for five years.

She presented two series of Sex Tips for Girls on Channel Four, and worked with match.com as their Dating Expert for a decade. She was also voted Dating Writer of the Year in the 2017 UK Dating Awards. Kate now helps the over-50s in their search for love as the Dating Expert for OurTime.co.uk and Readers Digest.

Kate said: “I can’t shift the smile from my face since reaching the finals of Freelancer of the Year. What an honour - thank you! It’s a huge, lovely shock, and demonstrates what I love most about being freelance: you can never predict what’s waiting for you around the next corner, so just keep going. These awards are a great way to celebrate the opportunity and possibility that self-employment gives all of us — even if, like me, you feel you’re making it all up as you go.”

Loksan Harley is an independent policy analyst, project manager and researcher. He has been a freelancer for over five years, during which time he has been based in Burkina Faso, China, India and the UK.

He works most extensively with the United Nations. On behalf of the UN, he has advised the European Commission on migration-related international development programmes, as well as various African governments on human trafficking and migrant smuggling policies. He has also provided strategic advice to NGOs like Save the Children and Catholic Relief Services. 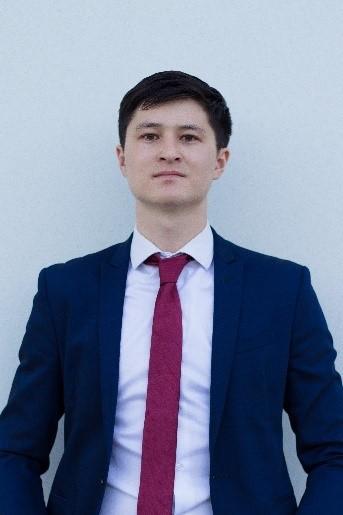 Loksan said: “Winning the award would not only flatter; it would validate a career and life choice that some still see as unstructured and an unfortunate symptom of the emerging ‘gig economy’.

“Winning the award would allow me to invest in activities that one puts off in the face of short-term needs to service paying clients. I would be able to provide consulting services to grassroots organisations, or finance a study trip to reflect critically on the content of the support I provide to clients, or I could pilot a new service or product and take on a member of staff.”

“This award means the world to me. Freelancing at times does feel nomadic, with less of the daily professional and social validation that colleagues give daily in the workplace. This award gives me that validation and reminds me that there are others out there who have chosen this path.”

Alexandra founded Line and Dot Creative Agency in 2014 specialising in web and print design projects for charities, social impact projects, SMEs and fashion brands. She started her career as a designer for the British Heart Foundation. She then went on to a global fashion branding agency, working with brands such as Stella McCartney, Adidas, Hugo Boss and Disney. 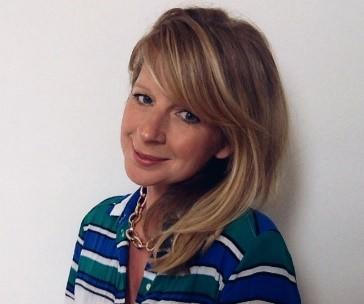 Alexandra said: ‘’I love freelancing because it means I have creative freedom in design and my life. I work and live by my three key values:  1. Creativity, 2.Trust and 3. Making a difference. My work with collaborators and clients is underpinned by this ethos and aligned to my core values.

"I’m incredibly passionate about design. It’s very rewarding to have the freedom to choose which projects I feel inspired to develop with collaborators. Being shortlisted for the award makes me feel hugely proud of what I have achieved to-date working for myself and not a large organisation. The nomination and seeing first-hand the impact of the projects I deliver helps me reflect on all my successes across many different sectors.’’

Elise Ciampaglia is a freelance specialist wedding florist based in Hampshire. She has won wedding industry and business awards, including Best Customer Service at the 2014 New Enterprise Allowance Awards. She was also a finalist in the 2016 British Small Business Awards for Sole Trader of the Year. Elise plans to open a wedding venue with a florist workshop on-site, so the two businesses can feed into one another. 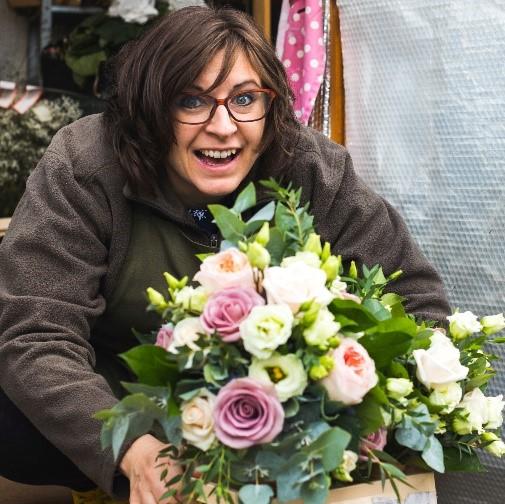 Elise said: “Running Florescence is so much more than a job! It’s a genuine passion with constant determination to not only succeed, but to excel. As a freelancer, I love that I wear every hat in the business and have total control over the direction Florescence is going in and the work I take on. I only answer to myself (although I’m my greatest critic!) and I reap the rewards and immense self-satisfaction of knowing that I built this from nothing.”