What are the parties saying on self-employment at this election?

For freelancers and contractors, this has been one of the most interesting elections in years. I am delighted that IPSE’s 5 Million Votes campaign and manifesto has been driving the debate around self-employment – from conversations on social media with the #5MillionVotes hashtag to our packed husting event in London (with another to come in Glasgow). 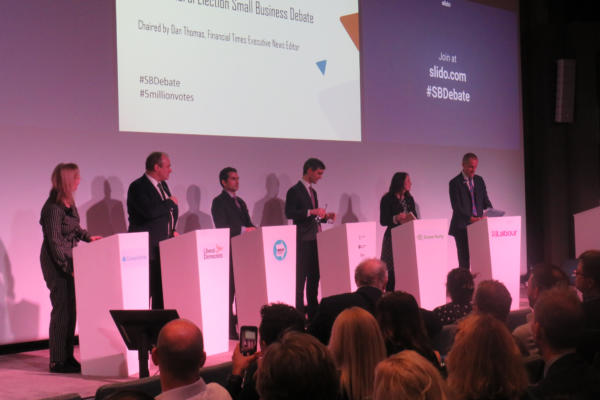 All the main parties specifically mention the self-employed in their manifestos and outline policies to help support them. IPSE and others have got the message through that this is a large and growing sector of the workforce, and policies need to be tailored to their needs.

Despite the election being dominated by Brexit and public services, IR35 has also been widely debated and put on the agenda.

The Lib Dems have a clear policy in their manifesto: end retrospective tax changes like the loan charge and "review recent proposals to change the IR35 rules". It’s a policy the SNP have also adopted in their proposals. Unsurprisingly, this proved popular at IPSE’s recent election husting, where Ed Davey came out on top of our audience poll at the end of the debate. You can read more about that discussion here.

At that same debate, Labour’s shadow small business spokesperson Bill Esterson said that Labour would not implement the roll-out of the IR35 changes to the private sector and review its operation in the public sector. However, there is no direct reference to it in the manifesto and he has since clarified that Labour policy was to review the IR35 changes – not necessarily to scrap the roll-out to the private sector.

As for the Conservatives, there is no specific mention of IR35 - only a pledge to launch “a review to explore how we can better support the self-employed”, which includes “making the tax system easier to navigate”. At a separate event, Sajid Javid said his party would keep the policy “under review” but it seems clear that a Conservative government would continue with the planned roll-out. Nonetheless the fact that figures as high-profile as the Chancellor are getting questioned about it shows the freelance community is keeping the pressure on.

What about the other recommendations in IPSE’s 5 Million Votes manifesto?

The parties also recognise that the growth in self-employment prompts wider questions about their access to rights and support. There is cross-party consensus on tackling late payment and poor broadband. Labour and the Liberal Democrats have both committed to extending parental leave and pay to the self-employed – a big win for IPSE and others who have campaigned on this. Helping the self-employed on pensions and making mortgages easier to access – another key ask of ours - features in the Conservative and Labour proposals.

There has also been some talk around the wider issue of defining exactly what self-employment is, which IPSE welcomes.

To make sense of all these pledges and how they compare with IPSE’s, we have produced an easy to use scorecard that you can view here. We will leave the ultimate judgement up to you but we think the political parties are engaging on policy for the self-employed as never before.

We are pleased to see that the parties have self-employment on their agendas, and we now await the result on December 13th with considerable interest.

Regardless of the colour and shape of the next government, IPSE will be there to champion the self-employed in the next parliament and build on the policies laid out in our 5 Million Votes manifesto that would make such a difference to many freelancers.