What HMRC told us about the changes to IR35

This week IPSE invited HMRC on our webinar to talk about IR35 and the changes due to come into effect in April. Ordinarily, IPSE records all its webinars and hosts them in a library – available to members only – so you can watch them back if you weren’t able to join us for the live broadcast (or watch them again if you are really keen!) On this occasion HMRC wouldn’t allow us to record it so we decided to pull out some of the key points here. You can also view the slidedeck that HMRC used here. 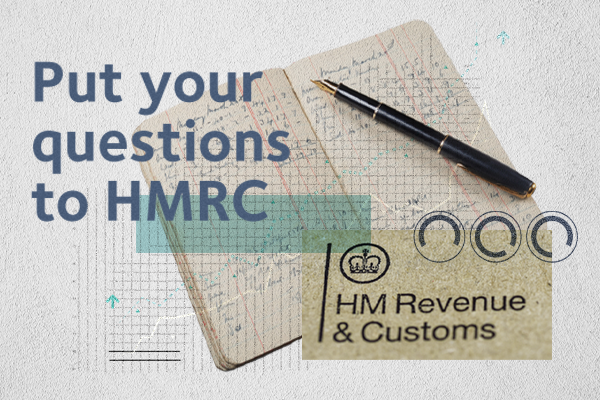 First things first, we apologise for the connectivity problems in the webinar: unfortunately the disruption meant we didn’t have quite as much time as we hoped – and didn’t get through all of the many questions and comments. All of these questions and comments, along with many others we received ahead of the webinar, have been sent to HMRC officials – anonymised of course – so that they can at least get a sense of the confusion and anger that is being felt by contractors.

For much of the webinar HMRC opted to run through how the rules will work, which I suspect may have been a bit frustrating for many of you who already understand this. I know what a lot of contractors want to find out is whether HMRC understand the impact it will have on your businesses and livelihoods. There were, however, a couple of points made by the HMRC spokespeople that I think it is worth highlighting.

First, HMRC reiterated its assertion that it will not use client determinations to launch retrospective investigations. This doesn’t mean all previous engagements are now ‘out-of-scope’ for HMRC. You are still liable for those engagements and HMRC can go back six years to investigate. But the Department has been clear that if your client decides in April that IR35 does apply – and you had previously been operating on an outside basis in the same contract – the client decision will not be used as starting point to investigate.

It is worth noting though that this is not the same as an amnesty. Under the law you will remain liable for the IR35 on any engagement prior to April.

Somewhat surprisingly, HMRC were keen to stress they will be seeking to correct decisions that the client has got wrong, even where they deemed IR35 applies. This sounds like very good news and it is exactly what should happen, but we remain a little sceptical. It’s rather difficult to imagine HMRC overturning decisions that resulted in more people on the payroll: this, after all, is surely the real purpose of the legislation.

It also raises the practical problem of how on earth this could be unravelled if HMRC decide after a year of tax being deducted at source that, in fact, it never should have been. Just sorting out the employers’ NI alone (which frequently will be paid indirectly by the contractor) would be very difficult.

While we are talking about Employers’ NI, there was a suggestion by HMRC that an ‘inside’ determination creates automatic costs for the client in the form of Employers’ NI. This might be true where there is a direct engagement, but that is the exception rather than the rule. In most cases there is a complex supply chain, which means the employers’ NI burden falls nowhere near the end-client. In many cases, an inside determination will result in the insertion of an umbrella company that will reduce the payment to the contractor so that it can pay the NI: in other words, it’s the contractor who gets landed with the bill.

This was quickly pointed out to HMRC, but it made us realise we need to make sure everyone is clear on this. If the government’s intention was for clients to pay additional NI for people they should really be employing, then this legislation is failing. In most cases clients are not paying it – individuals are.

IPSE has consistently said that if the government wants people to pay employment taxes then it should also ensure those people benefit from employment rights. Many of you made this point in the comments and questions you sent in. HMRC didn’t really have an answer to this, though they did at least acknowledge it. What these rules effectively do is obligate clients to look at their engagements and decide whether they should in fact be employments. However, there is no obligation on those clients to actually employ people. There is an inherent unfairness here and until this is addressed IPSE will not stop campaigning.

We had a terrific attendance at the webinar – well over 450 of you tuned in so there is clearly an appetite for these events. We intend to do more in the future and, although we disagree with them on many things, we are grateful to the HMRC officials who joined us yesterday. Hopefully they’ll come back again, and next time we’ll ensure there is more focus on your questions – however difficult for HMRC.