After experiencing a decrease of 800,000 individuals in the self-employed population since 2019, our research now reveals that two in five employees (39%) have considered becoming a freelancer whilst 28 per cent anticipated becoming self-employed in the future. 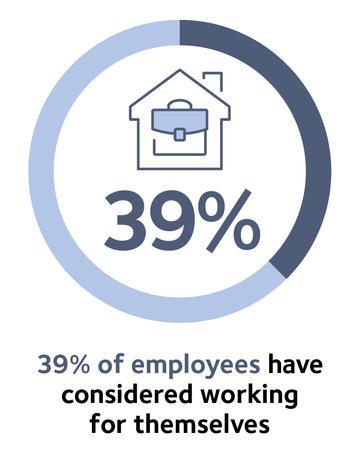 Interestingly, those currently employed in media, marketing, advertising, PR and sales (57%) and construction (47%) are the most likely to have considered making the move across to self-employment. Moreover, the research found that men are more likely than women to envisage themselves becoming self-employed in the future (30% compared to 25% respectively). 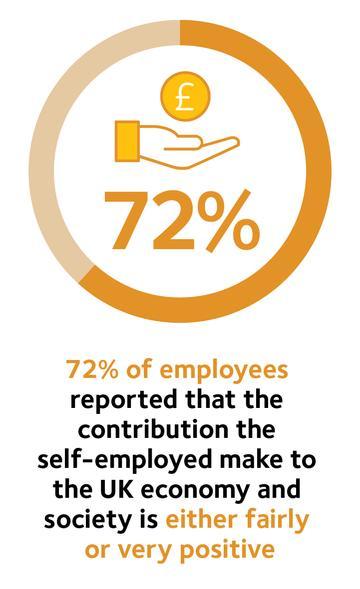 For those uninterested in becoming a freelancer, the research found that their main reason for not making the switch is wanting a fixed regular income (55%), followed by job security (49%). Further barriers for employees included not knowing where to start (36%), not having enough financial capital to set up a business (35%) and lacking confidence in their ability to work for themselves (29%).

The research also looked into the rise in side-hustles - those in full-time work creating additional sources of income through a secondary role, business or gig. It found that almost half of full-time workers (46%) are interested in adopting a side-hustle whilst 12 per cent currently have a side hustle. Interestingly, women are slightly more likely than their male employee counterparts to be currently adopting a side-hustle (14% compared to 11% respectively).

With worries around inflation increasing in recent months, the research found that of those with a side hustle, over three in 10 (35%) started their side-hustle to help them cope with the current cost of living crisis. It also found that of those that haven’t yet started a side hustle, over half (55%) would consider starting a side-hustle to help them manage the current cost of living crisis.