Getting the self-employed on the property ladder

The self-employed have always been at a disadvantage when applying for mortgages, but the financial damage of the pandemic – which has particularly hit freelancers – has pushed the situation from bad to worse. Over half of freelancers (59%) now say they feel penalised for being self-employed when applying for a mortgage, while one in four (25%) said they had struggled to get one.

Worsening the situation is widespread concern among the self-employed about a range of macro-economic issues. 9 out of 10 freelancers said they are worried about the financial impact of the pandemic on them. Another key concern are the changes to IR35 due to come into effect in April. Over two-thirds (70%) of freelancers said they are worried about the impact of these changes, with 53 per cent saying they are very concerned about it. (Among directors of limited companies, who are more likely to be affected, this rose to 88% saying they are worried, including 75% who are very worried.) 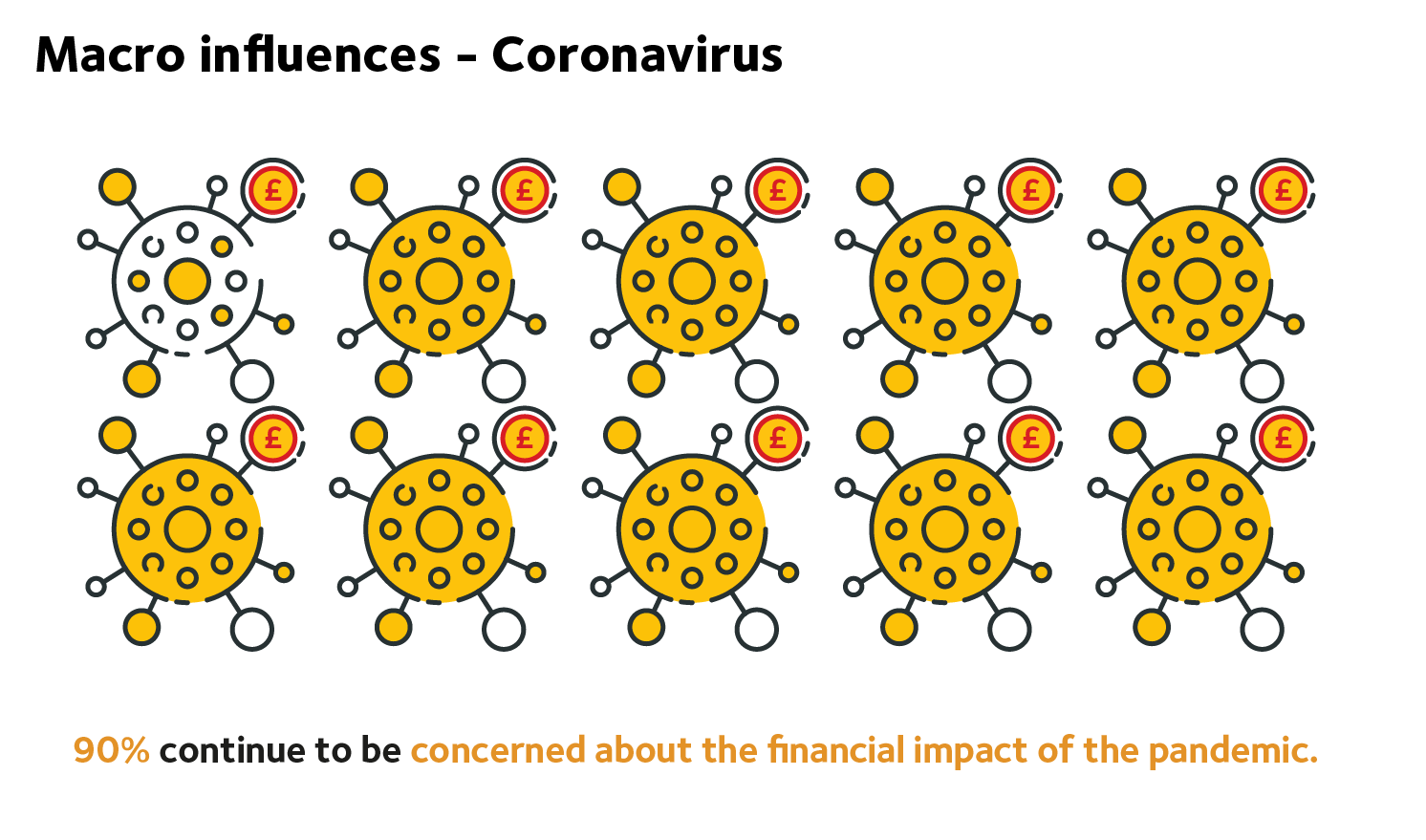 Broader financial uncertainty is also having a significant impact on freelancers who are planning to buy a home in the next five years. Almost two-thirds of them (63%) said they are concerned about the state of the UK housing market. And, likely reflecting the financial uncertainty particularly hanging over the self-employed sector, three-quarters (75%) said they were worried they would not have the job security to get a mortgage, while three fifths (60%) said they were concerned they simply wouldn’t be able to afford a mortgage. Over three-quarters (77%) of them also said they are worried that getting a mortgage will be more difficult because of their self-employed status.

Of those freelancers who had already got a mortgage, one in four (25%) said it had been somewhat or very difficult – and of these, almost all (96%) said the main reason was that they had had to provide more paperwork because they were self-employed. Worryingly, over two-thirds (70%) also said that some lenders simply would not consider them because of their self-employed status. 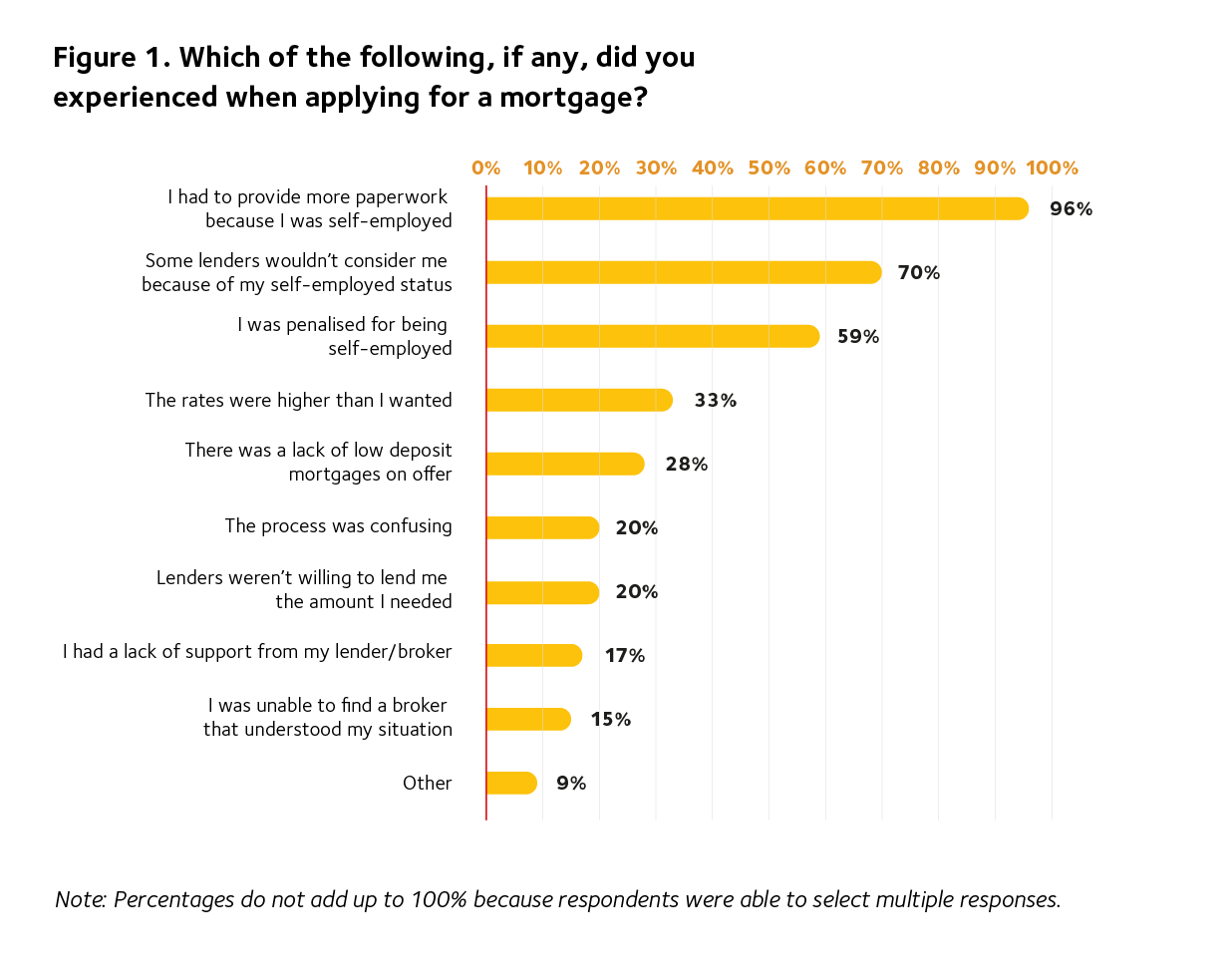 There were also doubts about how exactly to get a mortgage: just under half (49%) of freelancers planning to buy a house in the next five years said they did not understand the steps they needed to take to get a mortgage. The self-employed said they needed more support to understand what they need to consider when sourcing a mortgage as a freelancer (56%) and how to find the cheapest deals for freelancers (55%). There was also a need for support around how to get their finances in order before applying for a mortgage (50%) and what to take into account when considering a mortgage deal (49%).

The more positive news, however, was that nearly two-thirds (65%) of those who planned to use a broker find a mortgage believed they were helpful for getting self-employed people better rates, while two-fifths (42%) said it was easier than going directly to a lender. Indeed, it may be because of the availability of mortgage brokers that – a more positive contrast to previous research – over half (56%) of freelancers who had attained a mortgage had found the process somewhat or very easy.

There is clearly a keen desire among a significant proportion of the self-employed to overcome the obstacles and get on the housing ladder in the next five years. To support this desire, IPSE and CMME have drawn together four recommendations: