The self-employed, who were disproportionately impacted by the pandemic, are now facing greater difficulty accessing key financial products as a result. 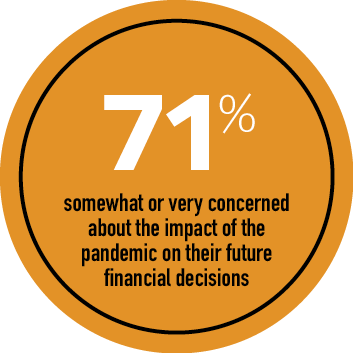 With the pandemic forcing over a quarter of self-employed people (27%) to burn through hard won savings to get by, and further strain placed on the cost of living by higher taxes and rising inflation, putting freelance finances back on track will be essential to averting a self-employed savings crisis in future.

But significant barriers remain, with one in five (20%) indicating they are not clear about the pension products available to them – and 14 per cent are not currently saving for later life in any way, for reasons including not being able to afford to save (59%) and having other financial priorities (35%).

Without guaranteed income from employment, the self-employed are also facing greater difficulty compared to employees when searching for a mortgage, potentially undermining the plans of the 12 per cent of self-employed people looking to purchase a home in the next five years.

Concerningly, the process of obtaining a mortgage appears to have become more difficult for the self-employed, with 38 per cent of this year’s sample reporting that they found the process either somewhat or very difficult – a 57 per cent increase to the figure from 2020.

Reasons for this difficulty range from a requirement to complete greater volumes of paperwork, to dealing with providers who would not lend to them because of their self-employed status. There are also concerns that those who claimed SEISS payments at the height of the pandemic – a cohort of 2.9 million people – could be penalised in their mortgage applications for doing so. 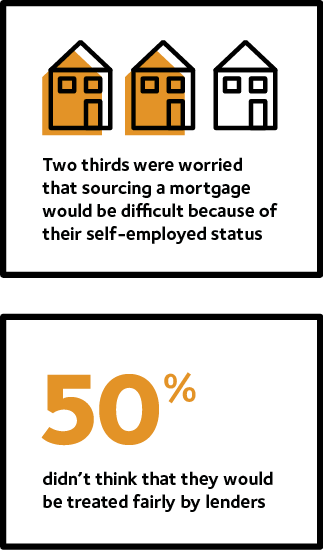 Overall, it is clear that the self-employed face unique difficulties when attempting to access key financial products that employees – who have regular incomes and are automatically enrolled into workplace pensions by their employer – do not.

It is therefore essential that tailored advice and products are developed for the self-employed sector, whilst areas of the tax and employment system that prevent lenders from de-risking the self-employed as customers are addressed – ensuring that the UK’s 4.3 million self-employed are not disadvantaged in their plans for later life and home ownership.