Falling through the Cracks: the economic costs of the coronavirus pandemic for the UK’s freelancers

As the country has taken necessary measures to shut down everyday activity to protect public health and the NHS, there has been an immediate financial impact on people’s jobs and livelihoods.

One of the groups most affected by the lockdown and social distancing are the UK’s self-employed workforce. Comprising just over five million people, some 15 per cent of the working population, this group contributes a combined £305bn to the UK economy.[i]

Throughout March 2020, IPSE and other organisations that advocate for the self-employed heard countless stories from those who were seeing their future work and income being delayed, cancelled or disappearing altogether across several sectors.

The government introduced the Self-Employment Income Support Scheme (SEISS) to provide support to the sector, however the self-employed community is very diverse and there are many who don’t qualify for the scheme. They also remain inadequately covered by other policy measures, such as grants, loans and changes to Universal Credit.

The findings of this report by the University of Edinburgh Business School in association with IPSE highlight, highly skilled freelancers – particularly those who provide their services via a limited company – are one of the groups who are most acutely affected.

The results of this research illustrate that, for those freelancers without government support, a worrying few months beckon as income dries up and savings are eaten into. Amongst the most concerning findings are that three-quarters of freelancers have seen their incomes fall, and by an average of 76 per cent. 69 per cent have cash flow concerns, up from less than 10 per cent prior to COVID-19, and one in five expect their business to close down altogether. As well as the financial impact, this collapse has led to increased stress and worry with an average increase in stress levels of 80 per cent. 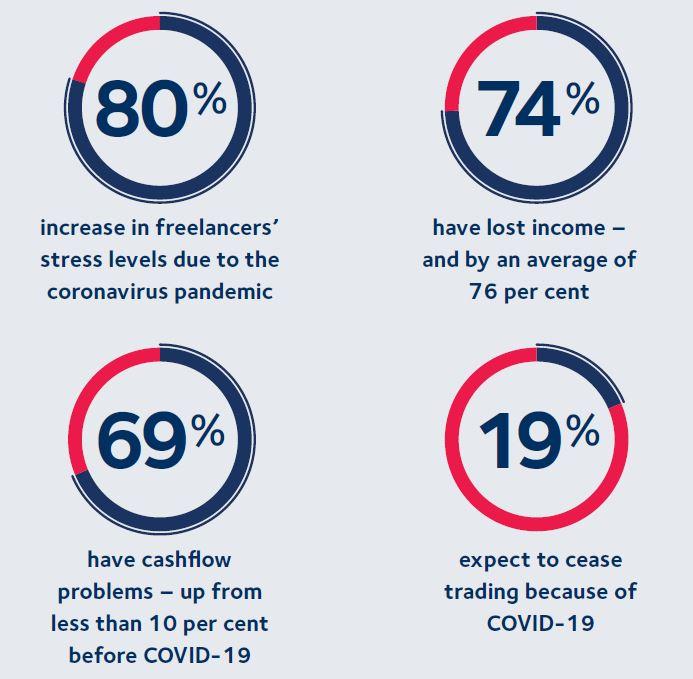 As the UK Government begins to plot a path out of lockdown, IPSE believes that the financial support for the self-employed should be extended and expanded. The SEISS has been successful for those it targeted and the decision to extend it until August is welcome. But the government must ensure there is no cliff-edge in the support available, particularly for those freelancers in sectors such as the creative and hospitality industries, which may not reopen for many months. It should be extended for as long as the self-employed need it. Others who missed out altogether, particularly those who are limited company directors and the newly self-employed, also need access to a similar income support scheme to keep them afloat in the coming months.

You can read the full report below.

Professor Francis Greene is Chair in Entrepreneurship at the University of Edinburgh Business School and the Director of the Scottish university scale-up consortium.

Dr Alessandro Rosiello is an Associate Professor in Entrepreneurship & Innovation at the University of Edinburgh Business School, where he is Deputy Director of Research.