Pay Up: How to end late payment for the self-employed

Late pay in the UK: a snapshot

As the new government aims to address the UK’s enduring ‘productivity puzzle’, it should look at solving the late payment crisis - one of the most fundamental issues that cripples entrepreneurs and small and medium-sized enterprises (SMEs) across the country.

Existing evidence on the issue has shown that the problem is widespread amongst small businesses and the self-employed in particular:

This report outlines findings from a new survey of the self-employed and their experiences of late payment, as well as a series of policy recommendations for government to address the issue. 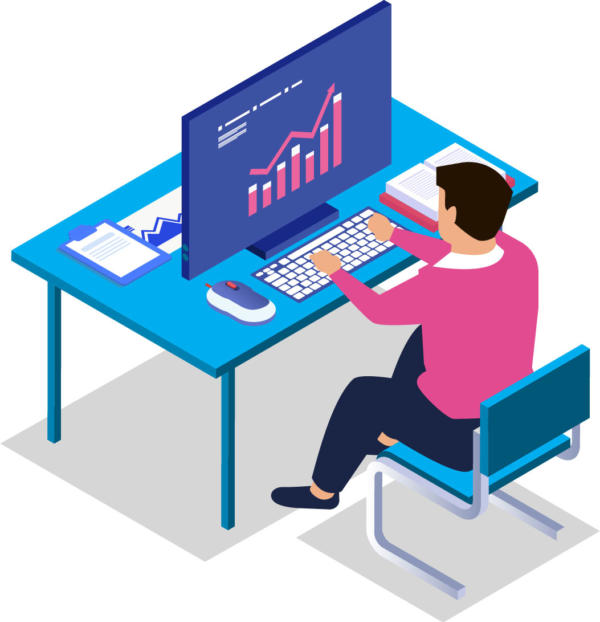 Introduction: the late payment crisis and the self-employed

Late payment is a multibillion-pound problem for the UK economy and small businesses.

As new research by IPSE shows, it also continues to be the scourge of the self-employed. The majority of those in self-employment experience it and our results show late payment threatens the future of freelancing, as younger self-employed people are particularly badly affected. Our new results also reveal that the problem of unpaid work is getting worse for freelancers.

Not being paid on time can lead to stress, anxiety and insecure income. This affects everything from freelancers’ businesses to their living costs.

Many freelancers do not know what their rights are, and they have little legal, financial or administrative support to enforce them when they do. They are fearful of putting commercial relationships at risk by appearing to be ‘difficult’ in chasing up unpaid invoices or charging interest.

Successive governments have taken steps to combat late payment, from introducing pay reporting measures for large companies to the establishment of the Small Business Commissioner.

But there is little evidence to suggest they have made a tangible impact on the day-to-day lives of the UK’s smallest businesses.

IPSE’s new research of 1,002 self-employed people in the UK has revealed that the problem continues to hurt the self-employed. The key findings show that:

Over the years, IPSE has conducted numerous surveys of self-employed workers about the extent and impact of late payment. IPSE research has shown before that that freelancers spend an average of 20 days a year chasing late payments and in sectors such as the creative industries, they lose an average of £5,400 a year through unpaid work.1 The new results are consistent with these previous findings that late payment is widespread, costing the self-employed time and money. 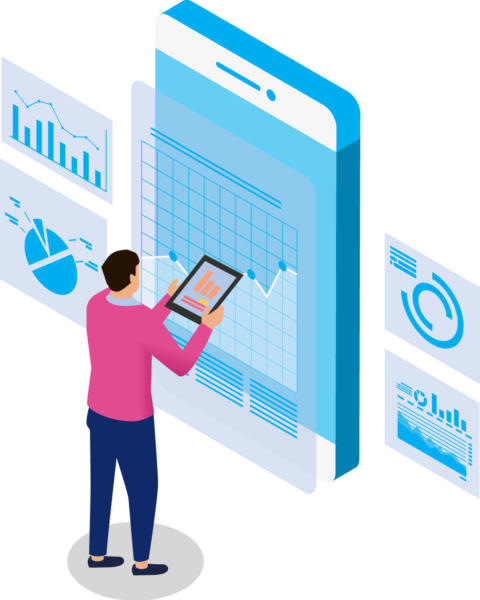 Significantly, compared with our previous surveys it shows the issue of poor payment has gotten worse in two important ways. First, the number of freelancers who say they have completed work they were never paid for has risen since IPSE last asked this question in 2018 – from 43 per cent to 50 per cent.2 Second, the new evidence highlights that younger freelancers are bearing the brunt of the poor payment culture. The proportion of those aged 18-34 with experience of unpaid work has increased since 2018, from 58 per cent to 61 per cent and the problem continues to impact them more than any other age group.

Late payment and unpaid work happen for several reasons. Many clients are inefficient at processing invoices quickly enough, often due to complex supply chains or poor internal communications. Genuine disputes about the delivery of a contract can bring delay too. Worse, where there are constraints on cash flow, organisations use delayed payment as a means of credit to shore up their balance sheets.

But there is a cultural issue as well, stemming from an imbalance of power between buyer and supplier. Freelancers find themselves in a weaker bargaining position with clients, which can lead to unfair payment terms at the outset of a contract, and have little support when it comes to chasing up invoices. Too many freelancers expect to provide free work, in the belief it will help their skills or gain them exposure. Contracts, particularly in the creative sectors, are sometimes based on verbal rather than written agreements so there are difficulties when it comes to enforcement. It is unsurprising that younger freelancers who are starting out and less experienced are ‘at risk’ in these circumstances.

Late payment is bad for individuals and the economy. Irregularity of income is the top concern of the self-employed, whose personal and financial incomes are intertwined.3 Previous IPSE research in the creative sector has found almost half (45%) of freelancers did not have enough money to cover work-related costs, while four in ten could not cover basic living expenses (e.g. rent, bills) as a result of late pay.4 Late or unpaid fees can prevent small enterprises from investing to expand and lead directly to business failure. 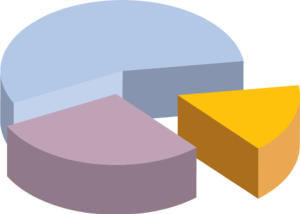 The UK has taken several measures in recent years to combat late payment. These have been a mix of voluntary steps aimed at increasing transparency and cultural change, such as the Prompt Payment Code and the Reporting on Payment Practices and Performance Regulations legislation, and more remedial policies. The Small Business Commissioner, created in 2017, can ‘name and shame’ companies that pay late, businesses with poor payment performance can be banned from bidding for lucrative public sector contracts, and since 1998 suppliers have had the right to charge interest on unpaid invoices.

However, there is no clear sign things are improving. The UK government’s preferred source of late payment data, an annual survey of invoices from Bacs, suggests SMEs are owed £23.4bn in overdue invoices, a higher figure than 2018-19.5 Other estimates from banks and payment providers put the figure higher still, between £34bn – 131bn.6 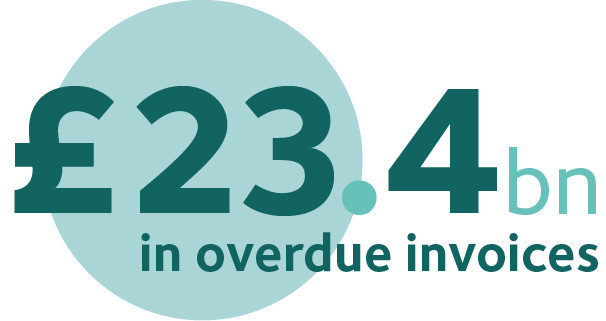 Reform the Small Business Commissioner with more resources and powers, including fines and the ability to compel companies to attend mediation

Freelancers need a trusted intermediary to resolve disputes without having to resort to a court claim. The establishment of the Commissioner’s office has been a positive step but the role needs more powers and resources to be effective. The current £1.7m budget should be increased so that the Commissioner has enough staff to deal with a larger volume of complaints and undertake investigations. Consideration should also be given to establishing national and regional offices, similar to the Australian model. New powers of enforcement would also raise the role’s importance and profile. These should include the ability to: fine chronic late payers, compel companies to attend mediation, and hold smaller businesses (as well as large) to account for their payment practices. We also believe that the Commissioner should use the existing powers of the role and present an annual report to Parliament or the Business Select Committee which names and shames the worst offenders and praises those who demonstrate best practice. 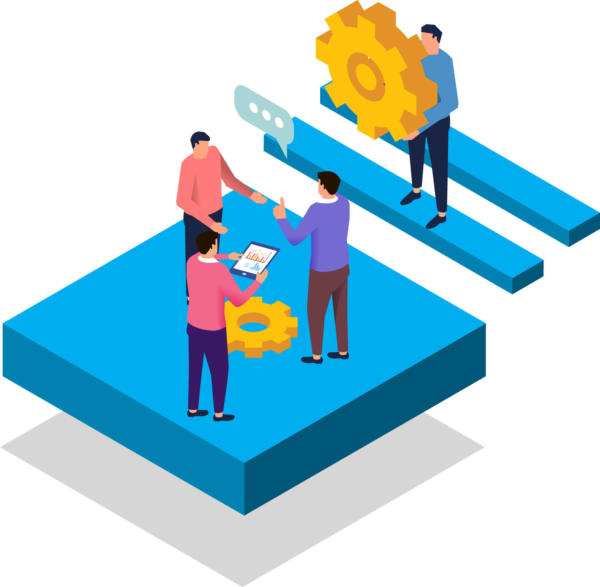 There are clear limits to the effectiveness of a Code that is voluntary rather than mandatory. Even if companies are signatories, there are few consequences if they do not pay promptly. This undermines the central aim of the Code, which is to work towards making payments within 30 days the norm. The Code should be put on a statutory footing, making it a legal requirement for large companies to sign up. Putting the Code into law would also address the problem of long payment terms. Too often, customers abuse their supply chain with unnecessarily long payment terms beyond 60 days. Making payment in 30 days the norm across public and private sectors would be a bold step towards changing this. The Commissioner should also have direct oversight and responsibility for the Code.

Government must use its purchasing power to ensure high payment standards amongst its suppliers. It should be mandatory for companies who receive taxpayers’ money via public procurement to be signatories to the Prompt Payment Code. If they are suspended from the Code, they should be blocked from bidding for future government contracts until performance improves. 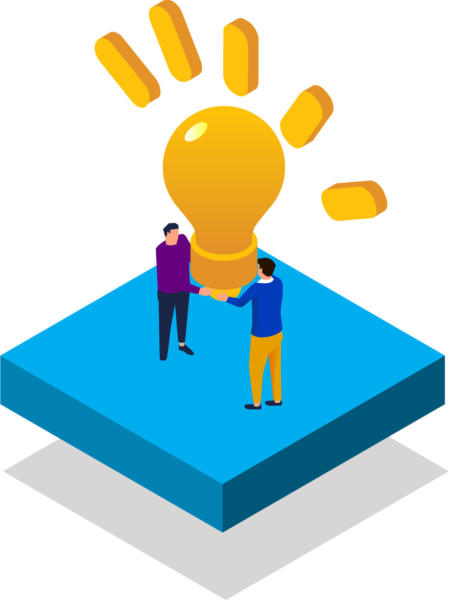 There are numerous sources of data on payment performance in the UK, from surveys undertaken by private companies to publicly available data facilitated by payment reporting legislation and the Code. However, much of this information is inaccessible or conflicting, meaning it is hard to get a clear understanding of the problem. Government, working with payment services providers and using the wealth of public payment data now available, should build a ‘UK Prompt Payment Index’. An easily accessible, searchable database to collate information could be a vital ‘one stop shop’ for measuring payment practices over time to hold government and industry to account. It would also be a source of information for freelancers and SMEs about who they might wish to contract with.

While government has a vital role to play, a cultural shift must also take place amongst both freelancers and clients. Freelancers should understand the wider consequences of accepting unpaid work and feel confident in using their right to charge interest to clients, while businesses shouldn’t expect free work as a matter of course. Raising awareness of existing rights, particularly the ability to charge interest on late payments and contact the Commissioner’s office, could stimulate an improvement in payment culture. We suggest that a portion of the new Commissioner’s budget be spent on a public information campaign on this. IPSE, along with other organisations who have highlighted poor payment practices in specific sectors such as the Musicians Union, would work with the Commissioner to promote this campaign.

IPSE has campaigned extensively for freelancers’ right to be paid fairly and on time. We led the way in calling for a Small Business Commissioner to be established and have pushed for successive governments to improve transparency and promote good payment practice. We also support sector-specific initiatives, such as Work Not Play from the Musicians Union and Equity’s Professionally Made Professionally Paid campaigns, to improve the culture of late payment.

IPSE are now launching a new campaign calling on government policy to go further on late payment in line with the recommendations in this report. We also want to empower freelancers to demand better from their clients to ensure they do not lose out on the money they are owed.

If you’re affected by late payment or want to know how to prevent it in future, follow IPSE’s practical checklist:

To find out more about IPSE’s campaign, email [email protected] to get involved and tell us your story.

The research referenced in this report is based on the results of a survey conducted in association with ComRes between 30th September and 8th October 2019. ComRes interview 1,002 self-employed adults online aged 18+. The data were weighted to be representative of all self-employed UK adults aged 18+ by age, gender, region, and Standard Occupational Classification (SOC) code.

Back to Late Payment Hub