The UK’s self-employed sector has undergone a massive boom since 2000, and now numbers 4.8 million dynamic, innovative people – a staggering increase of 50 per cent. But, as the number of people entering self-employment grows, the proportion of those saving for later life is failing to maintain pace. 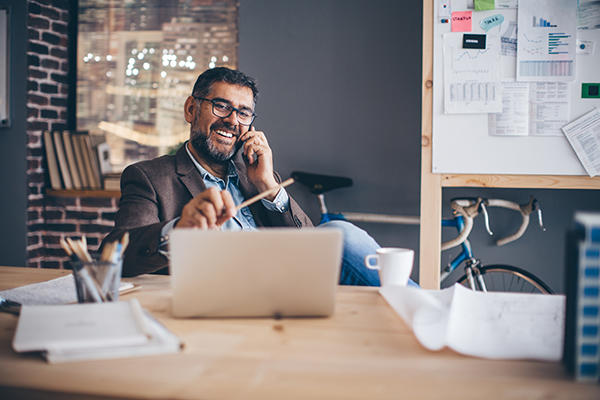 This is where initiatives like Saturday’s Pensions Awareness Day (PAD) come in. Driven by Pension Geeks, PAD – or #PAD18 as the social media hashtag goes – is designed to help people reengage with the previously disengaged topic of pensions. You can be a part of it on September 15.

Like IPSE, Pension Geeks believes the UK is not saving enough for later life and wants to use PAD as a platform to increase engagement with saving for retirement. It isn’t just limited to one day, however. Instead, a week-long campaign sees their big blue bus hit the road dishing out pensions advice. Starting in Edinburgh today and making its way down the UK before finishing in London on Saturday, the public are invited to attend and get advice from the experts on board.

IPSE believes Pension Geeks have hit the nail on the head; namely, people are disengaged with their pensions. This was a factor which came through strongly in our research. Put simply, pensions have a PR problem.

The combination of cumbersome paperwork and complicated language make pensions off-putting and inaccessible for too many. As a result, people don’t engage with them which can ultimately deter them from saving for later life. The banking industry suffered from similar problems but has since overcome them using appealing smartphone apps to improve engagement.

There is a whole package of solutions IPSE would like to see acted on, both from the Government and the pensions industry in our landmark report: 'How to Solve the Self-Employed Pensions Crisis'. But specifically, to tackle the pensions PR problem here are some of our key ones:

•    Pension products should be more user-friendly and engaging: the terms of a policy need to be clearly and accessibly set out. Language should be used which is accessible to all.
•    Deliver the pensions dashboard: ready access to real-time, transparent information on an individual’s pensions pot/pots will allow them to identify how well prepared they are for later life and make improvements where necessary. For those who are disengaged, access to this information has the potential to reignite commitment to planning their income for their retirement.
•    Pensions providers should develop smartphone apps: this would provide a user-friendly platform to help savers understand how much their pot is worth now and it’s projected worth in the future. Like, for example, the start-up provider Penfold are attempting.

Despite the high numbers of self-employed people not saving for later life, the Government and the pensions industry should treat this as an excellent opportunity to act. In addition, PAD also represents a fantastic opportunity for you to be proactive, seek advice and get on top of your pension.

Considering an overwhelming 67 per cent of the self-employed population are concerned about this issue, positive interventions like PAD, and the implementation of practical policies, will go a long way to helping end the looming self-employed pensions crisis.