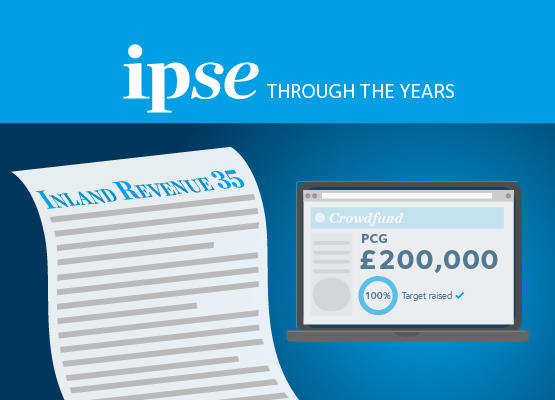 On an overcast day in March 1999, Chancellor of the Exchequer Gordon Brown stepped up to the despatch box in front of a packed chamber to deliver the final Budget Statement of the 20th century. He talked of the need to leave behind governments of the left, who too often undervalued wealth creation and enterprise, and governments of the right, who had been indifferent to public service and fairness. His overarching theme, though, was the need to advance a modern framework for a successful new economy by encouraging dynamism, enterprise and fairness.

However, earlier that day, a short walk across Parliament Square, Inland Revenue had published press release 35: Countering Avoidance in the Provision of Personal Services. The press release, abbreviated to IR35, detailed measures to counter ‘disguised employment’ as a means of tax avoidance by personal service companies.

IR35, the first piece of tax legislation to adopt the name of its press notice, was born, and there began the chain of events which led to the formation of Britain’s first online trade association – the Professional Contractors Group.

“Trawling around on the internet afterwards I pretty soon found a bunch of other people who were asking the same questions and of course the answer was, yes, it does mean us. It meant exactly us.”

According to the Government, the ‘us’ were allegedly those in employer engagements where they operated as limited companies - an arrangement which meant both parties benefited from a smaller tax bill. The employers avoided having to pay National Insurance Contributions, Sick Pay, and Holiday Pay, while the so-called ‘disguised employee’ was also able to benefit from a reduced tax bill.

The press release revolved around a measure to tackle tax avoidance by “kitchen fitters” who left their jobs on Friday, only to return again on Monday as freelancers. In reality, the actual target, whether intentionally or otherwise, were the 150,000 IT contractors operating in the UK at the time.

The Government was of the opinion that these contractors operated as a limited company purely to benefit from the reduced tax bill. Instead ignoring the fact that, in reality, this was the most logical and legitimate way for many of them to operate. Perhaps ignorant to this fact, Inland Revenue hoped to raise £450 - £900 million a year from them in revenue.

“There was a lot of anger,” said Gareth Williams, who later became PCG Chairman.

“IR35 was not just increasing your tax but at the same time requiring you to accept the label ‘disguised employee’. It was effectively saying your entire career was a fake. In retrospect, maybe not the best way to persuade people to stump up.

IR35 was not just increasing your tax but at the same time requiring you to accept the label ‘disguised employee’. It was effectively saying your entire career was a fake

“IR35 was presented as a simple 'tax avoidance' measure. But we all felt it was discriminatory - that it was OK for large companies to provide consultants to work alongside a client's staff, but if a small company set up to compete with them it suddenly became ‘disguised employment’. Being treated as a real business was as important as the tax issue.”

In the age of the internet, the Government had provoked a highly intelligent demographic, all experts in utilising technology to quickly connect, mobilise and, eventually, lobby. The Government had underestimated those who would be affected by IR35, and it quickly became obvious that any hopes the legislation would be quietly accepted were very mistaken.

As news of the incoming legislation spread, contractors took to the internet. In the absence of a contractor newspaper, many of them assembled around a website called engineerjob.com which, under the stewardship of Andy White, quickly became the primary source of information and blogs relating to IR35.

“I really benefitted from being a limited company and I really objected to being call a tax cheat,” White said. “At that time, I was between jobs and I was looking at setting up an internet company which was a jobs board called engineerjob.com.

“I was just about to get stuck into it and then instead of doing that I used it to post articles and opinion pieces about what I thought was a retrograde step. It touched a nerve I think, because pretty rapidly it built a mailing list of about 10,000 people. It was overwhelming really.

“I got involved and went off to a few meetings and because there was no contractor newspaper at that time, there was no way that a freelancer or contractor could get any information apart from through engineerjob.com.

“Around March or April time I posted a number of articles and sent out newsletters. Increasingly people started saying ‘look, can you do something about this? Why don’t we start a campaign?’. So I put a budget together for a campaign - I think it was about £200,000. The budget allowed for us to a hire an experienced lobbyist, PR and set up the campaign. So I said, ‘if 2,000 of you commit to providing £50 I’ll start it’”.

The key to mounting an effective challenge against IR35 was to move quickly, striking while the iron was hot and building up a vocal, persuasive and effective opposition to the legislation. White sent out a series of emails breaking down the funding for the campaign, and a time frame in which they needed to act.

To raise the first wave of funding, White gave a relatively short two-week deadline for people to commit to pledging £50.

“I was ambivalent about it and I think that came out in some of the emails I sent out at the time. By about half way through the two-week time limit I’d given, about 800 or 900 people had said yes and 1,200 were undecided. I said it’s up to you, I’m off for the weekend!

“I went away cycling, and then I got back and 2,007 emails had been received saying “yes”. So I had to start the campaign then effectively. I underwrote the campaign and got it going with my own funds. I put up a membership site which was called IR35update. That grew rapidly over the first 12 months - I think it quickly grew to about 10,000 people.

I went away cycling, and then I got back and 2,007 emails had been received saying “yes”. So I had to start the campaign then effectively

“The idea with the campaign was; we had a limited shelf life so we were going to give it our best shot and see what we would do. At the end of it, any money left over we’d give to charity and close it down.”

The decision for thousands of contractors to pledge their own money, quickly raising the initial wave of £100,000, was a reflection on the general consensus: an overwhelming resentment of the Government’s perception of ‘disguised employment’.

“I don’t remember how I came upon engineerjob but I picked up on it quite quickly,” Robson added. “At the time I think the speculation was that, if you’re part of a professional body, you’d be exempt from IR35. I joined PCG pretty much the day it started as one of the people that put in the initial £50 pledge. It didn’t take long from the day of the press notice; we’re only talking a couple of weeks.

“Andy did what Andy does - he gathered some smart people and got them geed up. We broke quite a lot of new ground, Andy said he wanted 2,000 people to pledge £50 – and he got that.”

The forums were set up, the threads started running and, in doing so, PCG was up and running

As the crowd fund was finalised, and PCG began to mobilise, Labour MP Stephen Timms justified IR35 to the house: “The problem at the moment is that there is an uneven playing field, which is disadvantageous to major organisations.”

There was a sense of indignation that major organisations were being prioritised at the expense of the contractors who were engaged with them. The Government had made their stance clear, now it was time for the PCG to do likewise. Over the ensuing months PCG and its pledgers would become a highly organised, efficient, active and feared lobbying group. The battle for IR35 was underway.

“It was like a revolution. We were bound by a sense of anger. We were a baying mob, like the sans-culottes, and we needed to constantly feed (our pledgers) meat to keep them satisfied.” Philip Ross, PCG’s first external affairs director, said. “The forums were set up, the threads started running and, in doing so, PCG was up and running.”