Not everyone wants to be an entrepreneur 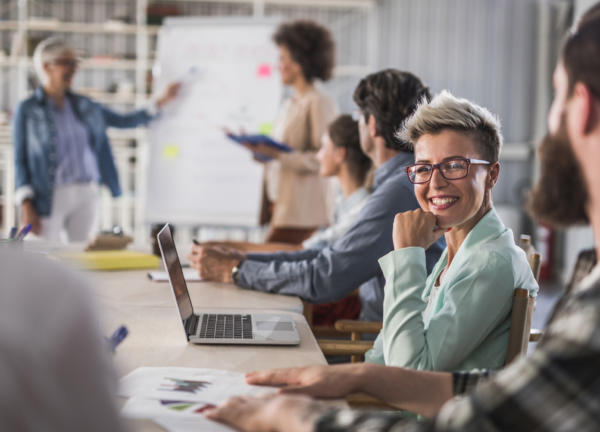 From Dragon’s Den to Silicon Valley’s Unicorns, the buzzwords that abound in the world of entrepreneurship glorify one goal above all others: growth. Reinforced by a media focus on disruptive start-ups and government support geared towards helping firms grow, expanding a business is often assumed to be the ultimate badge of honour for all self-employed people.

A new report released this week by IPSE and the IPA (Involvement and Participation Association) tells a very different story; dispelling the myth that the self-employed all strive to be entrepreneurs, the report finds that being able to employ other people is not how the majority of self-employed people gauge their success. Instead, most self-employed people (63%) see developing skills and knowledge as a vital measure of career progression – even more than rising earnings.

Rather than fitting the “start-up” stereotype, many self-employed simply enjoy practicing their chosen profession – be it an artist, writer, therapist, tutor or consultant – and want to develop their expertise rather than scaling up their business. An IT consultant in Manchester summed up this style of thinking, saying “I don’t need to have a grandiose role; what I want to do is make a difference. So for me it’s the ability to work on projects that are interesting to me but also will leave a legacy”.

This mindset stands in stark contrast to policymakers’ narrow perceptions of the self-employed, which has resulted in support being funnelled into helping business grow and little support available for those wanting to develop their skills. This is not only a problem for the self-employed, but for our economy as a whole. Training has been identified as key to both increasing earnings and tackling the UK’s productivity problem.

For the vulnerable self-employed, developing their skills can be particularly challenging – both because they struggle to pay of training itself and because many cannot afford to take the time off for it. There is currently very little support for those at the lower end of spectrum, which can leave some trapped in a cycle of low-pay.

The New Enterprise Allowance (NEA) is one of the few programmes out there targeted towards those on low-incomes and, while it is encouraging to see the government recognise self-employment as a viable route out of unemployment, a number of design faults need to be fixed. For instance, the scheme needs to be made available to more people who use JobCentre Plus, as 93% of JCP customers are currently ineligible. Improvements also need to be made to the way payments are received. As it stands, payments are halved after three months and stopped completely after six months. This disregards the amount of time it typically takes to build up a viable business and needs to be extended.

The report’s finding also offer engager’s some food for thought. Just like employees, it is important that engagers understand the motivations of contractors they work with – and these motivations may differ significantly from employees.

As the government turns its focus to the quality – not just quantity – of jobs in the UK, it must listen to the self-employed themselves. Working well for yourself does just that, and sends a clear message to government: helping the self-employed develop their skills should be placed front and centre of the good work agenda.