What does a no-deal Brexit mean for the self-employed?

With negotiations over Britain’s future trading relationship with the EU proving slow, the prospect of a no-deal Brexit – which Theresa May referred to in her 2017 Lancaster House speech as being ‘better than a bad deal’ – is starting to look a real possibility.

But what would such a scenario mean for the UK’s 4.8 million self-employed? 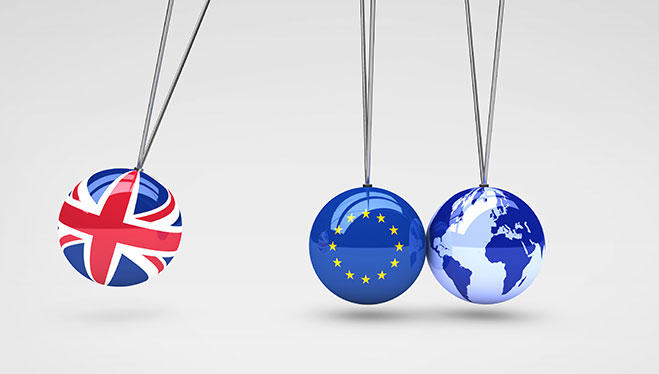 For starters, freelancers are worried about the progress of Brexit negotiations. IPSE’s latest Freelancer Confidence Index shows that Brexit is now the top concern for those working independently, over and above IR35 and other government policy.

This could well be because the self-employed tend to be the “canary in the coalmine”: the self-employed will be the first to lose out if companies decide to hold back on investment or move operations out of the UK.

In a survey we conducted that fed into our A Brexit deal for the Self-Employed report, we found the self-employed on balance wanted a Brexit that caused minimal disruption – single market access, the free movement of skilled professionals and a transitional period were all favoured by those working independently.

There are though a number of Conservative politicians, including Jacob Rees-Mogg MP, Chair of the pro-Brexit European Research Group, who believe the UK has nothing to fear in a no-deal scenario which would ‘allow us to achieve Brexit sooner’.

An article this month in The Spectator by Professor David Collins at the University of London set out the case for relying on WTO rules. He outlines that ‘tariffs on most manufactured goods between the UK and the EU would stay quite low, averaging around 3 per cent’. He also argues there would be ‘no grounds for the EU to exclude our goods from its markets’, while ‘the WTO…obliges the EU to maintain borders which are as frictionless as possible’. The case is also made that leaving the EU customs union will enable an increase in global trade, something especially attractive to the self-employed - 73 per cent of whom would like to see Britain achieve better access to markets outside the EU following Brexit.

As Collins himself acknowledges however, ‘the WTO’s coverage of services is incomplete and would not grant UK firms the level of EU market access they enjoy under the single market’. This could be a particular problem for the UK’s independent professionals, many of whom will contract with EU companies based in the UK, who then export services into the EU single market. Reduced access to the single market could cause these companies to relocate, leading to fewer opportunities for UK freelancers.

Those opposed to a WTO scenario have argued that not having a transition period (during which the UK continues to follow EU rules) will lead to a “cliff-edge” for the UK, with WTO tariffs leading to sharp reductions in trade and UK exports. Before the referendum, Treasury modelling suggested WTO rules would lead to unemployment rising by 820,000 and the sterling falling in value by 15 per cent. Disruption at ports and airports has also been predicted given the need for greater checks on goods, while the LSE predicts ‘a sharp rise in prices, turning everyday staples like butter, yoghurts, cheese and infant formula, into occasional luxuries’.

It has been suggested however that if this severe disruption does take place, it will actually be good for some independent professionals. This is because if industries are forced to deal with rapid change and uncertainty, they will be likely to bring in more temporary resource in order to deal with the situation and help manage them through the period of change. Of course this could be a short-lived benefit if in the long term there is a reduction in economic activity.

The weight of judgement from most economists is that the UK leaving the EU in March 2019 with no trade deal agreed, and reverting to WTO rules, would cause serious economic problems. But of course experts have been wrong in the past - many had predicted a significant economic slowdown and rising unemployment in the wake of a Leave vote. The proof of the pudding will be in the eating. Regardless of what happens, one things rings true for independent professionals: they will have to adapt to whatever world they find themselves in March 2019.