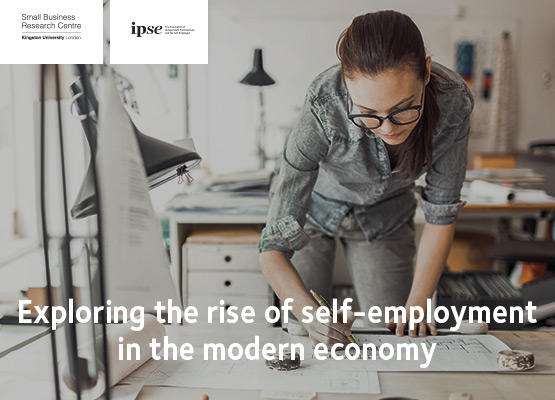 The number of freelance mothers has doubled since 2008, a new report by Kingston University and IPSE has shown. The report, ‘Exploring the rise of self-employment in the modern economy’, shows more mothers than ever before are choosing to work for themselves, putting the current figure at 594,000.

Mothers working for themselves now account for one in seven of all self-employed people in the UK. The largest numbers can be found working as highly skilled freelancers, particularly in two areas: associate professional and technical occupations (137,000) and professional occupations (125,000). The third-largest group (123,000) work in caring, leisure and other service occupations.

The rapid rise of freelance mothers has helped to drive a significant growth in the overall number of female freelancers. There are now 67 per cent more female freelancers than in 2008, amounting to approximately 880,000. As a result, 43 per cent of all freelancers (the highly-skilled, professional self-employed) are female.

The growth in the number of female freelancers has also fuelled a significant rise in the overall number of freelancers in the UK, up 46 per cent since 2008.

Corinne Stuart, IPSE’s Head of Commercial Development, commented: “On International Women’s Day, these results show just how useful and important self-employment can be for women who want to work and spend time with their children. In the last eight years, more women than ever before have recognised how invaluable the flexibility of self-employment can be, allowing them to both earn an income and spend time with their children. For many, it is also vital means of moving back into the workforce.

“As more and more mothers and other women opt for the freedom and flexibility of working for themselves, it is important for the Government to recognise how liberating and beneficial self-employment can be, and ensure it remains a viable career path for all. It should make a particular effort to ensure self-employed mothers have all the assistance and support they need, such as by making them – like employees – eligible for Statutory Maternity Pay.”