IPSE’s manifesto policy tracker: how do the parties compare?

Two weeks ago IPSE launched it’s manifesto for the 2019 General Election. Entitled 5 Million Votes, it is our most comprehensive manifesto to date and contains forty recommendations, covering areas as diverse as the tax system, disability, workhubs and digital infrastructure. 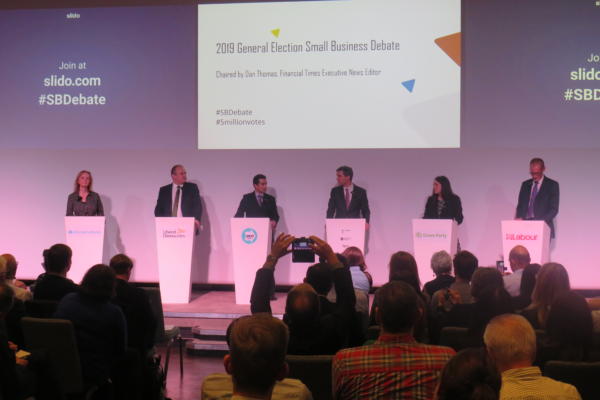 Since then, the political parties have published their manifestos and we’ve closely scrutinised them, cross-referencing their policies with our own to see where they align (earning a tick) and where they diverge (resulting in a cross). We’ve also made note of where their policies are not altogether clear (demarked by a ‘?’), and where there is no policy at all, or at least, no mention of it (demarked by ‘NC’ for ‘no comment).

Our grid is predominantly based on what is explicitly written in their manifestos, but we’ve also taken into consideration statements made by senior politicians which strongly indicate their party’s position on a particular issue.

We have picked some highlights to show our reasoning for particular areas below.

It should be noted we have not included Brexit in the grid. IPSE’s manifesto does contain recommendations on Brexit, such as a flexible visa system for high-skilled freelancers. However, in this election they are really focusing on the big picture of Leave or Remain or a second referendum. Every individual has their own view on the best way forward on this and, for this reason, we haven’t attempted to suggest which approach will benefit the self-employed, preferring instead to leave it up to individuals to decide.

The big issue for many contractors isn’t Brexit at all – it’s IR35. IPSE has called for the private sector plans to be scrapped or at the very least delayed for two years while a comprehensive review of its impact in the public sector is carried out. The Liberal Democrats and the SNP come closest to this position, both of whom explicitly state in their manifesto that they will review the policy.

Labour’s position is less clear. Bill Esterson, the party’s shadow small business secretary, did suggest at IPSE’s hustings event earlier this week that Labour were supportive of IPSE’s view, but the party has since gone quiet. There’s no mention of IR35 in their manifesto and when taken into consideration with their proposed hikes on Corporation and Dividend tax, we’ve marked them down.

The Conservatives, who are the architects of the private sector changes (and the public sector changes for that matter) do not score on this issue, for obvious reasons. The Greens and Brexit Party make ‘no comment’ on IR35, hence the ‘NC’ notation in their columns.

One area where there is much welcome cross-party support is late payment. Whether it is the Conservatives’ pledge to strengthen the powers of the Small Business Commissioner or Labour’s plans to ban late payers from public procurement, every party has committed to tougher action in this area and is aligned with IPSE’s asks.

Self-employment has been growing as a proportion of the workforce but freelancers risk losing out when it comes to later life saving and access to mortgages. Again, the parties have scored some hits in IPSE’s eyes here. Labour, the Lib Dems and the Greens all acknowledge in their manifesto that the self-employed need tailored solutions on pensions. Disappointingly, the Conservatives do not have any such proposals. We also place a question mark on the SNP for saying they want auto-enrolment extended to the self-employed – while we appreciate they are keen to help flexible workers, we do not think this is the right solution.

The Tories are stronger on mortgages, where they mention that their proposed review of self-employment will look at this in greater detail. Labour, too, reference helping freelancers to access mortgages.

Overall, one of the most heartening aspects of the manifestos is that the parties recognise that the growth in self-employment prompts wider questions about their access to rights and support. This is exactly the argument IPSE has been making in 5 Million Votes.

On employment status, Labour and the Lib Dems are both looking at solidifying the definition of self-employment vis-à-vis the worker and employee categories. IPSE welcomes this, although of course the devil will be in the detail. The Tories repeat their commitment to take forward the Taylor reforms but have less detail on what this would mean – putting a question mark on them for employment status.

Labour and the Liberal Democrats have also both committed to extending parental leave and pay to the self-employed – a big win for IPSE and others who have campaigned on this. The Conservatives suggest they will look at the issue as part of their review.

On Universal Credit, we have long argued this system needs to be more flexible if it is to work for the self-employed – the opposition parties have grasped this in their manifestos. Regarding wider support on helping those who are disabled into work we are pleased with the offerings of most of the parties.

Another big win for the self-employed is broadband. While the means by which the parties intend to deliver their ambitions for extending superfast broadband do differ (quite radically in Labour’s case) it is heartening to see all of them committing boldly to improved digital infrastructure and prioritising small businesses in the rollout.

IPSE have long argued that opening up public sector procurement opportunities to freelancers should be considered. Pleasingly, every major party proposes to open up procurement to make it easier for small businesses and start-ups to access this market. The Greens have perhaps the strongest offering on this – going so far as to say 15% of government contracts should be awarded to microbusinesses (not just SMEs).

IPSE is extremely proud of how many of our issues we’ve managed to get into the party manifestos. As the grid below demonstrates, self-employment is a major feature in this election. Even with the dominance of Brexit, politicians appear to be waking up to the fact that they need the support of the 5 million self-employed if they want to win.

We still want all the parties to adopt more robust positions on many of these issues, especially IR35 which is going to have a calamitous effect on the private sector unless something changes between now and April. We will keep fighting to the last breath on this issue. In the meantime, we hope the grid below will help you to decide which party will get your vote come 12 December.