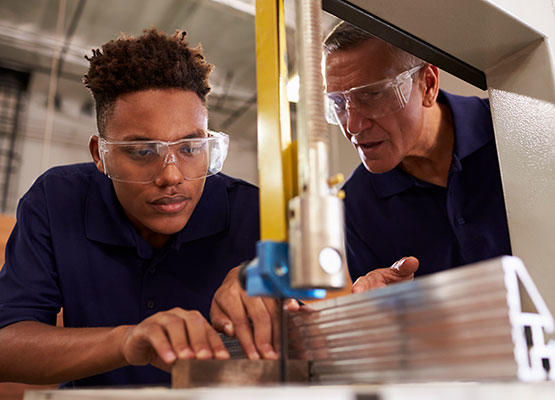 It has taken the UK economy a long time to recover the productivity lost following the 2008 Financial Crisis. However, it is important that we continue to question how to boost productivity beyond the existing levels.

Currently, the UK sits behind Italy, France and Germany in terms of output productivity. And with the UK heading into post-Brexit Britain in 2019, it is vital that we look at ways to close this gap. As it stands, for every £1 a British worker makes, a German worker produces £1.35 – evidently a significant gap in productivity.

Why does productivity matter?

Put simply, productivity is the ratio between output and input. When we talk about inputs, we typically mean financial capital, or physical capital in the form of machinery or labour. Improving productivity, therefore, involves increasing output with fewer inputs - so it important that we increase productivity over time. Doing so would lead to an increase in living standards as output increases without expanding input.

Failure to improve productivity long-term could have negative impacts on the health of the UK workforce. Essentially, it would mean working longer to produce the same amount - which may lead to physical or mental health problems.

How can we improve productivity?

Schools, sixth forms and universities must ensure that pupils and students have either the skills that employers want, or the skills that would allow them to set up on their own. IPSE welcomes the continued emphasis on apprenticeships in the UK and believes that this should help us to deal with long-term productivity.

Then we must look at those who already have established careers. In an era which will be defined by automation and artificial intelligence, it is vital that we prepare people with skills that will allow them to progress to a better career, should automation have an impact on theirs.

Where does self-employment fit in?

More can definitely be done in the self-employed arena for this. Currently, employees are able to reclaim a deduction if they undertake training. IPSE recommends that self-employed people wishing to upskill should be entitled to a tax-deduction based on the cost of upskilling. This will provide a level playing field as well as incentivise upskilling, and will help to better prepare the flexible labour market as automation occurs.

According to Professor Andrew Burke, Dean of Trinity Business School Dublin, the self-employed already encounter additional barriers such as lack of finance guarantees and other inherent risks of self-employment. By failing to address the issue of upskilling, these additional barriers are exacerbated in the long-term, which will weaken productivity.

To continue competing with other global economies, it is vital that Britain faces up to the problem of productivity sooner rather than later.

If we start to look at productivity now and take steps to ensure that the UK can become skilled for the future, as well as providing conditions that offer and promote flexibility, we can deal with the long-term issue and produce higher living standards.