Hacking away at a savings solution 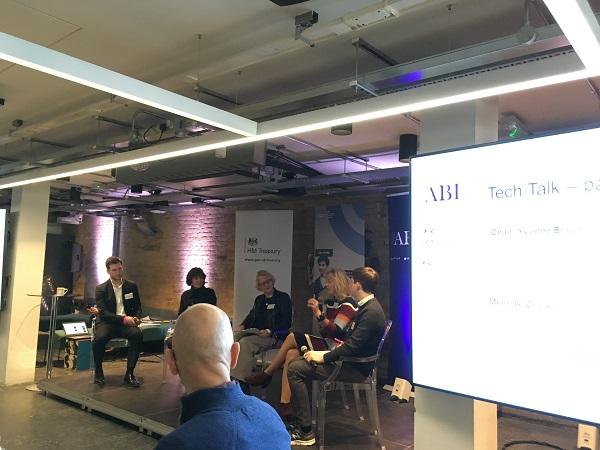 Can tech-based interventions help self-employed people save for later life? This week IPSE participated in a ‘hackathon’ on the pending self-employment savings crisis. But, what is a hackathon you ask? A hackathon – in this case the #SavingsTechSprint – is a way of bringing together experts to develop technology-based solutions to real world problems. To help tackle this we were joined by industry leaders, government officials, policy experts and think tanks.

Firstly, a huge thanks is owed to the Association of British Insurers – and especially Anna Sharkey for her tireless work to make this happen – and to Aviva for hosting us at their trendy Digital Garage. We would also like to thank HM Treasury and the Department for Work and Pensions for their important involvement in the event.

So, what’s the big deal?

Self-employment has grown at an enormous rate – up 50 per cent since 2000 to almost five million people. This huge success for our sector demonstrates that a growing number of the UK’s workforce truly values the benefits, such as autonomy and control, provided by self-employment. And, as John Glen, the Economic Secretary to the Treasury, stressed at the hackathon: the self-employed are a productive force for the UK economy. 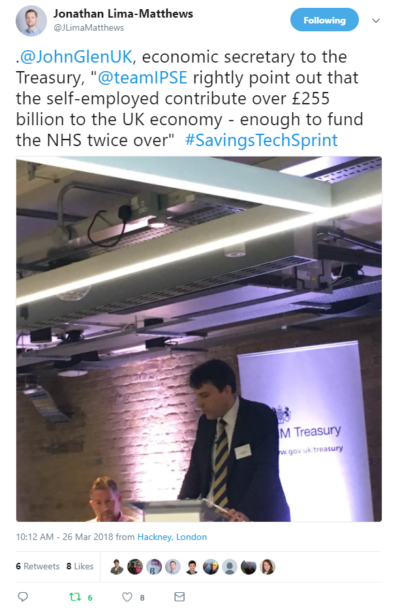 But as the number of self-employed people grows, the rate at which they are saving for later life is in decline. According to figures from the Office for National Statistics, only 17 per cent are saving into a pension, and when you split this by gender, just nine per cent of self-employed women are saving. This is a particularly alarming finding considering they are growing at a rate of 75 per cent.

What is IPSE doing about this?

IPSE takes this seriously. We have commissioned research with ComRes to learn more about the barriers self-employed people face when saving for later life and crucially, what they want in terms of pensions and savings solutions from providers.

We have had conversations at all levels within government, and directly with industry to voice the concerns of our members. We will also be releasing a report setting out what can be done to encourage more self-employed people to save for their life after work.

If you have any thoughts, tweet us @IPSEWestminster or email [email protected].