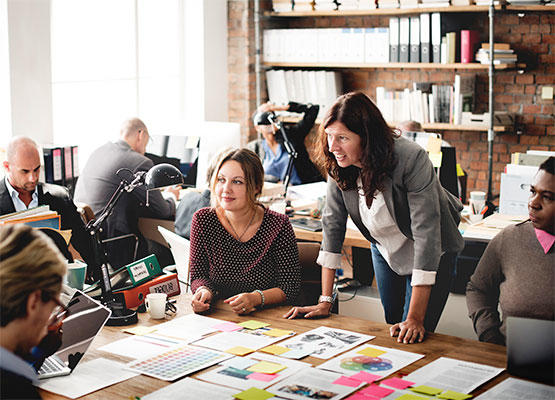 The Resolution Foundation has today released a report titled A New Generational Contract: The final report of the Intergenerational Commission. The report outlines a series of proposals designed to help narrow the intergenerational gap that exists between baby boomers, Generation X and Millennials. IPSE is particularly interested in this report due to the prevalence of self-employment within all three cohorts.

Self-employment has grown by 50 per cent since 2001 and now numbers 4.8 million people or 15 per cent of the UK workforce. The 16 to 24-year-old category has increased by 74 per cent from 104,000 to 181,000 between 2001 and 2016. During the same period, the number of those aged 65 and above increased from 159,000 to 469,000. With the growth in self-employment so evident across all generations, any report that investigates inter-generational divides must consider people working for themselves.

In their report the Resolution Foundation have presented several proposals that, if introduced, would have an impact on the self-employed. These proposals fall under three categories: pensions, statutory benefits and taxation.

Whilst automatic enrolment has helped more employees save for later life, self-employed people have not had this assistance. The number of those saving via a pension is in decline, while for many Millennials the option of using property to save for retirement – as other generations many have done – is also unrealistic. The Resolution Foundation has now proposed two methods to help to improve saving provisions for the self-employed.

The first is a form of automatic enrolment. Self-employed people would be defaulted into a pension – possibly with Nest who already handle many of the automatic enrolment pension pots of employees. When a contract is completed, a client would be obliged to make a pension contribution for the self-employed individual they engaged. This was also raised in the IPSE-commissioned Demos Report: ‘Free Radicals: Britain’s self-employed millions urgently need a new deal’.

The second recommendation is to reform tax relief on pension contributions. Presently, pension tax relief is available at the marginal rates of 20, 40 or 45 per cent which benefits the highest earners. However, the Resolution Foundation would like to see a flat tax relief applied, which would help those at the bottom or lower middle end of the earnings distribution – a policy supported by the RSA.

Implementing policies such as the extension of statutory benefits does however cost the government money. The Resolution Foundation suggested they be funded by changes to the taxation of self-employed people.

Firstly, they believe the difference in National Insurance Contributions between self-employed people and employees should be narrowed. This move was widely condemned, and subsequently scrapped, when the Chancellor announced his intention in last year’s Spring Budget. So, given the uproar it caused, pursuing this approach appears unlikely in the short-term.

The Resolution Foundation’s second idea is the introduction of National Insurance Contributions for those working over the state retirement age. With many self-employed people falling into this category, a great number of people would be affected. This policy is set to raise around £0.9 billion by 2020.