Last week was “Super Thursday”, an annual event that gets nerds like me excited. But it’s also relevant to just about anyone who has a job, house or business, like IPSE members. The Bank of England releases a set of economic forecasts, which tend to prove inaccurate, but nonetheless provide a helpful guide to the prevailing economic winds. 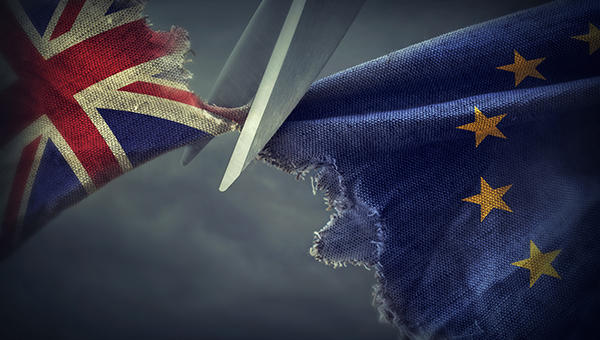 Suffice to say, the press conference was heavy on Brexit mentions, caveats and fog. Governor Mark Carney referenced a Times article from a century ago, alluding to fog in the channel as a metaphor for Britain’s EU withdrawal. He made it very clear that the Bank’s predictions for 2019 were predicated on the UK getting a moderate deal through parliament and beginning its transition out of the EU.

With the current Brexit malaise, Carney’s European fog has descended on the Channel once again. Uncertainty about our future relationship with the EU is hitting investment and business confidence and also affecting business planning. Those prepared for a ‘no deal’ are only prepared for what might happen, not what will. Consumer spending has taken a hit, affecting the high street. Even spending on flights has been affected, suggesting that with less than seven weeks until we leave the EU, people are wary of booking holidays to the Continent.

It isn’t just Brexit which hangs over the UK economy. Slowing growth in China and the associated trade war with the US have taken their toll too. Poor factory data from Germany has made the markets jittery. And Italy has now entered a technical (two quarters in a row) recession.

GDP growth has been downgraded in the short-term both because of weaker global economic activity and Brexit uncertainty. Previously, it was forecast to grow by 1.7 per cent, but it is now expected to grow by just 1.2 per cent. Sliding global oil prices have also led the bank to downgrade its inflation predictions. It is now expected to dip under the BoE target of 2 per cent (it was 2.1% in December 2018). But in the medium-term, it is expected to rise back up above 2 per cent.

This gloomy forecast from the Bank foreshadowed more gloominess from the Office of National Statistics (ONS). Earlier today it announced the UK economy grew at a rate of just 1.4 per cent over the course of 2018. That’s the lowest growth rate since 2012 - another cause for concern.

In the longer term though, the Monetary Policy Committee (MPC) does, overall, expect things to start looking up once the Brexit “fog” clears and businesses start thinking about investment again.

All this explains why the MPC, who decide on the base rate of interest have decided to stick rather than twist. Interest rates have been below 1 per cent in the UK for an unprecedented period. And with Brexit on the horizon, over the last 18 months the UK base rate has been raised in a more cautious, steady manner than other central banks.

Then, if Brexit is “disorderly”, the MPC may have to raise the rate to protect against inflation – or they may need to lower it to encourage investment. For now though, because they are understandably uncertain about what is going to happen, they have decided to wait and see.

Who could blame them? Uncertainty is causing problems everywhere – particularly for the UK’s 4.8million self-employed and the wider business community. They should not be in this position: there should be far more clarity about our economic relationship (among other things) with the EU beyond the 29th March. Even with a deal, more could have been done on financial services and future worker visa arrangements.

So, all in all, lots of fog and lots of gloom. But Carney did offer a few reasons to be cautiously cheerful. There is an underlying resilience to the UK economy. We’re going to need that over the course of 2019, along with a vibrant self-employed sector.