Counting the cost of Covid: one million self-employed pushed into debt due to pandemic

One million UK freelancers have been pushed into debt since the pandemic hit, according to a report by IPSE (the Association of Independent Professionals and the Self-Employed) and digital bank, Starling. 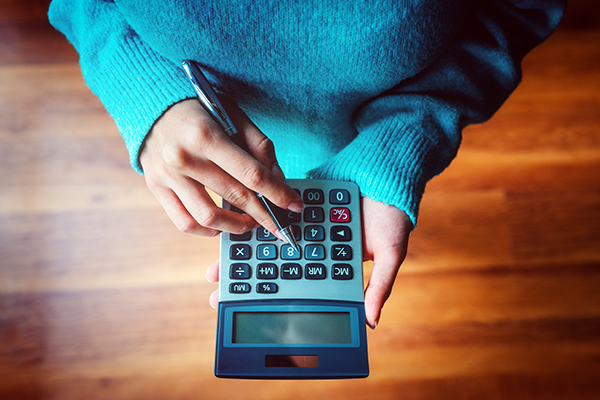 The research, undertaken to assess the impact that COVID-19 has had on the UK’s self-employed, found that one in four (23%) freelancers have had to take on credit card debt to get by – equating to approximately 1.05 million people.[1] Meanwhile one in seven (14%) have used their overdrafts and more than a quarter (27%) have used up their savings. A fifth (18%) say they will need to borrow money to pay their tax bill, while 47% of freelancers say that they have been putting money aside throughout the year to prepare for their next tax return.

Britain’s freelance population, which numbered five million in March but has since shrunk to 4.56 million[2], has faced huge challenges in the last six months including a significant fall in demand for freelance work[3] and a steep decrease in average earnings (25% drop in Q2 2020)[4].

The research showed that there has also been limited access to government support for freelancers. Only a third (33%) of sole traders have accessed the Self-Employment Income Support Scheme, while just a fifth (22%) of limited company directors have accessed support through the Coronavirus Job Retention Scheme. Meanwhile 44% of freelancers haven’t had to use their savings or turn to borrowing or other support (aside from government schemes) since Covid hit, showing some positivity.

Freelancers’ financial situations have also been impacted by an increase in late payments during the pandemic. Over a third (36%) of the self-employed said that instances of late payment have increased and over a quarter (28%) have been paid late by a client during the pandemic. One in six (17%) freelancers find themselves with no money to cover work-related expenses or basic living expenses (15%) as a result.

As well as causing financial hardship, the increased prevalence of late payments during the pandemic is taking a toll on mental health. Half (48%) who had been paid late said it left them feeling stressed or anxious and a third (31%) said they lost sleep over it.

This increase in late payments is likely to be felt more by women freelancers, as the report showed that they are more likely than men (67% vs 52%) to have encountered this issue with clients.  Women also reported late payments having a worse effect on them and were more likely to say that it led to them feeling stressed (56% vs 45%) and losing sleep (39% vs 26%). They were also more likely to find that late payments had left them with no money to cover work-related expenses (23% vs 15%) and even basic living costs (22% vs 11%).

Chloé Jepps, Head of Research at IPSE (the Association of Independent Professionals and the Self-Employed), said: “This research shows in detail the drastic and deeply concerning impact the coronavirus pandemic has had on freelancers’ finances. In particular, it shows how its effects are likely to last for years to come, as many freelancers have burned through their savings and turned to credit cards and borrowing to get by.

“The pandemic led work to dry up across the sector, and too few freelancers have accessed government support – often because they are excluded from it. The situation has been worsened by the increase in late payment – particularly for female freelancers. Before the pandemic, female freelancers were often in a less secure financial position than their male counterparts (in large part because of the gender pay gap). Now, poor payment practices are making the situation even worse, disproportionately affecting their finances and even mental health.

“The government has rolled out some support for the self-employed, but it must urgently look at ways to make this more flexible and fair – to ensure it reaches all self-employed in need. It should also look at new and longer-term ways to address the freelancer financial crisis: particularly the damage done by late payment and the disproportionate taxes still hanging over many struggling self-employed.”

Anne Boden, CEO and Founder of Starling Bank said: “Self-employed people are the backbone of the British economy. These findings indicate how hard hit they have been by the pandemic, creating a real need for banks such as ours to continue to support them by offering competitive rates, competitive loans and money-saving services. Without these, they simply won’t survive.”

[1] Based on current freelancer population of 4.56million, cited below

[3] Previous IPSE research showed that at the end of March 2020, 69 per cent of freelancers said that the demand for the work they do had decreased as a result of the crisis