Coronavirus: What IPSE is doing and advice for freelancers and the self-employed 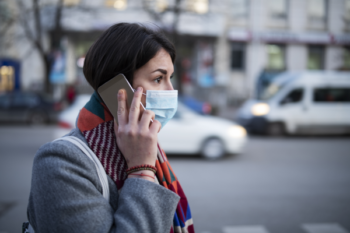 IPSE has been campaigning to make sure the government does not treat the self-employed, who account for 15% of the UK workforce, as an afterthought in its preparations, public communications and support in its response to the coronavirus.

Over the last eight months, we have been leading the campaign to raise awareness about the impact the crisis is having on the self-employed, and the need for government to provide them with the necessary support. We are pleased the government introduced the Self-Employment Income Support Scheme (SEISS) but we are concerned that many have missed out on this support, including the newly self-employed and limited company directors. In addition, with concerns growing over new restrictions in light of increasing cases, there is a need to ensure support for the self-employed is flexible, fair and focused in the coming months.

We have set out detailed information on what support is available for you on our comprehensive FAQs page.

More information on what we are doing to help the self-employed, along with some links to the latest government advice on coronavirus, can be found there and by clicking through the drop down buttons below.

Below we have listed some direct links to the government webpages detailing the various business support schemes that have been announced. However, we would also recommend you look at our comprehensive FAQ page if you have any questions.

Deferral of VAT payments due to COVID-19 (Gov.UK)

Payments for those self-isolating (Gov.UK)

Please note the deadline for these funds may have closed, check with the grant providers before making an application.

IPSE will continue to monitor this situation closely and post any updates for members and the wider self-employed community on this page.

What IPSE is doing

IPSE recognises this is not just a health crisis but an economic crisis - and we have been campaigning hard for government to give more support to the self-employed. Here is a timeline of our campaigning activity - jump to the end to find out what we're currently doing to ensure your voice is heard.

To get involved and help amplify our voice, you can help support us by joining now.

IPSE first wrote a letter  (available to view here) to the Secretary of State for Health, Matt Hancock, and the Secretary of State for Work & Pensions, Therese Coffey, on 27th February on the issue to raise our concerns about a lack of guidance for the self-employed and the risk to their incomes that COVID-19 would pose. In our letter we set out two recommendations for government: publish specific guidance for the self-employed and introduce an income protection fund for those affected by the coronavirus to cover loss of income.

IPSE teamed up with the Creative Industries Federation and dozens of other groups to write an open letter to the Prime Minister asking the government to create a Temporary Income Protection Fund to support self-employed people through the coming months, to keep their businesses alive and help them meet their basic living costs. We organised a successful petition signed by over 200,000 people on this. We made several media appearances on the BBC, Sky News, LBC and in print to highlight the need for the government to consider the self-employed. The issue also received considerable attention in parliament and IPSE gave evidence to the BEIS Select Committee on 17 March to highlight our concerns. You can watch that session here.

Following our pressure, IPSE welcomed the government’s announcement on 26th March of a “historic lifeline” of financial support for the UK’s self-employed in the form of the SEISS. These measures guarantee self-employed people who work as sole traders, and earn up to £50,000, 80 per cent of their income. This will be based on their previous tax return(s). The Chancellor announced on May 29 that the scheme would be extended for a further three-month period, with a second grant able to be claimed in August 2020.

While the package will provide essential support for many self-employed people, IPSE has pledged to keep working with the government to ensure all freelancers in need are supported during the Coronavirus outbreak. We are continuing to highlight to government the need for further support for those groups who missed out, including limited company directors and the newly self-employed.

IPSE stepped up our campaign calling for the government to find ways to include those self-employed workers who missed out on SEISS to be brought into the available support schemes. We gave evidence to the Treasury Select Committee on our proposal for a 'pay now, claw back later' model to include dividend income in the government schemes to help and were heartened to learn that the government's Small Business Minister was considering further support. IPSE also published a new report featuring a survey of freelancers highlighting the economic impact the crisis was having.

The month began with welcome news that the SEISS was open for applications. However, we continued to express concern that several groups had been excluded from support - and there was mounting uncertainty that SEISS would not be extended or significantly reduced.

We called for SEISS to be extended for a second time, rallying support from the Creative Industries Federation, BECTU, and Equity - we were pleased that government heeded our call and said the scheme would continue until August. We were also joined on one of our weekly webinars by Small Business Minister Paul Scully MP, who fielded questions from IPSE members on the government's approach.

Another busy month saw us welcome a report from the Treasury Select Committee backing our call to extend government support to company directors, through the adoption of our 'pay now, claw back later' model. It was also announced that SEISS would have increased flexiblity for self-employed veterans and parents to access the scheme.

The government responded to the Treasury Select Committee's report calling for additional support for company directors. Disappointingly, the Treasury said extending support to this group would be too “resource intensive”, a position IPSE strongly disagree with. Meanwhile, the number of self-employed claiming the SEISS rose to over 2.5 million, highlighting the desperate need that existed for the scheme.

We published our latest Confidence Index, highlighting the devastating impact the crisis was having on freelance incomes - which fell by 25% in Q2. IPSE Policy Director also gave evidence to the London Assembly on the need to support freelancers in the capital.

The second SEISS grant opened for applications, however we continued to raise the issue of those who missed out on the support scheme altogether. We urged the government to be ready to re-open and expand support.

As coronavirus cases rise again, there is increasing concern about additional restrictions being reimposed that may hit the economy and self-employed in particular. We also produced new report on the mental health impact of the crisis on freelancers.

The Chancellor announced a new Winter Economy Plan, opting to publish this instead of the traditional Autumn Budget which has been postponed. The Plan confirmed that SEISS would be extended for two further grants, lasting for six months from November 2020 to April 2021, at a lower rate of 20% of average trading profits. Other measures included an extension of the deadline to apply for a Bounce Back Loan and an easing of the reapyment period, and further assistance with tax and VAT repayment.

Despite the SEISS extension, IPSE has criticsed the package as "woefully inadequate" in terms of the support offered to the self-employed and raised concern that those who have gone without support, such as company directors and the newly self-employed, continue to fall through the cracks.

With cases accelerating, the Chancellor has revised his Winter Economy Plan. In particular he has made adjustments to the Job Support Scheme to make it more generous for employers and employees, and also doubled the amount available through the third SEISS grant from 20% to 40% of past average monthly profits. IPSE welcomed the increase but has warned that structural problems remain with SEISS.

To get involved and help amplify our voice, you can help support us by joining now.

Government help for the self-employed

The government outlined its initial response to help businesses and the self-employed through the challenges posed by COVID-19 in its Budget on March 11 but the situation has developed rapidly and extensively since then.

Visit our FAQ page for a comprehensive overview.

IPSE has welcomed these measures but we remain concerned that some self-employed may fall through the gaps in the government's response. We are continuing to seek clarity from government and we will update this page to keep members notified of any further policy changes if they happen.

Advice for freelancers and clients

We are not in a position to make detailed recommendations to either freelancers or clients about how to run their businesses, or the steps they should take to either mitigate any risk of infection or agree contingency plans for work. We have listed several authoritative sources below that provide guidance on the virus and we advise our members, self-employed people and companies to follow the official advice closely.

However, we are aware that many freelancers and self-employed people have seen a significant financial impact on their businesses. While everyone's individual situation will be different we would broadly recommend the following actions:

We're constantly updating our list of commonly asked questions from freelancers and the self-employed to reflect the latest government policy and advice.

Protect your business from £8.50 a month