From broadband to buses: infrastructure for the self-employed 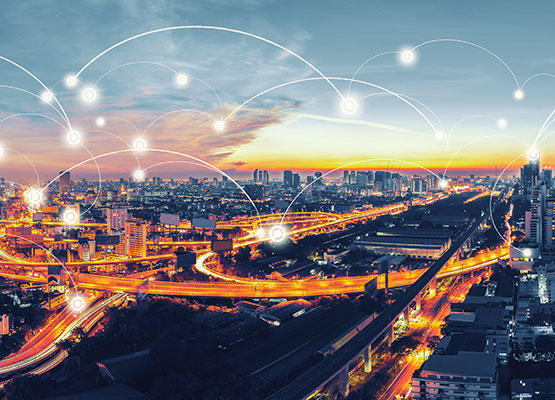 Getting on and doing business should be simple wherever you choose to live, but poor infrastructure is holding back the self-employed and, ultimately, the UK economy.

Whether they’re looking for a workhub in the Midlands, or trying to get online in Hull (which officially has the slowest broadband of any UK city), there are a whole range of frustrating obstacles that hamper the self-employed.

Today, a good broadband connection is essential to running a business in the UK. Under the government’s Making Tax Digital plans, for example, even the smallest businesses will have to pay quarterly taxes online and keep an online record of their income and outgoings. So it is unacceptable that the UK’s broadband provision still lags far behind our international competitors.

This is a particular problem in rural areas because twice as many of the UK’s 4.8 million self-employed work in these regions. Research also shows another serious geographical imbalance: in Scotland and Wales, one in five self-employed people have reported having difficulty running their business as a result of broadband issues.

The next government must urgently prioritise delivering fast broadband across the country. They should commit to 100% access to broadband by 2020, including a maximum ratio between the fastest and slowest speeds to address the urban/rural divide. The outgoing government’s plans for a Universal Service Obligation are potentially a big step in the right direction, giving every home and business in the country the right to a 10Mbps broadband connection. The next government must ensure this is delivered quickly and truly universally – with fibre optic broadband a requirement for all new house building projects – so the UK can stay competitive on the world stage.

The government should also support the self-employed by incentivising the use of workhubs, which allow individuals to collaborate and act as an incubator for start-ups. The first step should be cutting business rates for workhubs (as they already do for small businesses), to encourage the self-employed to use them. Local councils should also do more to incentivise the use of empty properties as workhubs. Extending Permitted Development rights, for example, would make it easier to change the function of empty properties in the planning system.

It should also go without saying that the self-employed are even more dependent than most on quick, reliable transport links. The self-employed travel far more than a typical employee does, going wherever there is demand for their work – domestically and often overseas. Increased airport capacity is therefore a priority, as is improved rail and road infrastructure up and down the country.

Making it easier for the self-employed to do business will help the whole UK economy. The flexibility the self-employed provide allows our economy to not only stay afloat in tricky economic times, but also flourish in more stable conditions.

By absorbing risk for their clients, the self-employed both encourage innovation and boost efficiency. Firms that use self-employed people are better able to quickly respond to peaks and troughs in demand. So if the next government wants to support growth across the UK economy, it should make providing better physical and digital infrastructure for the self-employed a priority.