Boost for freelancers despite Brexit crash in confidence

The freelance sector experienced a boost in earnings in the last quarter of 2018 despite the lowest confidence in the UK economy on record, a new report from IPSE and People Per Hour has shown. 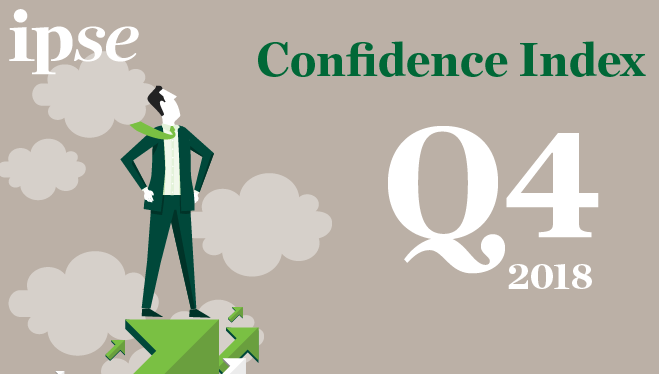 The Confidence Index, based on the responses of over 600 freelancers from across the UK, found that overall confidence in the performance of the UK economy over the next 12 months dipped to -48.1*, the lowest level since the index began. Confidence over the first quarter of 2019 also dropped to the second-lowest level on record. When asked, freelancers said the two factors doing most to lower business performance (and probably therefore also confidence) are Brexit and government taxation.

Despite extreme anxiety about the performance of the economy, however, in the final quarter of 2018 there was a major boost to freelancers’ businesses and earnings. Freelancers’ average day rates rose by 21 per cent, and their average quarterly earnings rose to £24,776 – the highest level since quarter three of 2017. More than half (54%) of freelancers even expect their rates to increase further over the coming year.

The report argues that one possible explanation may be suggested by a recent Recruitment and Employment Confederation (REC) report. The REC suggested there is a “talent gap” in the labour market because amid uncertainty about Brexit, businesses are increasingly reluctant to make permanent placements. This has helped drive up pay, and based on IPSE’s survey, may also be driving up freelancer day rates.

IPSE’s Head of Research, Education and Training, Suneeta Johal, commented: “News that freelancers’ pay is up – and by a remarkable 21 per cent – is obviously very welcome. But there is a stark warning here too.

“Freelancers’ confidence in the wider economy is down to the lowest level on record because of Brexit and the political turbulence of the last two years.

“The UK’s freelancers may, in the short-term, be benefitting from the pay bump caused by Brexit uncertainty, but in the long-term, ongoing political and economic turbulence can only do them harm. In fact, our Confidence Index shows that freelancers’ confidence in their businesses over the next 12 months has fallen to the lowest level since 2017.

“For freelancers, all this is also exacerbated by the knowledge the government is going to push the disastrous changes to IR35 tax legislation through to the private sector.

“Freelancers and the self-employed are one of the most dynamic and productive sectors of the UK economy. For the sake not only of them, but also Britain’s economic future after Brexit, the government must do more to support them.

“The government must scrap the hugely damaging IR35 changes and should also give freelancers and all businesses the security and stability they need on Brexit: by taking ‘no-deal’ off the table, guaranteeing the easy passage of manufacturing goods and by agreeing a coherent and sensible plan for the future of financial services.”

Xenios Thrasyvoulou, founder and CEO of PeoplePerHour commented: “It is a welcome boost and a testament to the skill of freelancers to see such a large rise in their day rates in the face of economic uncertainty and two quarters of negative growth.

“However, it is concerning that there is such a lack of confidence in the bigger picture, and the government should take note. The proposed changes to fiscal policy in the sector will be damaging to this large and dynamic part of the workforce, who contribute so much to the economy.”

Professor Andrew Burke, Chair of CRSE and Dean of Trinity Business School, Trinity College Dublin, commented: “Despite a tough economic environment where government fiscal and regulatory policies – as well as the turbulence from Brexit – have been making freelancing more difficult, it is remarkable that the freelance sector has achieved an exceptional 21 per cent rise in day rates in Q4 2018.

“A large part of the credit goes to the effectiveness of freelancers’ business strategies, their brand and reputation-building and also their collaboration with other freelancers and businesses. They have helped the sector literally bounce out of a recession (two quarters of negative growth).”