IR35, the value of freelancing and IPSE US: an update from CEO Chris Bryce 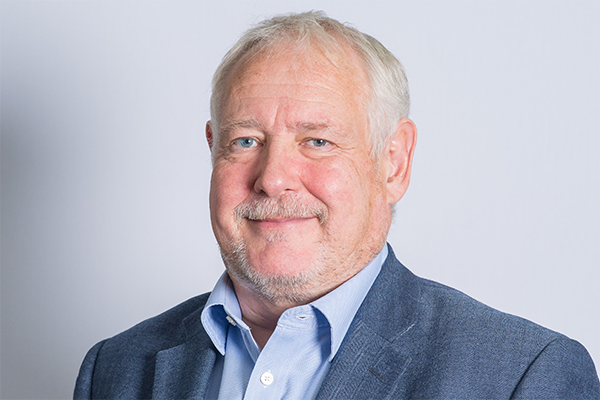 IPSE CEO Chris Bryce answers questions about IR35, IPSE’s objectives over the coming months and the foundation of IPSE US.

Why is it still important for IPSE to campaign against the changes to IR35?

Fundamentally, I believe that the Government is making a huge mistake in regarding the self-employed as a target rather than a valuable contributor to the UK PLC. It’s been clear since 1999 that independent professionals are regarded with a deep, unnecessary, unwarranted suspicion – as somehow doing what they do in order to avoid tax.

Nothing could be further from the truth. In fact, independent professionals are taxed relatively heavily compared to PAYE employees and the Government has been consistently misinformed by its own officials. IPSE must get that message out and defend contractors and freelancers from this misinformation campaign as best we can.

I think the contribution contractors make to the economy and the flexibility they provide for end users has been completely missed by Government, despite the fact that IPSE has been telling them this for years and years. All the economic data points to this.

I personally regard their constant attack on the self-employed as misguided and in some ways quite offensive. Because we were told many, many years ago by a previous Government to get on our bikes. Well, we did: we got on our bikes and now we’re being hammered for it.

What are the risks to the self-employed and businesses across the UK if the changes are extended?

I think the risks to the self-employed are not as great as you might imagine because the self-employed are already heavily taxed. I think the biggest fear that I have is that end users and people that engage contractors and freelancers will simply regard them as some sort of temp employee. They could end up paying employment taxes without having any of the benefits that should go with employment.

And at worst, what we’ll see is a move away from the provision of these services by self-employed people. Perhaps they’ll work abroad, perhaps they’ll retire, perhaps they’ll just stop doing it altogether. And that will damage the economy almost irreparably.

What are the next steps for IPSE on this?

Well, IPSE is consulting our membership – and more widely – on what the likely outcomes of a move into the private sector would be. We believe we will be told in no uncertain terms by our members that we should be combating this.

But I think IPSE’s stance is already very clear: this is the wrong thing to do. It comes at a time when the UK is going through a period of uncertainty and UK business is suffering as a result. And while moving into the private sector with these new IR35 rules would be bad at any time, the timing of this proposal and the consultation on it could not be worse.

What should IPSE’s other priorities be while the IR35 consultation is going ahead?

I think IPSE works for the betterment of freelancers in a number of areas. I think financial education is crucial. The freelance time bomb of retirement savings and retirement planning must be defused.

I think the overall recognition of the value of freelancing is a worthwhile cause that IPSE champions too. And I do think that having the ability to choose to freelance is absolutely key to a moral society. We are in changing times. We are actually going back to first principles, where most people were freelance rather than the relatively new concept of indentured employment. Government has to recognise this, and IPSE has to push forward policies that will enable and enhance freelance careers.

IPSE has had a big announcement recently: the birth of IPSE US. How did that come about?

We were approached some time back by the then Chief Executive of Kelly Services, which is a major supplier of contract and freelance talent into the global marketplace. He and some of his colleagues had been considering some sort of movement in the US, where the self-employed have very specific issues – primarily around healthcare.

Healthcare in the States, as everybody knows, is fraught with difficulty, even with Obamacare (and that is uncertain after Trump’s pledge to repeal it). The situation is that most people who have healthcare have it provided by employers. So clearly if you’re freelance or self-employed in the US, you have a big problem.

After many discussions with Carl Camden, the former CEO of Kelly, it became apparent that an IPSE-like organisation would be of great benefit to US freelancers, who are a substantial number. And we decided to work very closely with Mr Camden and his associates. Eventually we decided that the organisation should be IPSE US, based very much on the IPSE model – and providing a range of benefits and advocacy, just as we do in the UK.

What do you think the birth of IPSE US will mean for IPSE UK and its members?

Well I think it will give us the ability to speak internationally for the first time. I think one of the strange things about UK politics is that MPs and ministers in the UK tend to pay particular heed to what happens in other countries – especially America and to a certain extent Australia. Hence the introduction of the Small Business Commissioner here. That was something we advocated in the UK, based on the model already set up in Australia.

The foundation of IPSE US also gives us a commercial advantage in that we can start speaking to people who are waking up to the needs of the self-employed at a global level, which is quite exciting.