Why a side hustle could be the key to your success

They say that if you love your job you'll never work a day in your life, and that's one mantra you'll definitely need to live by if when you finish your job, you then come home and jump straight into another - also known as a side hustle. 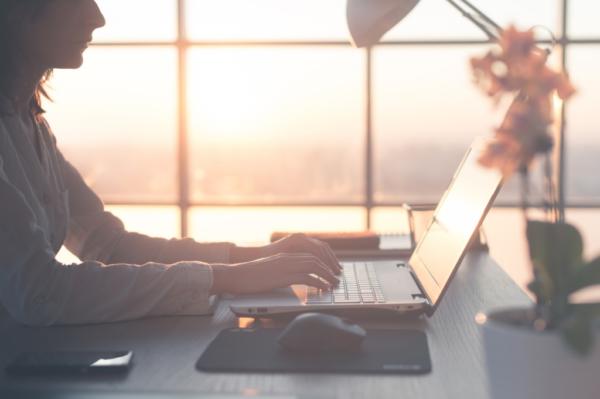 My journey into what has now become three different side hustles happened gradually, as I discovered the path from degree to employment wasn't that straightforward, in a post-recession northern town such as Grimsby.

I spent quite some time unemployed after graduating, and I was acutely aware that large gaps on my CV would not cast me in a favourable light when it came to securing a job in my chosen field. As well as doing unpaid internships (a rant for another day!), I started my first side hustle, a blog and YouTube channel called Pale Skin Makeup.

It initially started as a hobby based on my frustration that I could never find a foundation light enough for my porcelain skin tone. As it turned out, my channel actually landed me my first job out of university - not my degree - as I was hired to represent various fragrance houses in department stores across the UK. This was based on the beauty content I was creating out of the corner of my room, which I'd set up as a makeshift film studio to record my videos in.

As much I was grateful to be employed, I knew retail wasn't my calling. This is when I dusted off my degree in Graphic Design and began two further side hustles, working as both a freelance graphic designer and also as a writer. I achieved this by sourcing work on various freelance platforms, working equally on my customer service as I did the product, in order to create repeat business.

A typical day would involve a two hour commute to my eight hour fragrance shift, then I'd come home and pick up work from clients on the west coast of America who were just waking up. Creating a side hustle outside of my main income stream allowed me to build invaluable work experience in my desired creative fields, that no amount of retail work ever would have provided, thus demonstrating the beauty of a side hustle perfectly - you can carve your own path.

Yes there are unglamorous aspects. It's exhausting, you get difficult clients, sometimes no clients for a while, then too much work at once, not to mention dealing with unrealistic demands. I also had to undercharge a lot in order to stay competitive on the online freelance platforms, which made it difficult to stay afloat at times. But, all these things I view as valuable lessons and experience for future endeavours. After all, 'success' only comes before 'work' in the dictionary!

Despite some of the challenges, side hustling gave me hope that I would be able to move into a career along the lines of what I had worked so hard for throughout my education. It's amazing that no matter how tired you are from a long shift, if you care about something enough you can always pull out the energy to pursue your passion.

With much persistence, my side hustles eventually scored me clients from all over the World, who ironically I would have never come into contact with in a regular job. In my career, this translated as being able to secure a role working in journalism and more recently marketing, both of which I sincerely believe would never have happened if it wasn't for side hustling.

I've also continued with Pale Skin Make Up in the meantime. Whilst my channel is relatively small compared with many of my peers, it has lead to some amazing opportunities that I could have never dreamed of, especially back when I was unemployed and struggling. One of which was my channel being picked up by a network, who held a day session on digital skills at the YouTube space in London, where I was also interviewed by The Guardian.

As much as any side hustle takes an incredible amount of dedication, it is that very attribute which demonstrates to employers that you are a keen and ambitious individual, especially if you are going through a tough patch as I was after I graduated. It also challenges your own opinions about yourself, as the more you work hard the more you reap the rewards, no matter what your current situation might be. After all, nothing comes without blood, sweat and hustle, and I truly believe that by creating your own on the side - the World is indeed your oyster.

Recent figures published by IPSE show that 320,000 people have a so-called ‘side hustle’ – a second self-employed job. Learn more about these figures here.

Content marketer who side hustles in the form of a beauty YouTube channel and blog, as well as a freelance writer and graphic designer. Some call it being a 'multipotentialite' I simply call it being very busy!