The UK needs the IR35 changes like a hole in the head, but government is still pushing them through Parliament

Yesterday, the Public Bill Committee passed the IR35 amendments that we’ve all been dreading. The amendments are not law yet. They still has to get past Report Stage, which we think will take place within the next two weeks, but the government seems as determined as ever to lock in this deeply damaging legislation. As the UK, indeed the whole world, faces the biggest economic challenge for generations, our government is bulldozing through a set of rules that will effectively pull the rug from under one of our greatest competitive advantages: our flexible labour market. 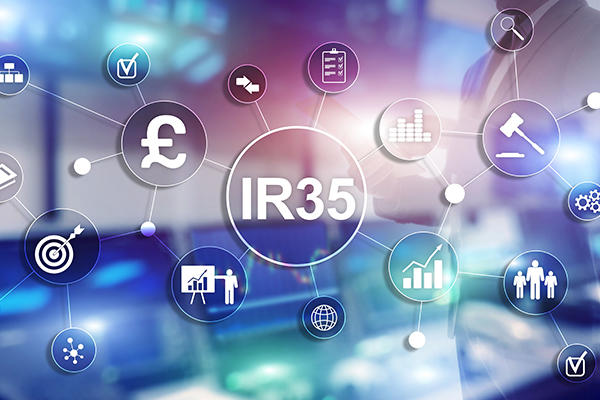 There is a very long list of things that are wrong with the legislation and April’s House of Lords Report (which IPSE gave evidence to) did an excellent job of documenting them. There is little point in going over each of these again but there are three points which are worth mentioning now.

The Coronavirus has caused an economic shock the likes of which none of us have ever seen in our lifetime. Business has taken a battering and unemployment has shot up. Experts predict the situation will get worse when the Job Retention Scheme (which hasn’t helped most IPSE members anyway) is wound up.

We know that the IR35 changes kill work opportunities and force perfectly legitimately businesses to close – that is what happened in the weeks and months before they were going to be introduced this April. If the economy is going to recover business will need to be able to access expertise on a flexible basis, and individuals will need to be able find work. The IR35 rules will work against both.

As we emerge from the pandemic, businesses will be looking to grow, but cautiously. They will be reluctant to take on employees as this will lumber them with all the obligations that come with employing people – holiday pay, pension contributions, unfair dismissal rights (not to mention having to pay the Employers National Insurance Contributions). Contractors have long since waived these rights, which is why they make for a ready solution to the needs of business (see point 1) but for a lot of people, most people in fact, these rights are important. They provide them with some security in an insecure world.

Perversely, though, the IR35 rule change will create the conditions for people to be robbed of the rights they are entitled to. Being trapped by IR35 is akin to being an employee with zero rights. Hirers will be able to, indeed they will be required to, assess each engagement according to employment law. In many cases they will decide that they want to treat the individual like an employee, having them at their beck and call and controlling the work they do, but without being required to actually employ them.

The hiring organisation will be able to have its cake and eat it. By fobbing the individual off to a payroll company they can absolve themselves of the need to pay the NI (that will be passed down to the individual) and they won’t have to cough up holiday pay. They can sack them whenever they choose and there will be no need to worry about automatic enrolment for a pension. As long as the person is on payroll somewhere, the would-be ‘employer’ is off the hook. The IR35 rules will effectively create a new work status – zero-rights employment – and unscrupulous organisations will be able to exploit it.

3. Unresolved disputes over the case law

Case law determines when IR35 applies and when it doesn’t. One of the central planks of the case law is something called ‘mutuality of obligation’, which is arguably the most complex amid a set of already complex concepts that must be considered. The problem is there a big disagreement over what mutuality of obligation really means. HMRC take one, in our opinion, quite extreme view, while industry groups – like IPSE – take another. This dispute has been rumbling on for a couple of years now. You can read more about it here, but be warned it is pretty turgid stuff.

The important thing to note about ‘mutuality’ is that it doesn’t feature in the government’s CEST tool, which a huge number of hirers will use to determine the IR35 status of their engagements. The reason it doesn’t feature goes back to HMRC’s interpretation of it. If HMRC is wrong about ‘mutuality’, then the CEST is fatally flawed, and hundreds of thousands of critically important IR35 determinations are likely to be incorrect.

On balance, the courts are saying that HMRC is wrong about ‘mutuality’. There is one case which is particularly significant here, Professional Game Match Officials Limited (PGMOL) v HMRC. This case centres on a group of football referees, who HMRC believed were really employees. As a result, it sought unpaid employment taxes and NI to the tune of around £580,000.

When HMRC lost the initial tribunal, it appealed to the Upper Tribunal where it lost again. The key factor was mutuality of obligation. Case law is, by definition, made by the courts and now that an upper tribunal has made a ruling we have some recent guidance on the true meaning of the law. It squarely rebuts HMRC’s interpretation of ‘mutuality’. HMRC is seeking another hearing at the Court of Appeal.

HMRC is in trouble on this point and really it should adopt the PGMOL judgement on mutuality and change the CEST accordingly. But it hasn’t. Until this is resolved, it is unthinkable that the government would foist the impossible task of determining IR35 status on to UK hirers, but that is exactly what it is doing.

IPSE passionately believes that freelancers, contractors, consultants (whatever term you prefer) can be the key to unlocking the UK’s future prosperity. But we can see that the IR35 rule change is very likely to completely undermine their ability to do this. The threat of IR35 is further compounded by HMRC’s refusal to accept the case law, which, in turn, will push more contractors out of business. And, worst of all, it actually opens the door to the removal of people’s employment rights.

We will continue to make the case to MPs that they should reject this terrible legislation at Report Stage in the next couple of weeks. Please contact your MP and tell them to do the same. For more information on IR35 and how you can help us to defeat it, register for our webinar with ContractorCalculator CEO Dave Chaplin on Thursday.