IPSE Small Business Debate: who won the support of the self-employed?

Representatives from all the major political parties gathered in London on Monday (25 November) to debate their policies for small business and the self-employed. The event was co-organised by IPSE, Enterprise Nation, The Entrepreneurs Network, COADEC and the ICAEW. 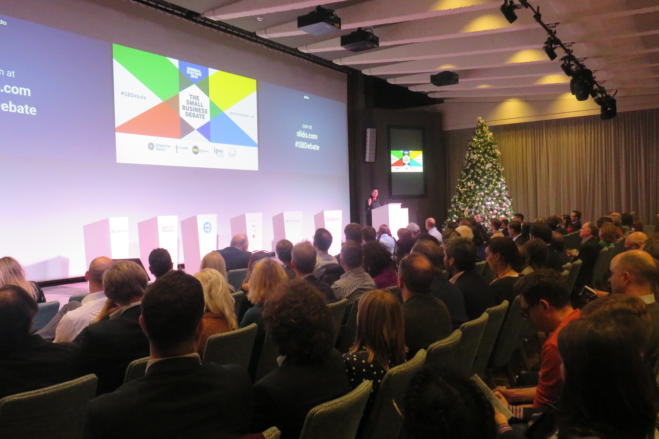 How did they get on?

Liz Truss kicked off for the Conservatives by saying only her party would be able to ‘get Brexit done’. She promised to cut red tape and make the UK the best place to be a business. “Entrepreneurs are people we should cheer at, not sneer at”, she said.

The Liberal Democrats’ Ed Davey challenged the Tories’ position on the EU and said that if we want to keep the free trade principles of the UK, then “we must stop Brexit”. The Greens’ Amelia Womack added her party’s support for a People’s Vote “so small business owners can have the final say on Brexit”. 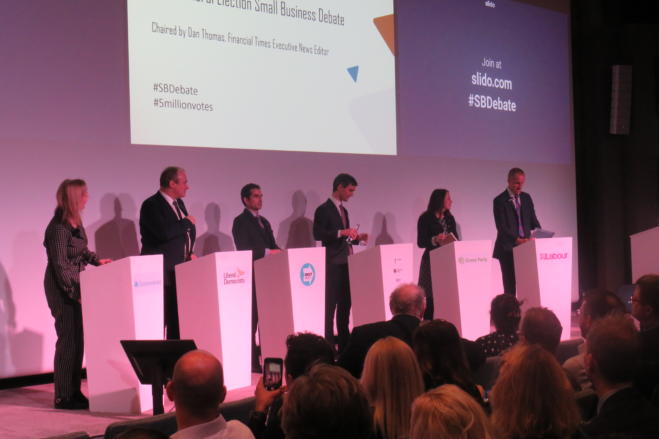 Bill Esterson, Labour’s shadow small business spokesperson, said “the fundamental cornerstone of the Conservative manifesto is a hard Brexit which will do damage to businesses”. The Brexit Party’s Hector Birchwood said that only by leaving the EU could businesses get truly global free trade.

IR35 and policies to support self-employment

Away from the heated Brexit debate, the parties were asked specifically about what they would do to back freelancers and small businesses.

Mr. Esterson praised IPSE’s manifesto and backed our calls for action on late payment and incentivising workhubs. He said Labour “will use the procurement system to ensure that big firms that win public sector contracts have to pay suppliers within 30 days”. 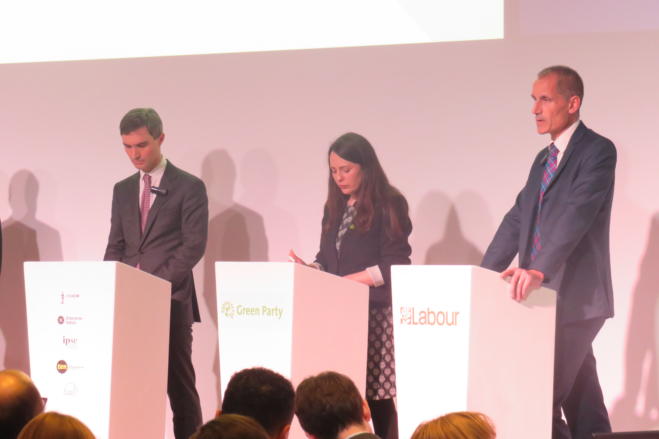 Late payment was an issue of cross-party consensus, with every party agreeing more action was needed. Ms Womack said her party would fine companies that paid later than 30 days. She added that the Greens support a Universal Basic Income of £89 a week – something she said would help freelancers with their revenue during times where they are looking for work.

Liz Truss promised a Conservative government would “conduct a review and make sure we are treating the self-employed fairly” and added her voice to those wanting to “give more teeth” to the Small Business Commissioner on late payment.

Mr Davey stated that “we need to celebrate contractors and the self-employed”. He added that the loan charge “is a scandal and a disgrace”, reaffirming the party’s manifesto pledge to review the IR35 changes to the private sector. Mr. Birchwood went even further, saying he would “eliminate” IR35 altogether.

Mr. Esterson said his party would review the implementation of IR35 in the public sector, which he described as “slapdash”.

The audience was polled before and after the debate about how they were intending to vote. The Lib Dems’ Ed Davey was chosen as the outright winner in the end from our 100-strong voting audience.