When asked by a journalist what was most likely to blow a government off course, the former Prime Minister Harold Macmillan famously remarked: "Events, dear boy, events."

Rarely has that old political adage seemed so true. Think back, if you can, to the start of the year. Boris Johnson, fresh from a stunning electoral success in December, was promising a “fantastic year” ahead for Britain. The big issue seemed to be the forthcoming Brexit trade negotiations, and the PM’s domestic agenda of increased spending on the NHS, police, and infrastructure. With a huge majority, Boris seemed to be master of all he surveyed. 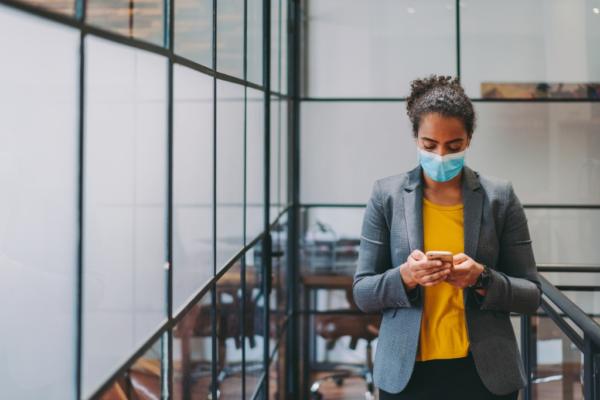 Few could have anticipated then, as initial stories about a new virus emerged from Wuhan in China, that his best laid plans for Brexit and the country were about to be so dramatically upended. Run the clock forward just three months, and we find ourselves largely confined to our own homes under government instruction in order to slow the spread of a coronavirus that has become a global pandemic. Another favourite Westminster cliché is that a week is a long time in politics but the sheer speed at which these events have moved has been head-spinning.

A lockdown in spending is bad news for the self-employed

While there will inevitably be a debate about the when and why of the government’s adoption of the ‘social distancing’ measures that now define our lives, what is at the forefront of Westminster’s collective mind now are not just the health implications of the coronavirus outbreak but the economic ones too. As the country took the necessary measures to shut down everyday activity in order to protect public health and the NHS, there has been an immediate financial impact on people’s jobs and livelihoods.

One of the groups most affected by the lockdown and social distancing are the UK’s self-employed workforce. Comprising just over five million people, some 15 per cent of the working population, they contribute a combined £305bn to the UK economy.

A large majority of freelancers (81%) predict that their income will decrease during the next three months. Perhaps most concerningly, two in three (66%) say they either have no savings or their savings would only cover them for up to three months.

As the Chancellor, Rishi Sunak, presented his first Budget on March 11th he did so at a time when the full extent of the coronavirus had yet to be realised. His Budget won plaudits on the day but commentators, policymakers and the general public were soon to grasp that it would be inadequate to address the mounting reality of the economic challenge.

It became clear that the government would have to go further in its support for the self-employed, in particular. The measures he outlined – some tweaks to the welfare system and the new Coronavirus Business Interruption Loans (CBILS) – would not be enough to cover the dramatic losses in income that thousands of freelancers were experiencing and would continue to suffer as they tried to rebuild their businesses.

Dozens of freelancer groups, led by IPSE and the Creative Industries Federation, combined to write a joint letter to the Prime Minister, calling for direct income protection for the self-employed. This was bolstered by their petition, which quickly garnered over 200,000 signatures. SW1 began to pay attention to the issue. Select Committees highlighted the economic impact on freelancers, media interest exploded, and MPs wrote dozens of letters to the Chancellor.

Following this pressure, the government did go further and introduced the Self-Employment Income Support Scheme (SEISS). While this was an historic package of support there are, inevitably, some holes through which many freelancers are falling through. In particular, those who are newly self-employed and do not have a 2018/19 tax return, as well as limited company directors who pay themselves largely through dividends, miss out altogether.

Few parts of society are continuing as normal – and Westminster is no exception. Both Houses of Parliament have closed, and we are now getting used to the sight of MPs taking each other to task over Zoom and videolink, rather than through PMQs or Select Committee grillings.

However, the crisis has shown that MPs and the political process – for all its faults – remains responsive to the public interest. While the health and economic impacts of the coronavirus continue, that role will be more vital than ever, particularly as renewed lobbying begins for more support for those – including many freelancers – who have fallen through the cracks of government support so far.