Mortgages for the self-employed with one year’s accounts

The criteria self-employed borrowers must meet have changed over the last five or so years. Lenders used to require two to three years of accounts, which meant it often wasn’t worth applying for a mortgage if you were newly self-employed.

Lenders have since adapted their criteria. They’ve had to – to keep up with the growing number of self-employed people. Nowadays, the standard for most lenders is two years of accounts, but there are many that only require one – i.e. the latest year’s accounts. This has made getting a mortgage easier for a lot of self-employed people. We explain how later. 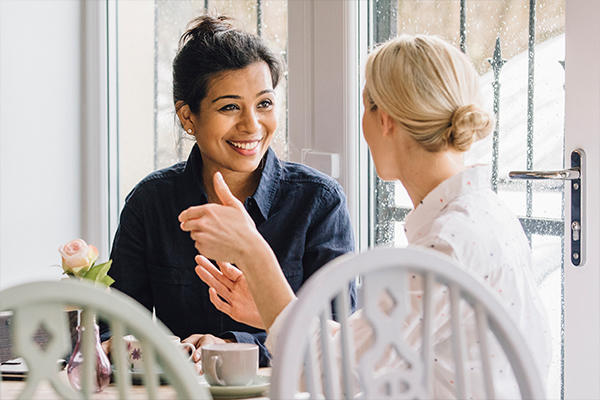 What do we mean by accounts?

Lenders want to see the accounts you’ve submitted to HMRC or audited accounts. Basically, they want to see accounts that are agreed by an official third party.

Why do they want to see these accounts? Because self-employed people don’t receive payslips, so the accounts you submit to HMRC are the only bit of official documentation you have at the end of the year that lenders can use as proof of your income.

When lenders only require that you submit one year’s accounts to them, they’ll ask to see the latest year of accounts as that will paint the most recent picture of how much income you’re bringing in.

Not only can this criterium enable newly self-employed people to apply for a mortgage; it can also benefit people who’ve been self-employed for a while.

How can you benefit from supplying only one year’s accounts?

You may be newly self-employed

If you’re newly self-employed – and only have accounts for your first year – you wouldn’t be able to provide a lender with the standard two to three years of accounts. Approaching lenders that only require one year of accounts means you can apply for mortgages now, rather than wait a few years.

There are many lenders that will grant mortgages to newly self-employed people with only one year of accounts. However, these tend to be smaller lenders rather than high street ones. It’s also worth noting that your first year’s accounts may show low earnings, which will reduce the maximum amount you can borrow.  Your broker will recommend the best lender to apply to depending on your circumstances.

You may have been self-employed for a while

If you’ve been self-employed for a few years or more but have had a particularly good recent year (i.e. you’ve brought in more income in the last year than previous ones), it may be better to apply for a mortgage that only calls for one year of accounts rather than the last two to three.

Why? Because lenders tend to use an average of the last few years’ figures, which may be a fair bit lower than your most recent year. Therefore, supplying them with the year in which you earned the most income/had the most disposable income can increase the maximum amount they can lend you.

Many self-employed people also have a lot of tax-deductible expenses they submit to HMRC in their first year, such as materials, equipment and startup necessities. Although you won’t be taxed on these expenses, a lender will see them as major outgoings that will limit your overall disposable income and, consequently, the amount you’re able to borrow. Applying for a mortgage for which you only need to provide one year of accounts – despite having been self-employed for longer – means you can give the lender the year when you had most disposable income, which in turn means you may be able to borrow more.

If you’re newly self-employed and want to borrow as much as you can for a mortgage now, it may be worth reconsidering what expenses you want to declare for tax deduction purposes. Declaring fewer expenses may mean you end up paying more tax, but it will increase your borrowing ability. You should talk to your accountant about this before making any decisions about taxation and expenses.

Is it the same for contractors?

Lenders require different information from contractors. Instead, you’re subject to the lender’s contractor policy, which can be even shorter than one year. This is because people often stay in the same industry, going straight from PAYE (pay as you earn) to a self-employed contractor with a short-term contract to evidence what they’re earning.  You may need to provide the lender with at least 12 month’s contract history and/or evidence of a current/upcoming contract.

Do you need a broker?

You should definitely speak with a mortgage broker if you’re newly self-employed and you’re looking to take out a mortgage, as not all lenders cater to your demographic and the ones that do often can’t talk directly to applicants to give advice and recommendations.

It’s also worth speaking to a broker if you want to take out a mortgage and have been self-employed for a while. They’ll look for the best lender for your circumstances and walk you through how it all works, explaining exactly what you need to provide the lender with.

With offices in the City of London, Birmingham and Southampton and a network of advisers across the UK, John Charcol help clients arrange mortgages with a total value of £2 billion each year. For 40 years, each and every one of our advisers have kept themselves up to date with the mortgage market to ensure their advice helps our clients manage the present and plan for the future. The goal posts in the mortgage market are forever moving which can make it a complex and confusing world. We aim to help our clients cut through the noise and help them through the process of applying for a mortgage.