‘Frantic’ doesn’t really do justice to the atmosphere at Labour Party Conference 2019 – particularly on Tuesday 24th, when IPSE was due to hold its event with the New Economics Foundation (NEF). 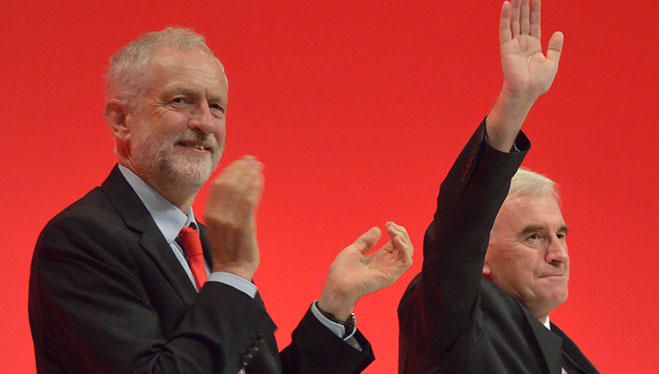 In fact, just as the IPSE team were preparing to set up the event, the news dropped – like a boulder in a paddling pool – that the Supreme Court had ruled against Boris Johnson and the prorogation of Parliament. Queue panic at conference venues across Brighton. When do MPs have to be back in Parliament? Are the rest of the conference events going ahead? When is the leader’s speech? Will speakers be able to make events?

The story you can’t keep down

Somehow, even in these circumstances, we still found ourselves with a packed room for our event. It’s a testament to just how important the issue of self-employment is – and, I think, to the strength of the event we put together: not to mention the panel. As well as Shadow Minister for Business, Energy and Industrial Strategy Bill Esterson MP and Chair of the Business, Energy and Industrial Strategy Select Committee Rachel Reeves MP, we had Miatta Fahnbulleh, Chief Executive of the NEF, freelance journalist Felicity Hannah, Sarah Owen from the GMB and, of course, IPSE’s very own Andy Chamberlain.

For all the panellists, one of the key points was the rapid rise of self-employment and the fact that the structures around it have not kept pace with the rate of change. Miatta Fahnbulleh said: “There’s this new agenda for workers, but it doesn’t really speak to the growing number of self-employed people. We are now in this situation, with this growing part of the workforce – 15 per cent, 5 million people – and it’s not really clear what the offer to them is, and there absolutely must be one.”

Rachel Reeves agreed: “I saw figures that suggested there could be more people that are self-employed than those who work in the whole public sector. That’s a huge change in our labour market.” She did, however, admit, “Labour’s offer around employment doesn’t always speak to the self-employed,” and asked: “So how can we ensure that we are speaking to this growing group of people?” 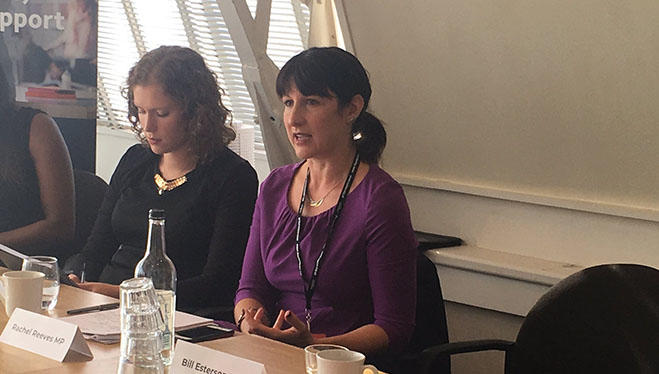 Beyond the gig economy

Answering this question, the conversation delved into who the self-employed actually are and the difference between the so-called ‘gig economy’ and the rest of the sector. On this, Andy Chamberlain said: “85 per cent of self-employment is not the gig economy. Nevertheless, 15 per cent of five million people is still a significant amount of people. And the gig economy maybe has things we need to think about in terms of a policy response.” 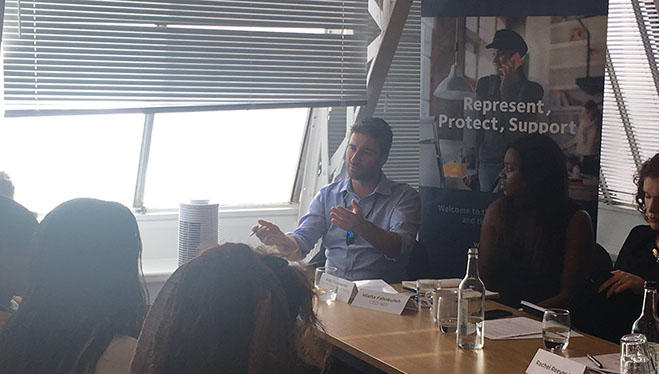 There was general agreement from the rest of the panel, with Bill Esterson saying that self-employment “does suit some people, and for them this is the right approach. So, for them we have to recognise where it is a choice – where it is a sensible option.” In fact, Esterson revealed that he was himself a freelancer before he went into politics.

A question of status

Panel members also broadly agreed that the best way to protect both the rights of the falsely self-employed and the flexibility of the legitimately self-employed is to set out clearer legal definitions. Rachel Reeves said: “One of the key findings of my committee was that we need to tighten up the definitions of employment and self-employment.”

Bill Esterson added: “We must build on the distinction between a worker and the genuinely self-employed. Put the rights and security in, make sure the ability is there to access social security and protections.” 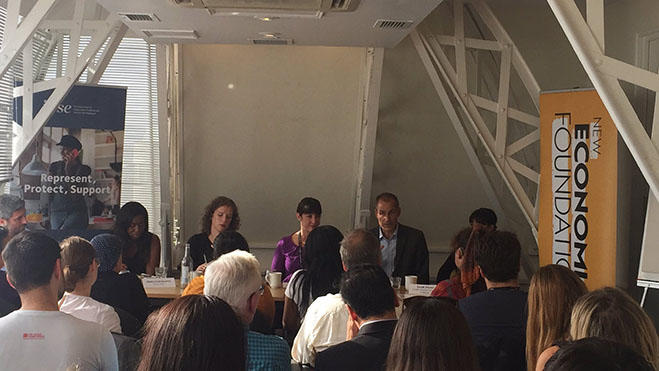 Beyond the question of status, there was also an interesting discussion about policies to encourage the legitimately self-employed. One of the most interesting was from Miatta Fahnbulleh and the NEF, proposing local ‘self-employed centres’ across the UK. She said: “What would a network of self-employed centres across the UK look like? They could mirror co-working spaces, including using disused shops and buildings on our declining high streets. And they could do three things: provide advice, peer support and services that appeal to the self-employed.”

As Felicity Hannah, the chair of the panel, pointed out, even as Brexit and constitutional crisis dominate the media, there are vital debates still rumbling beneath. Vital questions that still need to be answered about the future of the economy and the country. Among the most important issues are the changing labour market and what can be done to support the rise of freelancers.

IPSE’s event not only showed that there are new, exciting ideas about this coming from in and around the Labour Party; it also helped drive the debate towards a solution that will both protect the vulnerable self-employed and safeguard the freedom of legitimate freelancers.