IPSE’s most recent report: How Freelancers Respond to an Uncertain Economy uses the quarterly Confidence Index to examine the day rates, earnings, capacity utilisation and confidence of the freelance sector since 2014. It shows that freelancers’ earnings and the amount of time they spend working, closely track economic and political fluctuations in these years.

Brexit and the recent coronavirus crisis have been the most decisive factors looking at the long-term trends in earnings and capacity. However, periods of political uncertainty and the wider economy also played out in the figures.

Demand for freelancers’ work has changed over the years

Overall, freelancers report high capacity utilisation – meaning the amount of time they are on assignment/project in a 13-week quarter. Between Q4 2014 and Q1 2020, on average freelancers were working 80 per cent of the time, which is a comparatively high figure considering that it does not account for holiday periods.

However, the demand for freelancers’ work has slowly decreased over the years.

For all three years between 2015 and 2017, the average capacity utilisation was close to 82 per cent. It dropped to 79 per cent in 2018, and further to 78 per cent in 2019. Given the trends of the first two quarters of 2020, we can only expect the 2020 annual average to drop even further due to the coronavirus outbreak and the impact it is having on businesses and the economy.

Overall, this decreasing demand for freelancers’ work can be explained by the impact of certain political and economic events.

For instance, freelancers’ spare capacity was affected by the EU referendum and the following period of economic uncertainty. The number of weeks not working per quarter rapidly increased from 1.7 weeks (13% spare capacity) in Q2 2016 to 3.4 weeks (26%) in Q3 2016 when the outcome of the referendum was announced. Furthermore, the levels of spare capacity remained high (2.6 weeks) in Q4 of the same year.

Freelancers’ spare capacity also increased rapidly during the coronavirus outbreak – from 2.6 weeks in Q4 2019 to 3.3 weeks in Q1 2020, when the crisis began, to a record 5.5 weeks in Q2 2020. This is hardly surprising with recent IPSE research finding that over two in three (69%) freelancers said that the demand for the work they do had decreased as a result of the coronavirus crisis, and over half (53%) said it had decreased substantially.

According to the Confidence Index, freelancers charge an average of £438 per day, with rates varying substantially based on their skill level. 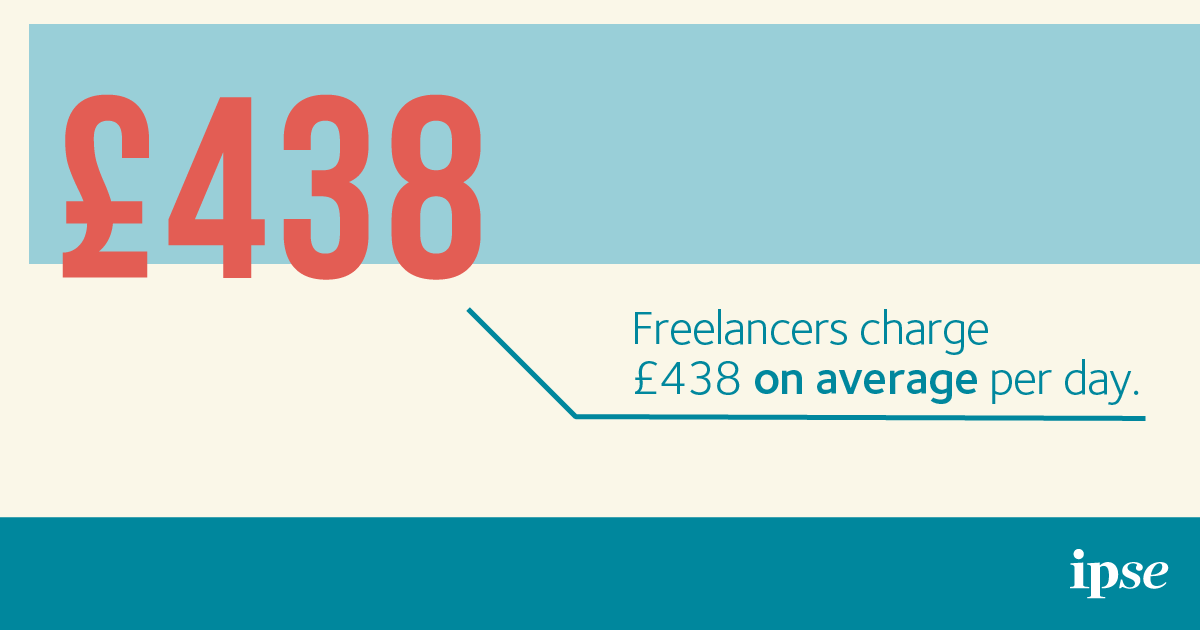 SOC1 managers, directors and senior officials charge an average of £587 per day, followed by SOC2 professional freelancers who charge £495. SOC3 freelancers, working in associate professional and technical occupations, charge almost half this figure - £292 per day.

Freelancers’ day rates are often linked to changes in the political and economic landscape of the country. For instance, freelancers in all three groups experienced a big spike in day rates in the final quarter of 2018.

We know from data produced by the REC that this period saw a real tightening of the jobs market, and that with the Brexit deadline a few months away, government preparations for “no deal” began in earnest. Therefore, in times of uncertainty caused by Brexit, it has actually been more common for freelancers to see an increase in day rates as employers move away from permanent employees to flexible expertise.

How much do freelancers earn? 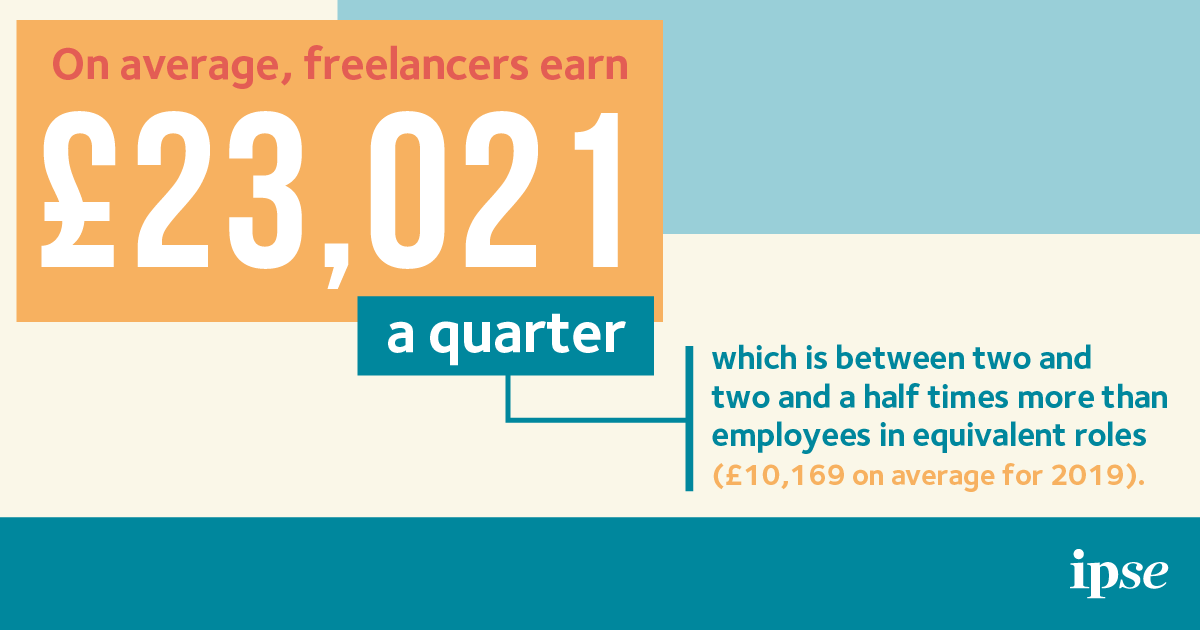 Freelancers’ quarterly earnings have remained almost unchanged over the last five years, with just a small increase of less than one per cent (0.35%) from Q4 2014 to Q4 2019.

Freelancers’ earnings have, however, fluctuated over the last five years, increasing from 2015 to 2017, and then declining for the following two years until they reached close to the levels seen in 2015 at the end of 2019.

As with their day rates, these variations seem to be attributed to major changes in the economic and political landscape of the country.

For instance, following a very good quarter in Q2 2016, quarterly earnings sharply dropped by over £10,000 (34% decrease) to their lowest level on record in Q3 2016 after the result of the EU referendum was announced.

Another sharp drop was observed in Q4 2017 when quarterly earnings decreased by almost 17 per cent. This could be associated with the fact that Brexit negotiations were first initiated in that quarter, which also led to reduced investment in new projects by many major corporations.

Most recently, freelancers’ earnings dropped by over eight per cent in Q1 2020 when the coronavirus crisis began. The drop deepened with a further 25 per cent decrease in Q2 2020 due to the great decline in capacity utilisation, leading the sector into recession.

What coronavirus means for the future of freelancing

While the freelancing sector has been strongly hit by the coronavirus crisis, the future for freelancers is not necessarily all bad.

Because of the increased trend in remote working caused by the coronavirus lockdown, it can be expected that a significant proportion of organisations may discover the business performance benefits of remote working and will continue to use it in the future.

Therefore, in the long term, we may experience an increased tendency to outsource work to freelancers, who are the ‘core remote workforce’. We may therefore see an increase in their capacity and earnings after the crisis comes to an end.

Furthermore, during the coronavirus crisis, cash flow and liquidity will remain big constraints on businesses whose cash reserves will be depleted during the COVID-19 emergency.  Client organisations will, therefore, find the freelancer ‘pay as you go’ workforce model more appealing, given it requires much less upfront cash to fund than the comparable employee model.

Looking at these trends, in combination with the fact that freelancers proved their resilience over the years by maintaining stable day rates and securing earnings two times higher than those of equivalent employees, shows that the future might not be so bleak for the sector.

Many firms may in fact turn to lower risk options and hire freelancers to rebuild their businesses in the post-COVID world, driving an increase in both freelancers’ day rates and the amount of work they do.