If you spend any time talking to freelancers, either in person or online, one issue tends to crop up more than almost any other: late payment. 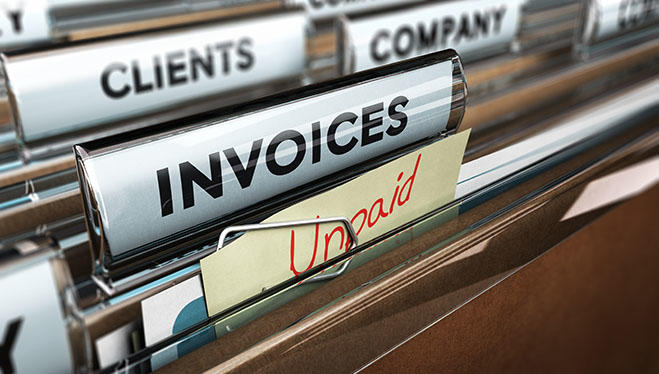 The problem is not just anecdotal. As IPSE research has shown, two thirds of the self-employed have experienced late payment and freelancers lose an average of 20 days a year chasing unpaid invoices. Some estimates even suggest the problem causes 50,000 businesses to close each year.

Put simply, late payment costs time and money. Not having a predictable flow of income can lead to knock-on problems with paying living costs such as rent. Every minute spent chasing an invoice is a minute not spent working on your business. This disruption can inevitably lead to stress and anxiety.

At the heart of the late payment dilemma is the imbalance of power between the two parties – typically a larger and smaller-sized business – entering into a contract. This imbalance is particularly acute for those operating on their own as freelancers with little legal, financial or administrative support to back them up.

For many self-employed people, winning and maintaining work is as much about good personal relationships with clients as it is about legal contracts. The fear of putting commercial relationships at risk by appearing to be ‘difficult’ in chasing up unpaid invoices, or charging interest and recovery costs on them, is real.

This situation has been compounded by the relative weakness of legislation to compel businesses to improve their payment practices. The voluntary Prompt Payment Code, for example, has been ineffective, while the Small Business Commissioner’s limited powers mean the position is largely toothless.

The two main parties have at least begun to recognise there is a problem. In 2017 the Conservatives pledged to use government’s buying power “to ensure that big contractors comply with the Prompt Payment Code both on government contracts and in their work with others” or risk losing the right to bid for public sector contracts. Labour said the party would “declare war on late payments” with a tough approach using government procurement, and promised to develop a version of the Australian system of binding arbitration and fines for persistent late payers in the private and public sectors.

Before parliament was dissolved for the election, the government also announced a series of proposals to improve the situation. While these measures – which included giving stronger powers to the Small Business Commissioner – were welcome and strongly supported by IPSE, the fact they were subject to further consultation (which was itself delayed due to the election) was telling.

Similarly, the recent dismissal of Paul Uppal from his post as the Commissioner has left a symbolically vacant position at the heart of government. It needs to be filled ASAP.

The time for real action is now and this should be a priority for any government that wants to take enterprise seriously.

That is why in our manifesto IPSE are calling for the next government to: