How freelancers respond to an uncertain economy: A longitudinal report on seven years of IPSE FCI data

IPSE’s Confidence Index Longitudinal Report uses the quarterly Confidence Index to examine the day rates, earnings, capacity utilisation and confidence of the freelance sector since 2014. It shows that freelancers’ fortunes closely track economic and political fluctuations in these years.

Freelancers have been acutely affected by economic fluctuations because, as providers of flexible expertise – often working on innovation and development projects for larger businesses – they are both more exposed to economic changes and have more information about them. This also means that freelancers are adept at predicting economic changes and have regularly been proven right about upcoming economic turbulence and increases in business costs.

There have been three major ongoing political and economic events that have affected freelancers’ confidence and earnings in the last seven years: the UK’s departure from the European Union, the changes to IR35 self-employed tax legislation and the coronavirus pandemic.

Freelancers’ confidence in the UK economy has closely tracked these events. After remaining broadly positive between 2014 and 2015, freelancers’ confidence in the UK economy over the next three months fell from 7.3 in the last quarter of 2015 to -37.8 in the second quarter of 2016 – just before the vote to leave the European Union. It also dipped sharply in the second quarter of 2017, after changes to self-employed IR35 tax regulations were introduced in the public sector (a fall from -16.1 in Q1 to -34.0 in Q2). These drops in confidence, however, were eclipsed by the coronavirus pandemic. This saw a drop from -36.8 in Q4 2019 (already low because of Brexit concerns) to -86.6 in Q1 2020.

While confidence in the economy generally has been extremely sensitive to political developments, however, freelancers’ earnings and confidence in their own businesses have remained more resilient – until the coronavirus pandemic. In fact, in times of uncertainty caused by Brexit, it has actually been more common for freelancers to see an increase in earnings as employers move away from permanent employees to flexible expertise. In the second quarter of 2016, when confidence in the economy dropped to the then-lowest level on record, freelancers saw their average quarterly earnings increase from £23,243 to £29,601.

This relative stability in earnings and business confidence was reversed in 2020 with the coronavirus pandemic. In the first quarter of the year, freelancers’ average earnings fell from £22,742 to £20,821. As the full impact of lockdown hit, freelancers’ earnings then plummeted to £15,709 in the second quarter of 2020. This drop was because, although freelancers’ average day rates remained relatively stable, the average number of weeks they were not working per quarter rose from 3.3 to 5.5 out of 13. 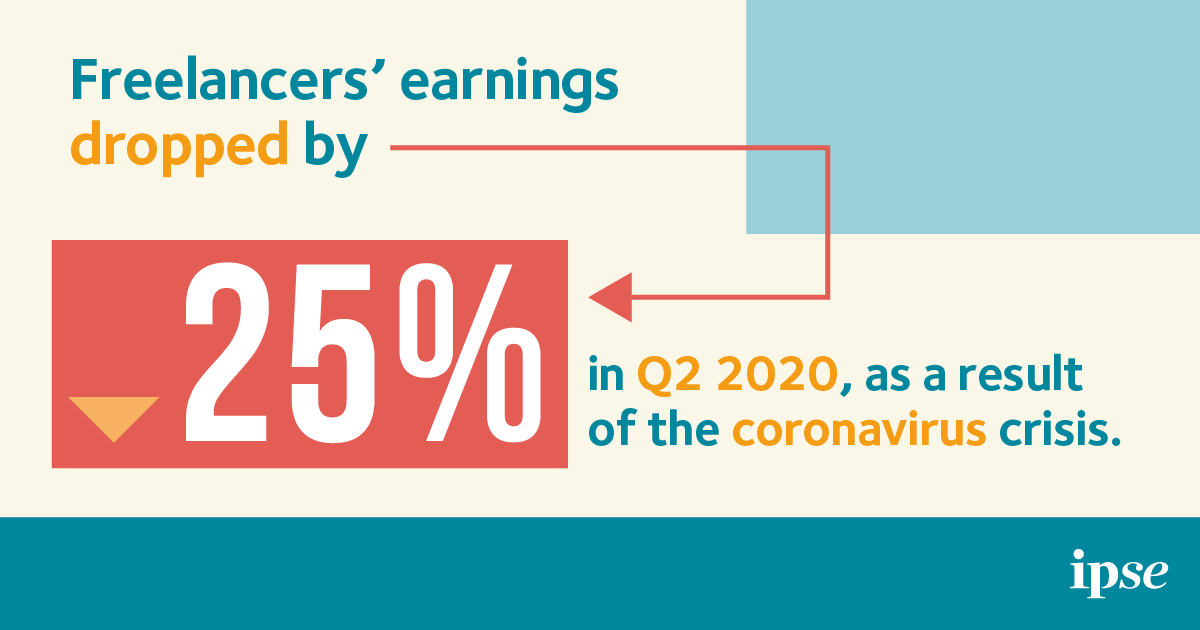 Overall, IPSE’s Confidence Index Longitudinal Report shows a sector that has been more attuned and exposed than others to political and economic fluctuations. Despite this exposure, the self-employed sector has generally remained more resilient and agile compared to other sectors, largely retaining business confidence and earnings levels – even benefiting from surges in demand in some periods of instability. The report also, however, shows how these trends have been reversed by the extreme and extraordinary circumstances of the pandemic, leaving the freelance sector more financially fragile and in need of external support than at any other period on record.

Getting the self-employed on the property ladder