Lockdowns and support gaps: Counting the cost of the pandemic on self-employment 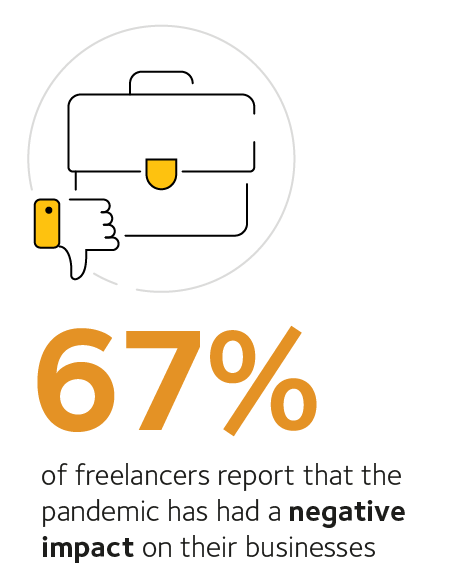 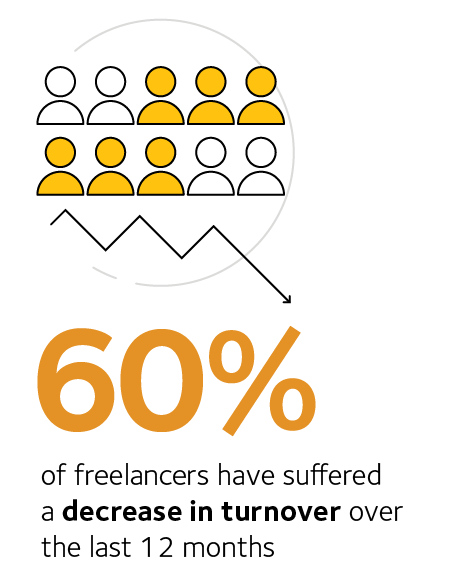 The degree of financial damage varied significantly across the sector. Although a small group (10% of the sector) said their businesses actually improved during the pandemic, overall, of those who had suffered a decrease in turnover, almost half (47%) have seen their turnover decrease by over 40 per cent. Almost one in ten freelancers (9%) even saw a devastating reduction of over 90 per cent in their turnover.

Freelancers who managed to avoid the worst of the damage said they had adopted a range of strategies to boost their businesses during the pandemic: exploring new business concepts (32%), taking training to expand existing skills (24%) or learn new skills (22%) and expanding their client base (24%).

There were significant differences between age groups and genders too. Almost two-thirds (62%) of freelancers over 35 saw a decrease in turnover, compared to half of under-35-year-olds. Over two out of five male freelancers (43%) also said their turnover decreased a lot compared to 36 per cent of female freelancers.

A key factor in the scale of the financial damage seems to have been the level of government support on offer. While the government’s Self-Employment Income Support Scheme (SEISS) offered substantial support to approximately 3.4 million people (the total the government has claimed are eligible after it extended support to newly self-employed people earlier this year), it left out between 1 million and 1.5 million freelancers. This has led to over half of freelancers (52%) saying they do not feel supported by government. Among limited company directors, who were entirely excluded from support, this rises to more than two out of three (67%).

One other key reason was the changes to IR35 self-employed taxation. One in ten (9%) said this was why they planned to leave freelancing, but this rose to 30 per cent among limited company directors who are most affected by the changes.

Taking stock: Assessing the impact of IR35 reforms in the private sector