We have to stop this happening again

The changes to IR35 were a disaster when they were introduced in the public sector in 2017. They led to mass walkouts, project delays and even the cancellation of major projects.

How can you help?

We urgently need real and verifiable case studies of the damage caused by these changes to the public sector - if not from you, ask other contractors. We're especially interested in NHS case studies and also anything Intelligence/Security related.

Please also send any thoughts you have to [email protected].

Here are 3 other practical steps you can take too: 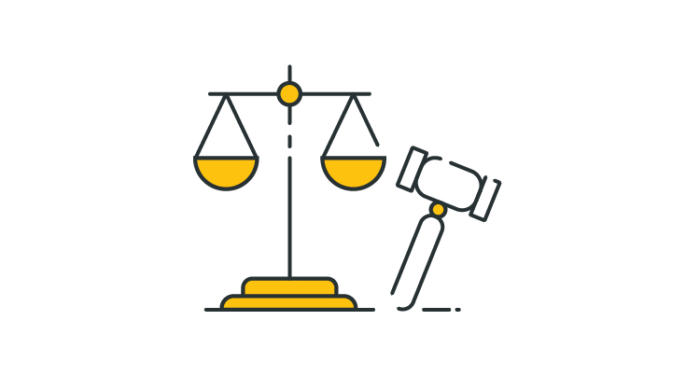 We’ve asked you to write to your MP before, and many of you have – thank you. It would help us enormously if you would do so again. We also urge you to contact your MP on Twitter. Tell them why you are so concerned about the draft legislation and use the #stopIR35 hashtag.  (But don't forget: please keep your comments civil and constructive.)

If you don’t know who your local MP is, you can find out by using the finder below. The letter is always more effective if it is personalised, written in your voice and draws on your own experiences. Make sure to stress how extending the changes would affect you personally – and what impact it might have on your voting intentions. Otherwise you can download our template letter. 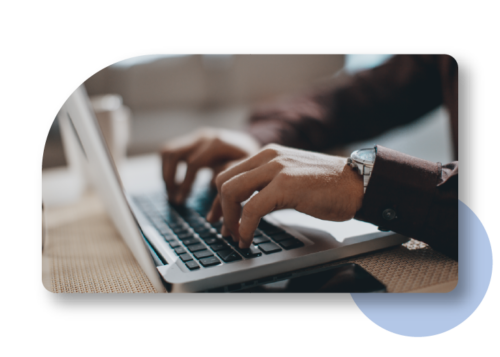 Our Policy and External Affairs team work with Government, Parliament and right across the political landscape to make the UK a fairer place to be freelance or self-employed.

IPSE members directly enable us to deliver hard-hitting research and all of our political campaigning - so we make the working world of the self-employed a better place!

Join 74,000 of your fellow independent contractors, freelancers, consultants and interims today and get all the benefits IPSE membership has to offer. 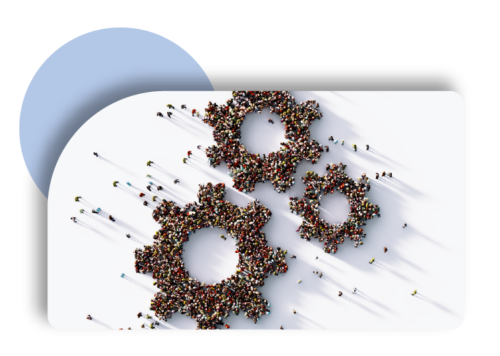 Doing this will help raise awareness of the fundamental flaws of IR35 and give a voice to all of those who will be affected. 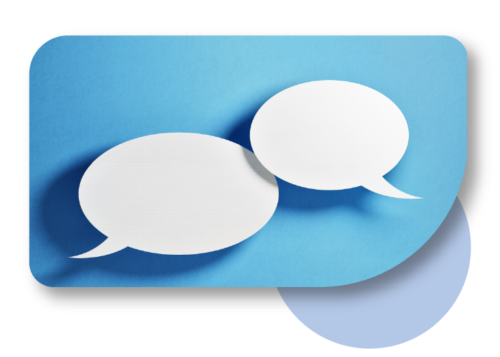 Want to know more about IR35?

IR35 is deeply damaging tax legislation which affects the UK’s smallest businesses, and it’s about to get worse. The government wants to make end clients responsible for determining IR35 status, which will result in even more contractors being unfairly taxed.

Ultimately, the proposed change, due to come into force in April 2020, is going to pit business against business – exactly what we don’t need as we leave the EU.

In these pages you will find information on why IR35 is so flawed, and why the government’s changes will make it worse.

What is IR35 and how is it changing?

IR35 - often referred to as the "intermediaries legislation" or "off-payroll" rule is a tax regulation first imposed by the Labour Chancellor of the Exchequer, Gordon Brown, in 1999. Despite all sorts of pre-election or private promises to scrap, replace or reform IR35, it’s been made worse by every government since.

It tries to differentiate the tax treatment between a genuine contractor who's in business on their own account and a "disguised employee" who would, if the contractual chain is ignored, appear to be an employee of the end-user. The effect of this is that a business "inside" or "caught" by IR35 is forced to pay employee-like taxes, with a only 5% of turnover allowance for some expenses and training, whereas a business "outside” IR35 will operate under the normal company tax regime just like every other company in the UK.

At IPSE we call your clients "clients" or "end-users" or "engagers" - they are never your employer and nor are you ever their employee, even if you're IR35-caught.

At its simplest, and from April 2020, the responsibility for the decision of whether your company is IR35-caught will shift from you and your business to the end-user, and the liability for getting that decision wrong will also shift to the end-user. IPSE believe this to be wholly wrong - how can (and why should) an end-client be the arbiter of your company's tax affairs and modus operandi?

Not only will the decision-maker change but what your business has to pay in taxes will change - the 5% allowance will go, no expenses will be permitted and in some cases your business will even end up paying the Apprenticeship Levy - which other small businesses are normally exempted from. You may even end up footing the bill for Employers' National Insurance Contributions despite the fact that you're NOT their employee and they're your client, not your employer.

Why IR35 is so damaging for the UK’s smallest businesses

IR35 is a tax law that allows HMRC to treat fees paid to a limited company as if they were an employee salary. It was created to stop ‘disguised employment’ – where employers save by paying their employees as if they were limited companies. This allows them to avoid all kinds of costs, from Employers’ National Insurance Contributions to sick pay and holiday pay.

What are the issues?

The main problem with IR35 is that it unfairly affects the smallest companies: freelancers. Numerous freelancers who legitimately use a limited company model to supply services have been falsely accused of ‘disguised employment’.

Since its foundation, IPSE has been campaigning against IR35 and its damaging effects on UK freelancers. Unfortunately, despite our hard work, IR35 remains on the statute book. That means everyone who provides services through their own limited company has to make sure they’re compliant with IR35 – or as compliant as it’s possible to be with such flawed and unclear legislation.

2.IR35 in the public sector

Since April 2017, responsibility for determining whether a contractor falls under IR35 has been moved away from the contractor themselves to the public sector body they are working for.

If the public sector client decides IR35 should apply – and most have – then the contractor’s payments are taxed at source, as if they were an employee. It’s meant many contractors have moved out of the public sector, stalling numerous projects across Government.

It has been nothing short of a disaster and we are doing everything possible to stop the Government extending the changes to the private sector.

In May 2018, the government launched a consultation on extending these catastrophic public-sector reforms to the private sector. Despite providing very little evidence to support its claims, the consultation document asserted that there is widespread non-compliance with IR35, thus justifying the intention to extend the changes to the private sector.

The consultation also included independent research, which investigated the effects of the IR35 reform in the public sector. The research contradicted HMRC’s assertions and instead served only to raise serious concerns about the wholly disruptive impact on the public sector.

IPSE campaigned forcefully against the proposal. Our consultation response can be seen here.Unfortunately the government decided to push ahead with the policy, despite its obvious flaws. We did, however, manage to convince the HM Treasury to delay the roll out in order to address some unresolved problems.

In March 2019, the Government launched a further consultation to consider those problems. It intends to apply the change to IR35 in the private sector from April 2020. IPSE will use this consultation period to highlight the devasting problems this anti-business measure will cause.

No, this just isn't true. Contractors would often actually be better off if they were sole traders. The problem with that is that the protection of limited liability isn't available to sole traders but is pretty key to someone who might helping build a nuclear power station or designing banking systems. In addition, almost all end-users of contractors insist on a limited company model so that they're protected from tax claims which could arise if a sole trader fails to pay their taxes.

No, they really aren't. Contractors are small businesses and want to operate like that because they just don't want to be employees. IPSE has consistently found that more than 75% of contractors do not want a permanent job. Contractors enjoy the variation and flexibility of assignments, they enjoy the choice of the tasks they take on, they enjoy being able to dip in and out of contract. They often cite office politics and a dislike of hierarchical structures as the reason they want to stay as contractors. They rarely refer to taxation as a reason for being a contractor, but they do recognise that there is, as there rightly should be, a reward for being in business and taking on all the risks that entails.

Yes they are. Can you imagine a business being forced to take on permanent employees for a two- or five-year project? Say a business wins a bid to build a new stadium which over the course of the project meant they had to hire 200 employees in engineering positions. At the end of the project they end up with 200 members of staff and no work for them to do, but they have an obligation to provide work to them or to make them redundant with all the costs of that. This would force up the costs of that stadium. What suits the business is the engage the specialists they need, just for the time they're actually required.

They get access to a skilled, experienced and knowledgeable group who’ve done this before, who can sell their services to the construction company for just the amount of time needed and then move on to a new client.

That's the real way business works, and the way businesses need to work in the modern world

Myth: All contractors are being taken advantage of by unscrupulous employers who are avoiding their employment obligations

Whilst it's true that there are a very few businesses which have done this, it's impossible to believe that this is commonplace or widespread. Whilst, for example, a whelk-picker may be conned into becoming self-employed by unscrupulous gang masters, it's beyond credible that a planning specialist in nuclear power station construction hasn't made a considered and careful decision to start their own business.

Myth: HMRC say they're losing £900m a year in taxes and it's growing

They may say this, but despite many, many requests both in Parliamentary questions and in Freedom of Information requests, they’ve never been able to actually demonstrate just how they arrive at this number. Ask them to show their workings and suddenly they become very, very quiet. IPSE has come to the conclusion that their figures are more "finger in the air" than properly evidence-based.

Wrong. Research by Kingston University shows that contracting, freelancing and self-employment is worth £305 billion to UK plc.

Further research by Professor Andrew Burke shows that they enable their client to be more innovative.

Myth: PAYE and full-time employment is the only workable model

This is an anachronism. Full-time employment was almost unheard of prior to the Industrial Revolution when the world of work changed, and that and PAYE are relatively new models. With the advent of modern systems, PAYE is in fact old-fashioned and constraining - but it is really, really easy to administer and perpetuate so it's seen by HMRC as the ideal.

The world has changed again, the internet knows few national boundaries, the world moves at a far faster pace than ever before and modern working has to recognise this and the requirement for flexibility and agility. In fact, full-time employment is likely to be seen, in just a few years, as a blip in the arc of the progress of modern work.

Back to the hub

Back to the hub