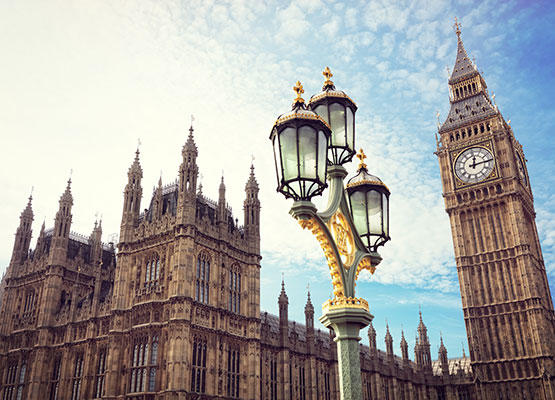 Since the Government’s decided to push ahead with the proposal to change the way IR35 works in the public sector, in spite of the wave of criticism it had attracted during the consultation process, IPSE has been pressing for answers to urgent questions.

We’ve attended several meetings with HMRC over the last few weeks and while some light has been shed on how this will work in practice, the overall impression is that there is still much that needs to be worked out. And to no one’s surprise, the early indications from public sector bodies is that they are struggling to make any sense of it at all.

We still cannot understand how the Government can justify legitimate business expenses, such as accountancy and insurance costs, not being deductible for tax purposes. Apart from anything else, this could lead to company directors funding companies which would otherwise be operating at a loss, which is illegal. We’ve put this point to HMRC but as yet we still haven’t received a coherent response.

We also haven’t been able to illicit a satisfactory response to the concern that this measure will be a disincentive to making a private pension contribution, which will have to be made after tax has been deducted. Although this can partly be ameliorated at year end via self-assessment, it still will not account for the National Insurance Contributions. We think this directly contradicts the Government’s drive to encourage pension savings, and we are pressing this point heavily.

Many IPSE members are understandably worried that if their client decides in April that IR35 should apply, it may mean HMRC will be more likely to investigate the months preceding April. Some contractors feel compelled to terminate their contract on this basis alone. To stay in the engagement even after the client has decided IR35 applies, could be taken as agreeing with that determination. On this point HMRC has at least been clear. There will be no amnesty and HMRC has refused to rule out retrospectively applying 2017 assessments to work done previously by the same contractors at the same client.

On the agency side, there is consternation over why an assessment of the engagement has to be requested, rather than there being an obligation on the part of the client to provide an assessment automatically. And there are still agencies out there that do not operate Real Time Information (RTI) software – how will they cope with this change?

We’ve now had our first look at the Government’s digital tool. It’s essentially a series of questions, which when completed gives a determination of whether an engagement is inside or outside IR35.

The structure of the tool seems to be set and the questions by-and-large relate to case law. Issues like the right to send a substitute, control of the worker, and the level of financial risk are key, but there is still a lot to do around the language and IPSE hasn’t seen how the questions are weighted.

It’s due to go live on 20th February. And it needs to. Thousands upon thousands of engagements will need to be assessed by this tool by the end of February, so that contractors, clients and agencies can go work in March knowing how to treat payment for that work which will be made in April, after the new rules kick in.

That is of course, if clients use the tool in the first place.

A recently leaked memo from TfL confirmed what IPSE had already been told by some of its members who had the misfortune to be working there. TfL would no longer be engaging “off-payroll” workers. There was no mention of the digital tool in the memo, and no mention of any attempt to assess IR35 status.

IPSE raised the TfL approach directly with HMRC and at the highest level of the Civil Service. At the same time, contractors within TfL began to indicate they might terminate their contract, rather than accept the new tax terms.

It’s hard to know what prompted it, but it appears as if TfL has retracted from its position - although it remains to be seen how things will pan out.

But the initial approach from TfL is worrying. IPSE warned the Government that public sector bodies would be risk-averse. They would not have the time, the expertise or the inclination to assess the IR35 status of all of their engagements. Instead they will attempt to push all contractors on to the payroll, regardless.

And that is exactly what initially happened at TfL.

Now consider what will happen if all public sector bodies take the same approach. In central and local government, contractors who will have legitimate concerns over the issues mentioned previously (retrospective investigation; pension provision; disallowed business costs) may well walk out. Work will simply stop. Clients will have to find the resource from somewhere to get the projects going again, and they will probably turn to the big consultancies, at huge cost to the taxpayer.

The Government hasn’t properly considered the consequences of this ill-conceived measure. It should have at least delayed implementation until some of these concerns could be ironed out, but it appears to be hell-bent on bringing this in no matter what problems it may cause.

It’s now up to the public sector clients to carefully implement this mess, so that it does as little damage as possible. IPSE has made it clear that we are on hand to assist with this process in any way we can.