So, NHSI has morphed into HMRC2 now- threatening recruitment agencies that are supposedly using non-compliant umbrella companies. They promise to shut down such agencies and help to bring prosecutions- interesting indeed? They also state: “nurses and locums found to be using these payroll schemes to avoid paying tax and NICs on their full salary, will be reported to their respective bodies NMC and GMC, which may result in their licences to practise revoked IF THEY DO NOT MOVE TO BANK or a COMPLIANT UMBRELLA COMPANY! 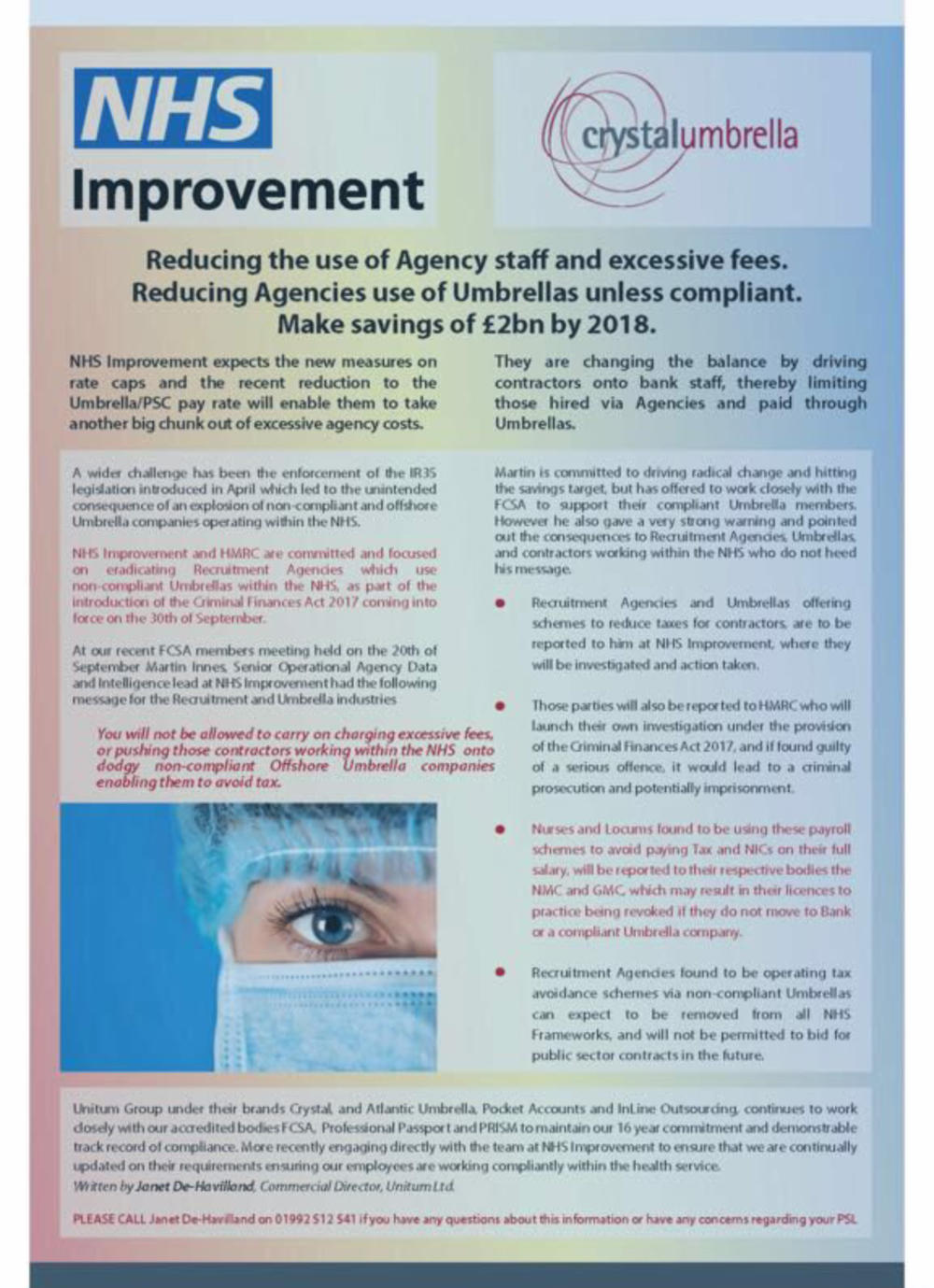 Have I missed something here- is NHSI now a department in HMRC or vice versa? And how exactly do they define a non-compliant umbrella- one that does not comply to their policy of blanket IR35.

As for umbrellas and FCSA- are you going b (sic) to take this lying down? Everybody does not want to put their head above the parapet ofcourse- fortunately we’ve heard of an action ensuing.

I wonder if NHSI are acting within their powers or over-reaching yet again. Why can’t public bodies just work within the law- is it that hard? Yet another problem caused by the 2017 Chapter 10 amendments (IR35)!