Could the UK be facing imminent economic turmoil? 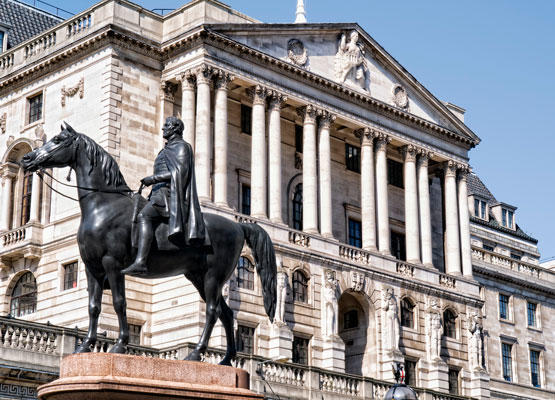 The Bank of England just released its quarterly inflation report, where they predicted an economic slowdown through 2017. GDP figures released recently have already shown UK economic growth slowed to 0.3%, despite data in the same month showing that the labour market remained very strong - as it has been since 2011.

First let’s highlight the good news - employment. The numbers remain strong, although the Bank of England and the Institute of Fiscal Studies (IFS) question whether there is much room for further improvement.

The IFS recently analysed developments in the labour market over the past few years. The key point raised by the IFS is the fact we have experienced exceptional growth in the jobs market in the past five years, resulting in a record high employment rate of 75% and unemployment at a 32-year low of 4.7%.

Understandably, the IFS believe it will be difficult to continue this upward trend. But it is also positive about the nature of the recent growth in jobs. They refute the assertion from some observers that the recent growth in jobs has been in low-skilled occupations and argues there is no evidence of this. In fact, the UK labour force is very skilled, with graduates making up more than a third of those working or available to work. It’s not all positive in the labour market however, although unemployment is very low – underemployment, those working fewer hours than they would like to, is higher than was the case in 2008. However, this has improved over the past five years.

The UK’s poor pay growth is the key concern for the Bank of England and the IFS. In real terms, having accounted for inflation, the average UK worker is still earning significantly less than they did in 2008. This is a remarkable nine years of stagnant pay after a significant decline immediately after the financial crisis. Low paid individuals have seen some support with increases in minimum wage, but higher paid workers, men and younger workers have seen the greatest decline in their wages.

What continues to underpin poor pay growth is our poor rate of productivity growth. This is what needs to be addressed urgently, as living standards are being affected to an ever greater extent, especially as inflation has already started to match pay growth.

There is now real potential for a vicious cycle to be generated by a decline or stagnation of real wages. For the past two years, consumer spending has been buoyed by historically low (at some points negative) rates of inflation which made people feel better off despite the fact their pay wasn’t increasing very quickly.

Recently though, this trend has come to an end. Inflation has been on the rise since the end of last year and has now overshot the Bank of England’s 2% target to sit at 2.3%. While consumer spending has recently been the stand out strength in the UK economy, it appears as though this is under threat from inflation. Nominal pay increases also sit at 2.3%, which means in real terms, at the start of this year, the average worker was no better off than they were last year.

The question is now, will inflation begin to outpace wage growth, making us all worse off and dampening economic growth? Or can the success of the labour market finally translate into higher wages as the number of available workers diminishes? Economists will await wage growth data with bated breath over the coming months.